During research (this time for AEG-Telefunken), I found this long PDF in German (Rechnen mit Maschinen, 336 pages) with many vintage photos of famous and rare computers, some selected photos, lucky lady (can she really handle it all?). Photo 2 is on the web but in lower scale. Zuse I only knew the Z-computers. Of course more Zuse photos. Also the very early history. 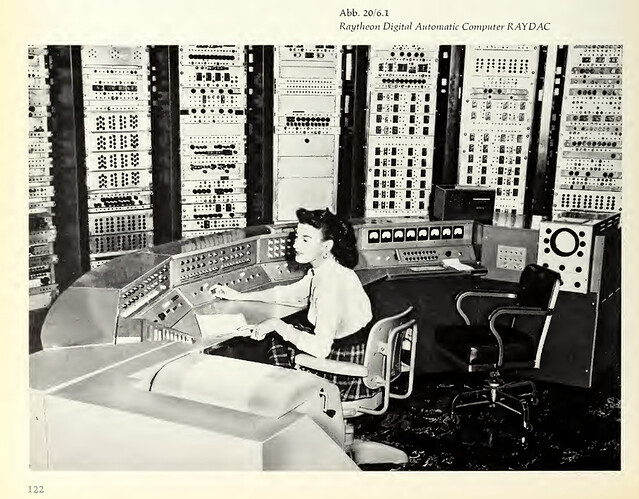 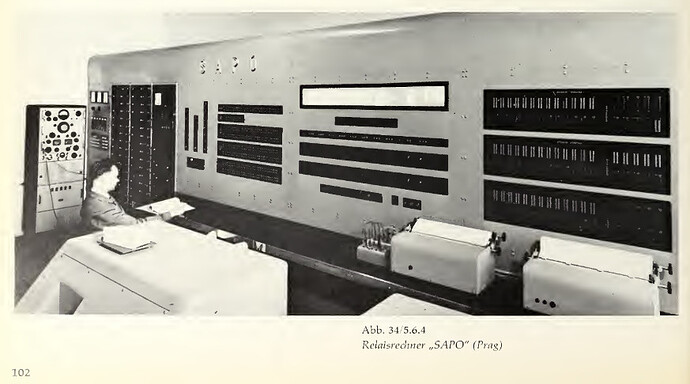 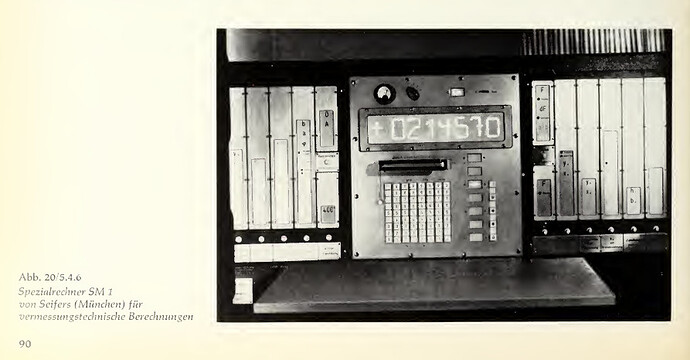 Wikipedia has entries but no photos

The SAPO (short for Samočinný počítač, “automatic computer”) was the first Czechoslovak computer. It operated in the years 1957–1960 in Výzkumný ústav matematických strojů, part of the Czechoslovak Academy of Sciences. The computer was the first fault-tolerant computer – it had three parallel arithmetic logic units, which decided on the correct result by voting, an example of triple modular redundancy (if all three results were different, the operation was repeated). SAPO was designed between 19...

The RAYDAC (for Raytheon Digital Automatic Computer) was a one-of-a-kind computer built by Raytheon. It was started in 1949 and finished in 1953.[page needed] It was installed at the Naval Air Missile Test Center at Point Mugu, California. The RAYDAC used 5,200 vacuum tubes and 18,000 crystal diodes. It had 1,152 words of memory (36 bits per word), using delay-line memory, with an access time of up to 305 microseconds. Its addition time was 38 microseconds, multiplication time was 240 microsecon...

Thanks for the link, this is really an interesting book – not just because of the images!
(Don’t miss the detailed part on components and peripherals at the end.)

Something, I found amusing: on p. 119 we find (next to an image of Whirwind):

The binary number system is finally recognized in the USA, too, as useful for suiting electronic circuity and adapted.

Also, the third image (the SM 1 by Seifers in Munich/Germany): What is this display?
I guess, it’s kind of a CRT – but the size! Why?

The Zuse/Seifers SM 1 was the predecessor of the Zuse Z11. It was used for geodesy and land consolidation. Previously there were Seifers S1 and S2 (~1944 ?, 800 relais, there were only ~2 other computers in the world) 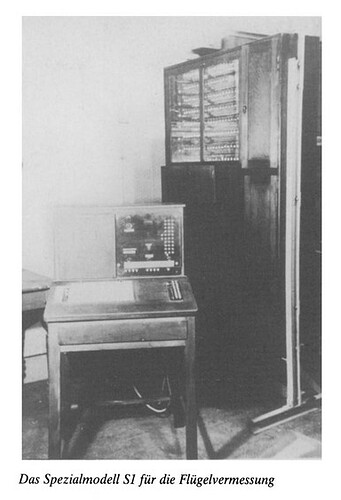 zuse-s1385×563 36.7 KB
Photo and some more info from Der Computer: Mein Lebenswerk by Zuse (Google Books, apge 63,64). I think Flügelvermessung (measuring of wings (of planes)) here means measuring a flying bomb.
The SM1 was at least at display up to 1967 at the Deutsches Museum.
I haven’t found any other pictures and very few information. Not even on the official Zuse site. Some info on GWDG-Nachrichten – Sonderausgabe 40 Jahre GWDG.
oldben July 11, 2022, 5:59pm #5

ATTENTION
This room is fullfilled mit special electronische equippment.
Fingergrabbing and pressing the cnoeppkes from the computers is allowed for die experts only!
So all the “lefthanders” stay away and do not disturben the brainstorming von here working intelligencies.
Otherwise you will be out thrown and kicked anderswhere!
Also: please keep still and only watchen astaunished the blinkenlights.

Thanks very much. Via Google I found titles of these documents elsewhere but I think they couldn’t be opened for free. And I first wasn’t aware, that some of the documents have several subpages.
The best one is this panel of the S2 (I think S1 is similar or same) 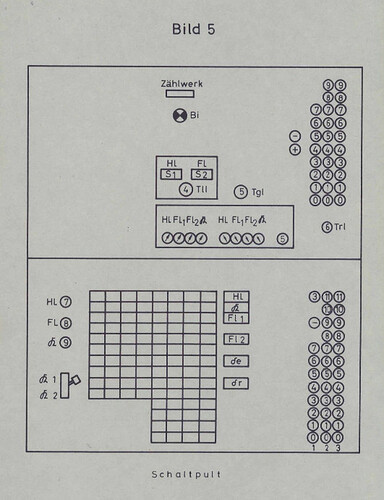 s2console531×691 75.7 KB
As Germany was about to loose WW2 in 1944, they didn’t use it.
Maybe Zuse relatives and fans don’t like to be associated with the war and that’s the reason you can’t find it easily.
There are some more pictures including the patent, but not about the computers but the planes etc. Some dates are wrong (1952 instead of 1944).