(Audio) interview with Rodnay Zaks (writer, publisher, 6502 and others)

An audio interview in the form of a video (57 mins): 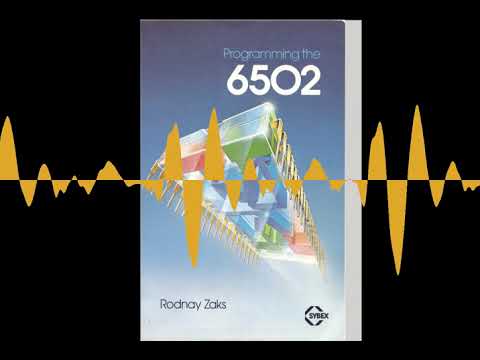 “The first 5,000 books sold out, mail order, within a few days. So it was clear that there was more interest than we anticipated.”

You will briefly meet the META 4 system from Digital Scientific: 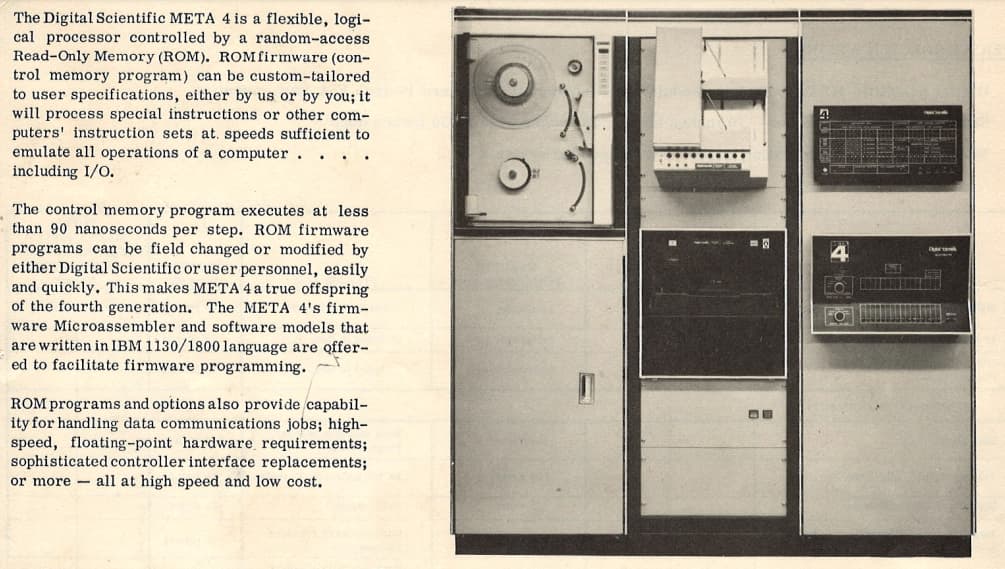 The Internet Archive has heaps of Sybex texts, from a 1976 training course to Programming the 6502, a book which means a great deal to me and which was possibly the first computer book I bought.

Cover, from The Media Archaeology Lab 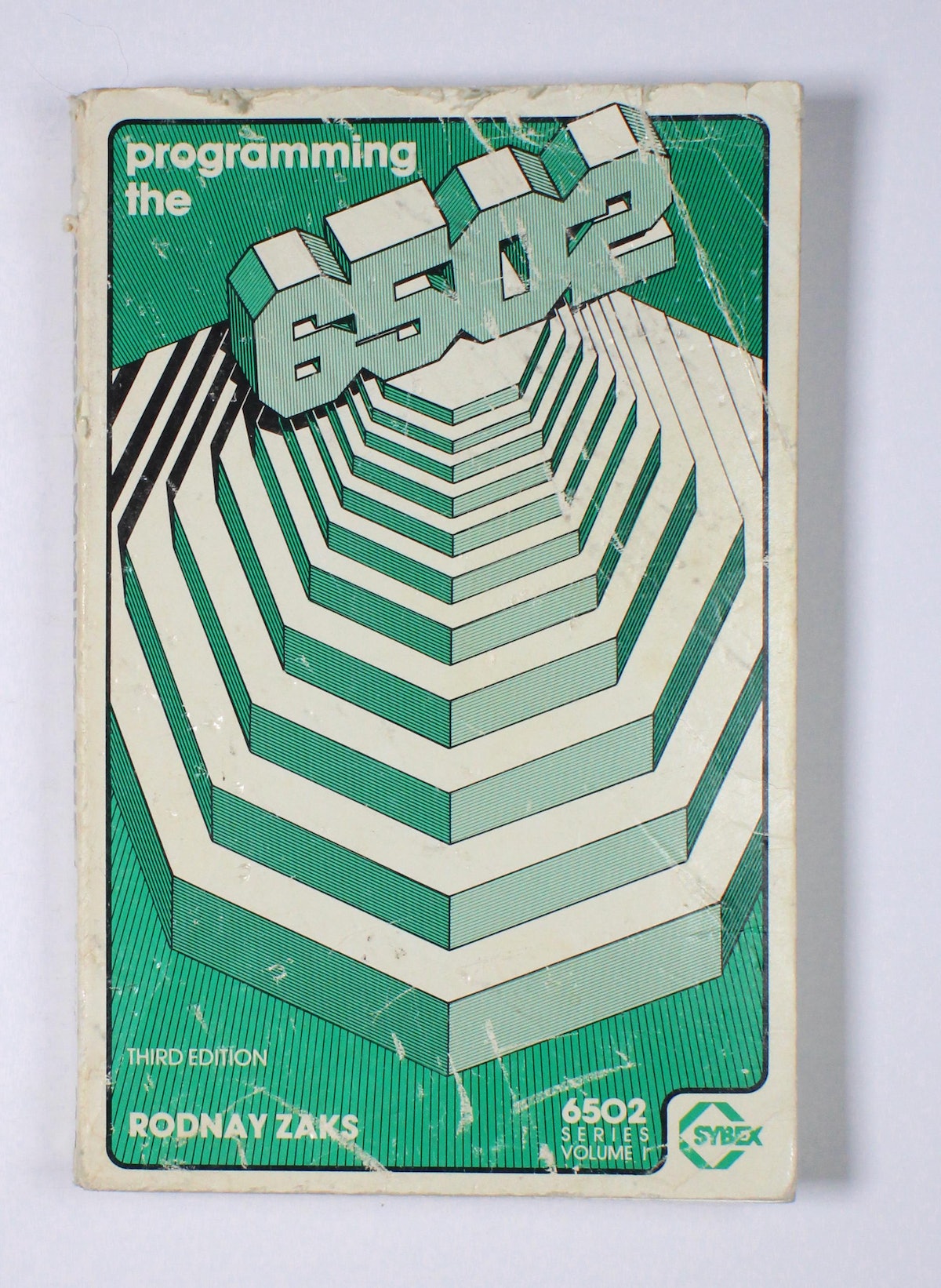 Here’s a 1977 Sybex advert for courses, in Personal Computing: 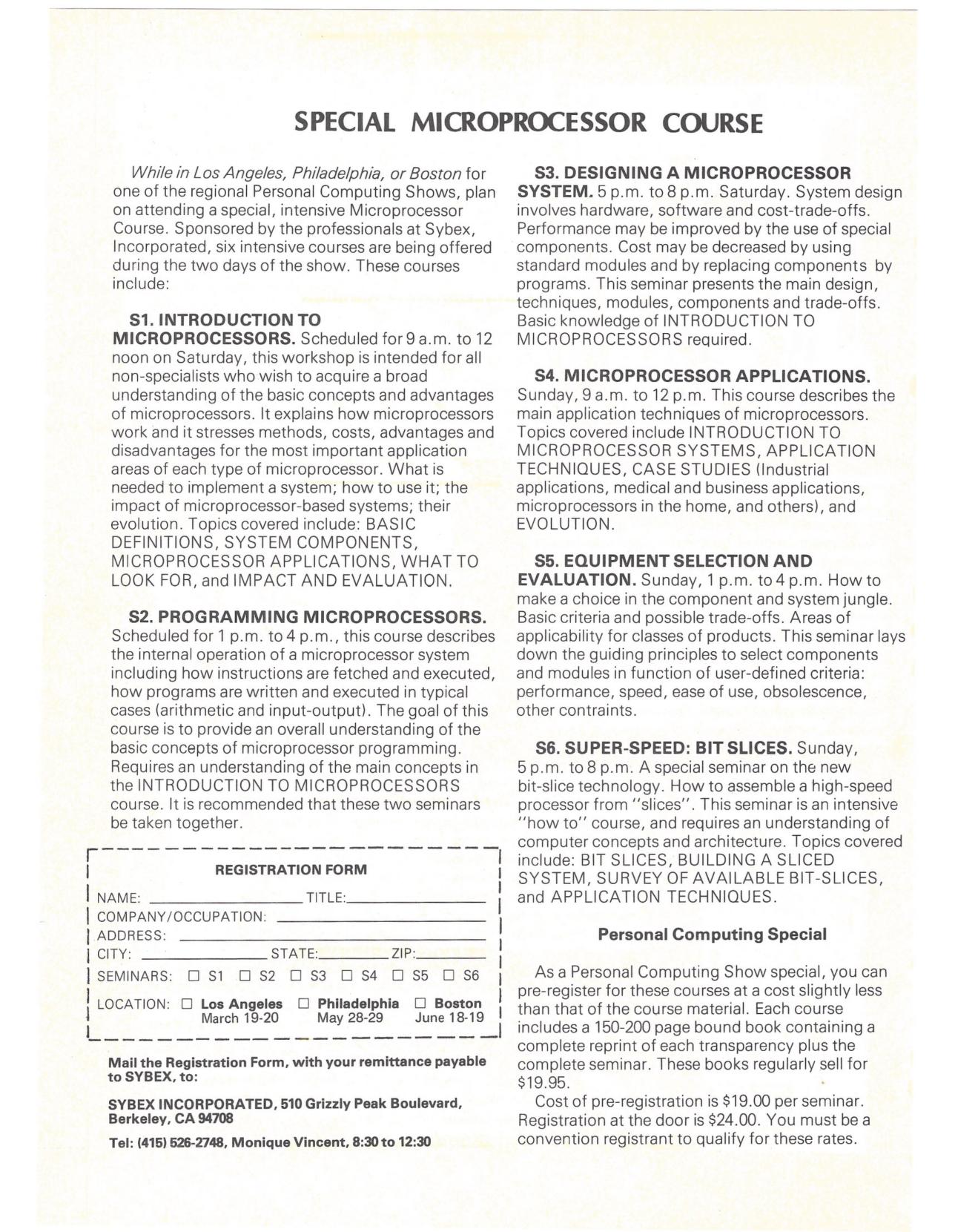 I think I had that book!

The APL project that Rodnay worked on for the business school took place at the Center for Research in Management Science, in the basement of Barrows Hall. I joined the project in January 1971. By that time Rodney had graduated and moved on, and the project was being run by Mark Greenberg and Charles Grant, with George Morrow designing hardware. Those names may sound familiar: Greenberg and Grant went on to found Kentucky Fried Computers, which soon became North Star. Morrow started Morrow’s Microstuff, which evolved into Thinkertoys, and finally Morrow Designs.

When I joined the project, I was given Rodnay’s Digital Scientific META 4 microcode and a copy of his thesis. His code was very clever but very complex, and it wasn’t working. After studying it for a while, I started over, building a straightforward virtual machine that could execute scalar operations and basic array operations; it had integer and floating-point arithmetic (with correct rounding!) and a heap storage allocator. The META 4 control store was small enough that the project had acquired a second machine to run a more conventional instruction set and a simple timesharing machine with a systems programming language. Programs were compiled on the timesharing system and downloaded to the APL machine for execution. By the end of 1972 I’d written and tested microcode using an emulator that ran on an SDS-940 belonging to Project One in San Francisco. (A year or so later, Project One started the Community Memory project on this same machine.) The APL system was used for a number of years to support behavioral research using business simulation games.

Rodnay later published his thesis as a Sybex book; sadly it doesn’t seem to be in the Internet Archive collection:

Thanks for sharing your first-hand experiences and your documents @pmcjones!