This just popped up on my twitter feed - a BBC interview with Peter Zinovieff who died recently. Peter was an early electronics and computer music creator and went on to create synthesisers used by many musicians/groups…

@BBCArchive
The hugely influential synth pioneer Peter Zinovieff, has died aged 88. A couple of years ago, BBC Archive caught up with the great man and asked him about his 1968 appearance on Tomorrow’s World and what music would sound like in another 50 years time. https://t.co/f5zIWKaeaA 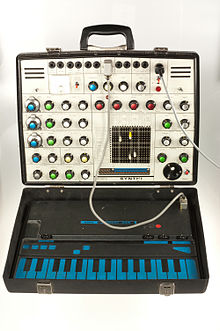 Peter Zinovieff (26 January 1933 – June 2021) was a British engineer and composer, whose EMS company made the VCS3 synthesizer in the late 1960s. The synthesizer was used by many early progressive rock bands such as Pink Floyd and White Noise, and Krautrock groups as well as more pop-oriented artists, including Todd Rundgren and David Bowie. In later life he worked primarily as a composer of electronic music. Zinovieff was born on 26 January 1933; his parents, Leo Zinovieff and Sofka, née Pri...

Interesting! I had a moment of scepticism that his computers (a PDP-8/L and /S) were named after his children Leo and Sofka, rather than the other way around, but it turns out his parents were also called Leo and Sofka, anticipating DEC’s naming conventions…

There’s an earlier mention of Zinovieff and a video within an earlier comment:
Cartridge Music (C64, Sega Megadrive)

Regarding the PDP-8, mind Peter Zinovieff, who did some avant-garde and experimental things in London in the 1960s on the MUSYS system developed together with Peter Grogono.

There’s a nice diagram of Zinovieff’s dual-PDP-8 MUSYS system on the linked page: 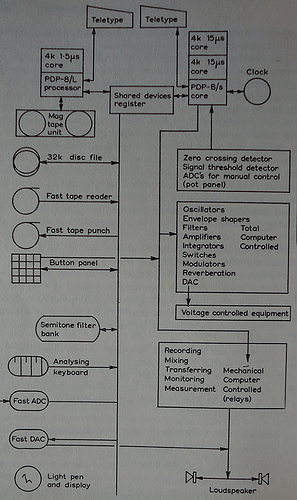 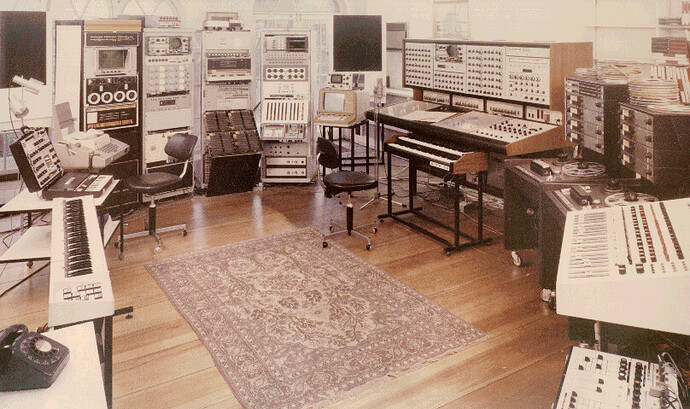 Here’s a British Pathé short film of Zinovieff and his studio and his music: 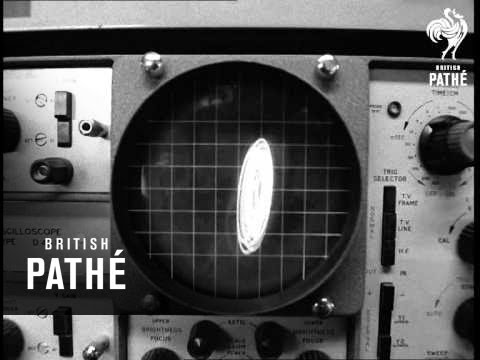 Thanks to @Maurici_Carbo for the tip! Another video is embedded in this article: 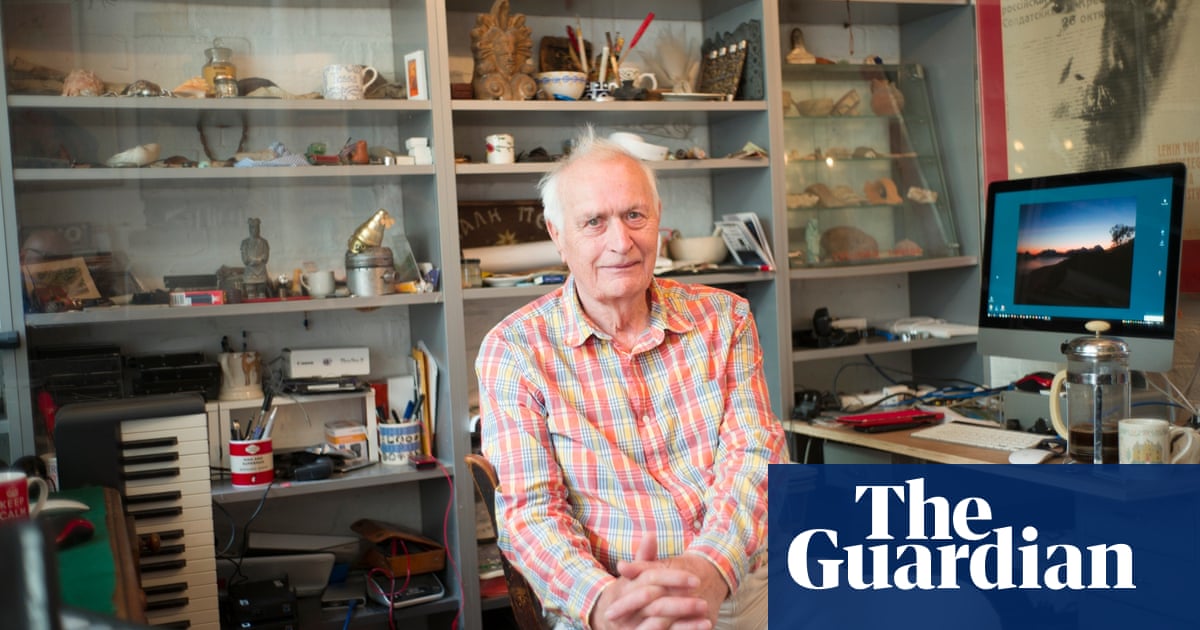 Peter Zinovieff: ‘I taught Ringo to play synth. He wasn’t very good – but...

He invented sampling, taught everyone from the Beatles to Bowie, and climbed up Big Ben to record its ticking. Meet Peter Zinovieff, grandfather of the synth

He then bought a computer to control all the equipment. This was the PDP-8, which had four kilobytes of memory, no hard drive and worked by feeding in commands on ticker tape. It cost £4,000, the equivalent of £100,000 today. “It was a massive family decision,” Zinovieff remembers. “I’m afraid I went cap in hand. My father-in-law had given my wife this ridiculous tiara, made of turquoise and pearls. We managed to sell that for the same price as the computer. She didn’t miss it. It’s often told rather against me, this story, but it was a worthwhile thing to do.