It’s still alive! Today I found my first own programmable calculator in a drawer. I had bought him in 1975 for my studies 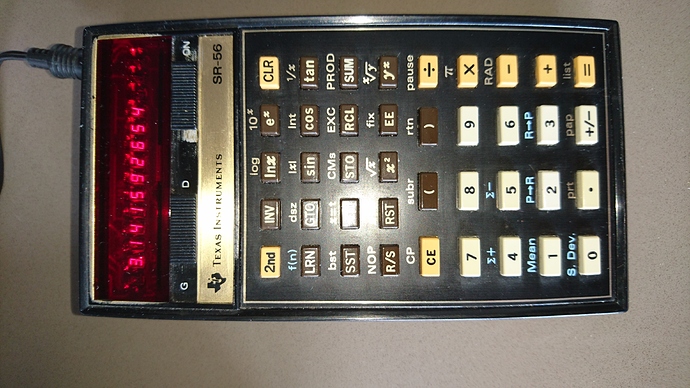 That’s great! I couldn’t afford such a thing back then. I was only vaguely aware they existed.

You might want to check out the earliest (first year or two) issues of Byte. There were quite a few programs for those TI programmables in them. Some pretty interesting, if I recall correctly.

I’m pretty sure that’s the one that Radio Shack rebadged and sold. I had one of those as well. It wasn’t the TI-58 or TI-59, but it did the job for a young high school student. I wrote some programs for my math class on that thing.

When I went to college, my Dad wanted to get me a new calculator. Naturally, I wanted the HP-41, but we compromised on the HP-15C.

Today I found my first own programmable calculator in a drawer

Very nice SR-56! My first was a subsequent model, the TI-57 - lower accuracy, fewer displayed digits, fewer program steps, fewer memories, and all just packed in one chip rather than four, so presumably cost-reduced, if not necessarily cheaper to buy!

It’s nice that your SR-56 is still working. My TI-57 stopped working, so I removed the chip and sent to John McMaster for deprocessing: layout images are here. And subsequently, it seems, Jeff Parsons and Sean Riddle captured the ROM contents and made an in-browser simulator. A good result for a broken calculator! 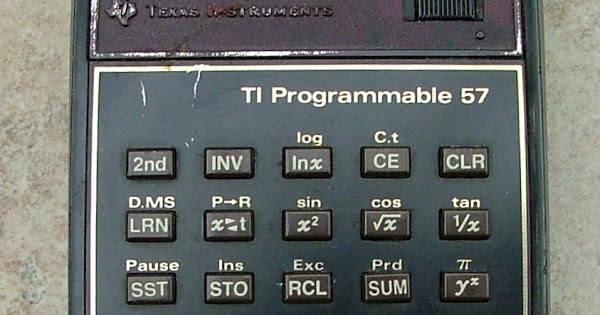 When I went to college, my Dad wanted to get me a new calculator. Naturally, I wanted the HP-41, but we compromised on the HP-15C.

I had use of a 16C in my first job, but I had to leave it behind when I moved on. HP calculators were far too expensive for me for a very long time: eventually I succumbed to buying a 15C when they (briefly) made the limited edition. That model is faster than the original, but the quality control on the keyboard wasn’t great, there were some firmware bugs, and the remake got a bad reputation.

I still have my TI-55II from high school. It was “programmable” in that you could program in function steps to do integrals on it.

But for college, I needed something more programmable and used some of my graduation money to pick up a TRS-80 Pocket Computer 4. I used that all through college.

Probably in about 1979 I got a Casio Fx502p. I really liked it and used it a lot. 256 program steps and 22 memorys. It could also play tunes and save/load from cassette tape.

I liked writing little games on it and I also used it a lot at uni - but once got told off for using it! Part of my course was maths/numerical analysis and we were doing some iterative thing (NR probably) so I just keyed it into the calculator and let it run a few dozen steps then wrote down the answer, indicated I’d done it… and the lecturer was somewhat annoyed. He wanted us to do it step by step and show all the workings. I informed him that I was doing a computing course and that if I could not write a computer program to solve it then what was I supposed to be doing?

I still have that calculator, sadly it’s not in good working order. Scotland, in the middle of winter can get a little cold and I left it in my car for some time and it froze and was never the same. I also must have dropped it at some point as the display now has a crack on it… However I’ve ordered some new batteries for it so it might see the light of day again, who knows… 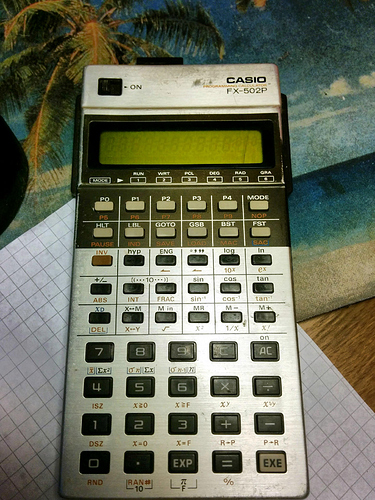 The state of the art for these very quickly advanced - and into BASIC calculators too, then graphing and so on - they all had their uses and I know some are still being used today too.

Thanks for the kind comment. And I have to correct myself: The purchase was in 1976:

There was also a booklet with a collection of ca. 60 programs (math, statistcs, financial, electrics, navigation, surveying, games) and a pad with coding sheets for own programs. 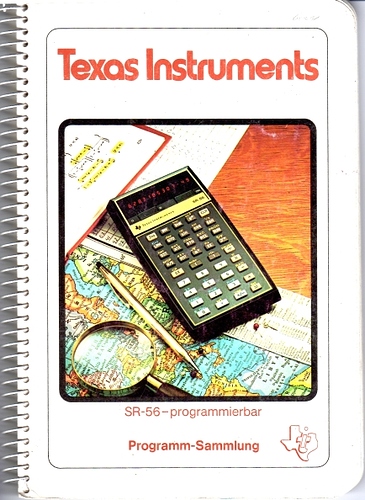 The programs are very clever because they must get by with the limit of 100 program steps and 10 registers. 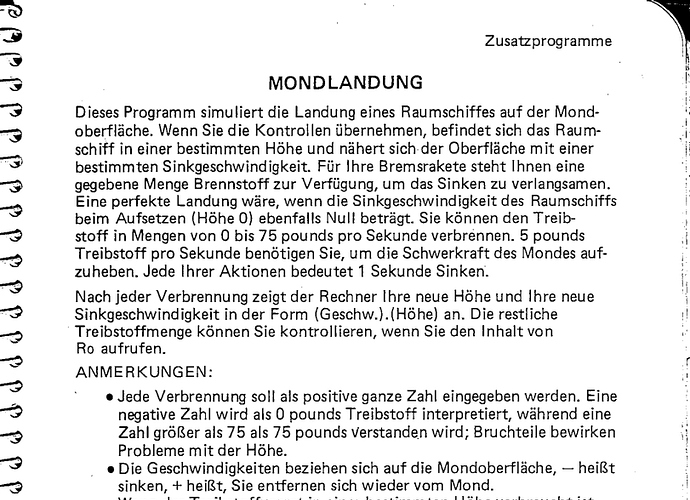 There is a company making small reproductions of some classic HP calculators.

Wow. These are pretty remarkable.

I have a 42S and 48/49/50-ish something emulators on my phone. That 42s looks backlit. That’s one reason I’m not using my real ones any more, I prefer backlighting today.

In '82 I got an HP-34c, which is still around here somewhere, but I didn’t turn on last time I tried. It was fun programming on that in RPN logic.