Greatest simulators - our own Hall of Fame!

The meaning of ‘Greatest’ is entirely up for grabs: it could be the most enjoyable, the most surprising, the most realistic, the most historically important, the one you find most interesting, the slowest, or whatever.

Let’s limit it to a top 3 per person. Games and serious software both applicable, so long as it runs on a retro or vintage system.

Surely, Conway’s Life has to be among the most popular simulations done on computers. In my early programming days, every time I would be introduced to a new computer, one of the first programs I would write was a Life program. The earliest one I can remember is one written in Fortran for the Univac 1108, in the summer of 1971 (after graduating from high school, before I started college that fall).

Ah Life, a very good thought. I hadn’t even considered cellular automata… for my first of three, I’ll pick Acorn’s Aviator (run it here) the Spitfire simulator that’s so realistic you can pull up the landing gear before takeoff, at which point you can do very little indeed. But also you can fly under a bridge. Possibly even upside down, if you’re really good. And all on a 2MHz 6502. 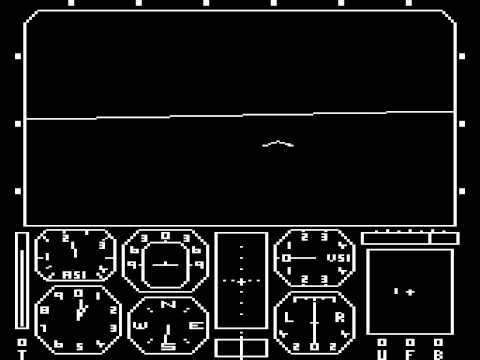 (Note: Despite the caption of the video below, I wouldn’t regard “Mouse” as an actual video game as it still lacks the realtime interaction part. Interactions are restricted to the setup of the maze and starting the simulation.)

Here’s a video of the program running in emulation: 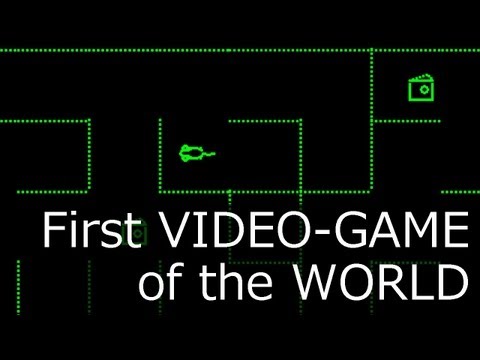 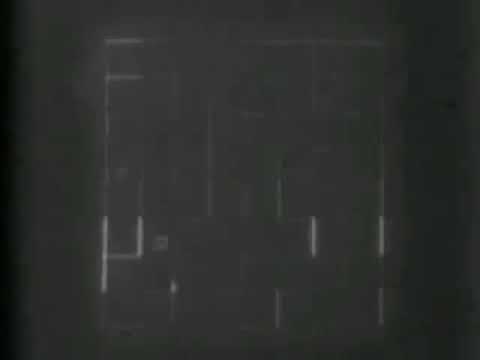 (Nice one, thanks! No comments here please about first games - we already have a thread on it and it would be a distraction here from the Hall of Fame.)

If I’m being honest, when I was in high school programming on 4K PETs with the Chicklet keyboard, and someone typed in Eliza, and I saw it for the first time, it was pretty cool.

I agree, this is not the place to discuss firsts in video games etc.

But how about a popular simulation of emotionally challenged video gamers discussing Desert Bus? (May include explicit wording; includes gameplay footage, as well.)

Good thought @Ricardus - Eliza is in another category of simulations I hadn’t thought of.

Of course, “Spacewar!” (PDP-1, MIT, Steve Russell at al.,1961/62) may be worth mentioning. Apart from an entertaining and engaging demo, one of its primary goals was to provide an accurate simulation of space flight, just when the Space Race was gathering momentum. Mind that this wasn’t originally about Newtonian mechanics and orbits, but rather about maneuvering by rocket thrusters and angular momentum, and gravity was only introduced in a second iteration of the program. Then, it also received another noteworthy update, a simulation of the moving night sky (a 45 degree segment showing stars of the first four magnitudes between 22½° N and 22½° S as listed in the American Ephemeris and Nautical Almanac), the “Expensive Planetarium” by Peter Samson, which could have well been a stand-alone program in its own right.

Online emulation: Spacewar!
Code walk-through: Inside Spacewar! — A Software Archeological Approach
Finally, here’s a reconstruction of what the program may have originally looked like in 1961 (the original source code is apparently lost): Spacewar! (640×640px)

The Rogue - Nethack genre of hack and loot, simulating one genre of literature

Emulators are a great way to reminisce about games and software from yesteryear. [Jorj Bauer] found himself doing just that back in 2002, when they decided to boot up Three Mile Island for the Appl…

And seeing mentions of Spacewar! and gravity, I simply must submit the long-lived and evergreen category of Lunar Lander games. No, simulations.

Lunar Lander games abound on every platform. Along with Tetris and Pac-Man, the game–in which your mission is to safely maneuver your lunar module onto the moon’s surface–is one o…

(I think that puts me over the limit, unless my parenthetical Desert Bus is left out of the scoring…)

Regarding Lunar Lander and Spacewar, the story goes that DEC commissioned the GT40 graphical version of Lunar Lander explicitly to repeat the success of Spacewar as a demo application. If true this showed that both programs were in the same category, which may be rather “entertaining simulation” than “game”.
There’s a prehistory to this, since similar simulation setups, like displaying missile trajectories, bouncing balls, etc, came previously as demos with analog computers. Notably, Higinbotham’s “Tennis”, AKA Tennis for Two, was essentially a mashup of such physics simulations. – As this thread shows quite well, it’s hard to separate simulations from early games.

Similarly, Michigan Pool (William George Brown and Ted Lewis, MIDSAC, 1954) deserves a mention as an entertaining physics demonstration serving as a stand-in for the classified application, which normally ran on the computer, solving guidance problems similar to computing the trajectories of the balls in “Pool”.

I think we would be neglect to not mention the assorted versions of the Air Traffic Control programs over the years.

I remember the an original one advertised for the TRS-80. Later, we had the source code to one written in Pascal that we ported to Turbo back in the day.

Then, there was TRACON for the PC in the 80s.

One of my favorite options was the options of where you send a command to a pilot and they a) ignore it or b) do it wrong (turn the wrong way, change to the wrong altitude etc.)

There was a beautifully elegant one (as a game) for IOS.

These games/sims get really stressful!