He helped to create the mouse and run “The Mother of all Demos”. 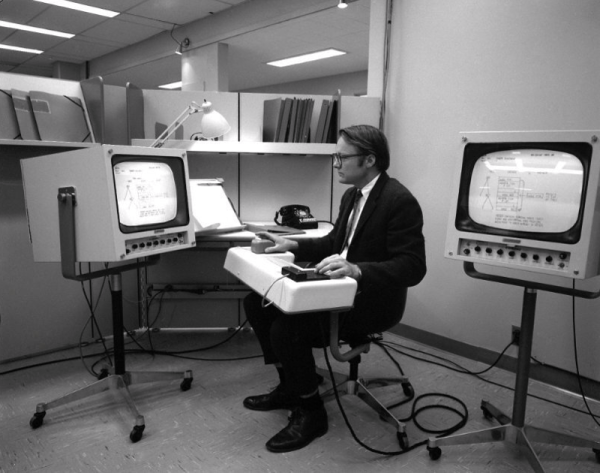 We are saddened to report that William English, co-inventor of the computer mouse, died July 26 in San Rafael, California. He was 91 years old. Every piece of technology starts with a vision, a vag…

We are saddened to report that William English, co-inventor of the computer mouse, died July 26 in San Rafael, California. He was 91 years old.
[…]
William English was born January 27, 1929 in Lexington, Kentucky. His father was an electrical engineer and William followed this same path after graduating from a ranch-focused boarding school in Arizona. After a stint in the Navy, he took a position at Stanford Research Institute in California, where he met Douglas Engelbart.
[…]
Bill designed all the audio-visuals for the demo, set everything up, and staged the 90+ minute presentation by speaking to Englebart and others through headsets. The show was only possible from a technical standpoint because Bill had a chance encounter with a Silicon Valley phone technician and convinced him to set up a wireless link for voice and video between the hall and their lab some 30 miles away in Menlo Park. That, plus the giant Eidophor projector they borrowed from NASA to show the demo to the hundreds of engineers in attendance. English and Englebart discuss the NLS, the Eidophor, and much more in the interview embedded below, but the topic is worth much a much deeper dive (something Mike Harrison did for his talk at the 2016 Hackaday Belgrade conference).