I just ran across this document on Bitsavers, from 1982:

This manual contains the entire set of documents describing the uNIX operating system. This particular version is the fourth in a series of UNIX look-alike systems built during the last five years. It is intended for a single user and does not support any multi-tasking or multi-user features.

The documentation goes on to describe a rather capable-sounding filesystem, and emulation of pipelines and other multi-process constructions.

The only other place on the 'net that I found a reference to this operating system in few minutes of digging was an archived thread from comp.os.cpm that seems to reference exactly this document, and Al Kossow of bitsavers.org weighs in with “from what I understand, uNIX was written by some ex Bell Labs New Jersey people. there is a mention of a Z80 unix in Byte
April 82 page 417.” 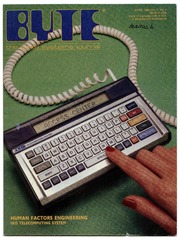 A rescan for this item is available here. Features p.32 The Generic Word Processor, A Word-Processing System for All Your Needs [author Philip Schrodt] You'll...

This sounds like a very interesting piece of history. Perhaps some day it will turn up! In the meantime, there are great Z80 Unix-alike projects such as UZI, now defunct, and the still-actively-maintained Fuzix which runs on a wide variety of vintage hardware including the Z80. (We’ve seen Fuzix before here.)

Cromenco released their Cromix OS for their Z80 machines in 1979. It had enough Unix compatibility that it was used at my university to bootstrap their own Unix clone. Later Cromenco made dual Z80/68000 machines.