I find it curious that the Intersil / Harris 6100 PDP-8 chip wasn’t a lot more popular. There were several boards and systems that used it and it gave the ability to run PDP-8 software.
I had forgotten about this one, but just stumbled across it today.
Intersil Intercept Jr. 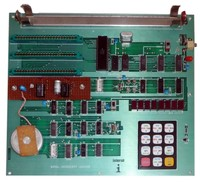 Splendid! And DEC even built a PDP-8 into a terminal using this micro: 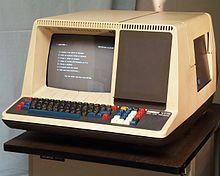 DECmate was the name of a series of PDP-8-compatible computers produced by the Digital Equipment Corporation in the late 1970s and early 1980s. All of the models used an Intersil 6100 (later known as the Harris 6100) or Harris 6120 (an improved Intersil 6100) microprocessor which emulated the 12-bit DEC PDP-8 CPU. They were text-only and used the OS/78 or OS/278 operating systems, which were extensions of OS/8 for the PDP-8. Aimed at the word processing market, they typically ran the WPS-8 word-...

There was also the F-11 chipset implementing a PDP-11 (as in the LS/I) and the J-11 chipset (like the PDP-11/73) used in the DEC Professional PC. (However, I have no idea how much the chipset was on its own and if there had been independent implementations, apart from the soviet clones.)

We could have PDP-8 and PDP-11 based PCs by the early 1980s…
It is not as if DEC hadn’t tried, compare this video by DEC on its “Personal Challenge”:

(Personally I always liked the idea of the DEC VT78, a VT52, which I think is a beautiful terminal, with a builtin Intersil 6100 - PDP-8 inside. Edit: Ah, it’s in the Wikipedia DECmate entry as well!

With the LSI-11, the only “low cost” hobby system I’m aware of is the Heathkit H-11, which cost over $1000 and was intentionally crippled. But the 6100 was available in kits as low as $50 (CMOS Sampler) and several complete systems for under $500 (such as this one.) The 6100 was also available much earlier, and from sources independent from DEC, so DEC had no control over who bought and sold them or what they used them for, unlike the LSI-11. So I’m not surprised the -11 wasn’t more successful in the home/hobby market, but I am rather surprised about the 6100/6120.
Just my 2 cents.

Clearly the 6100 was earlier and much cheaper. However, having a look at what the USSR did with its own clone, it’s quite a pity that LSI-11 wasn’t used more for small platforms. Maybe market segments had stabilized just too much in the West to put the PDP-8 and PDP-11 into serious consideration as a basis for small machines?

its own clone, it’s quite a pity that LSI-11 wasn’t used more for small platforms

I agree completely. In the early 80s I dreamed of owning an -11 of some sort. Later, my interest shifted more toward the minimalist -8.
It’s certainly quite possible that the more stable market played a role. But my personal opinion on the -11 is that DEC business decisions kept it out of the small computer market. They ran on big money systems, with support contracts and such. The small market would have cut into that money so I suspect they intentionally kept it out.
The -8 / 6100 on the other hand was different. They couldn’t really control the 6100 since they didn’t own it. But I think a lot of people felt about the same as I did at the time, thinking it was ancient and uninteresting. A Z-80 or 6502 was a lot sexier. Just my opinion.

It might have been the problem that military applications command high prices, so suppliers which get a bit of success in that market find it very difficult to persuade themselves to lower the price for the mass market.

The 6100 was available to military specification and since it was dual sourced by Intersil and Harris, it was used in some military products as a low power alternative to the 8080, 6800 etc. … Intersil sold the integrated circuits commercially through 1982 as the IM6100 family. It was not priced competitively, and the offering failed. 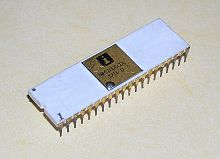 The Intersil 6100 family consists of a 12-bit microprocessor (the 6100) and a range of peripheral support and memory ICs developed by Intersil in the mid-1970s. The microprocessor implements the PDP-8 instruction set. As such it was sometimes referred to as the CMOS-PDP8. Since it was also produced by Harris Corporation, it was also known as the Harris HM-6100. The Intersil 6100 was introduced in the second quarter of 1975, and the Harris version in 1976. The 6100 family was produced using CMOS ...

Here are some prices from Advanced Computer Products ad in the Oct 1978 issue of Kilobaud, pg 140: 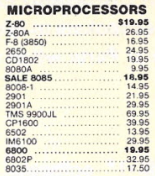 I apologize for bumping this 7 month old thread, but just spent the last couple hours mucking around with an Intercept Jr. that my father handed down, and thought I’d chime in

Took some TLC and a good bit of effort to remove all the corrosive crud that the D batts leaked sometime in the last 35-40 years. 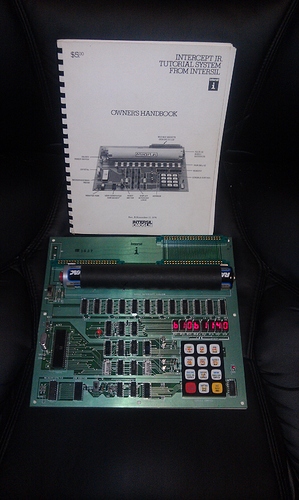 That’s wonderful! Thanks for sharing, and welcome.