The Computers Who Brought ENIAC to Life

On the women programmers of ENIAC, to be featured in a new documentary and book. 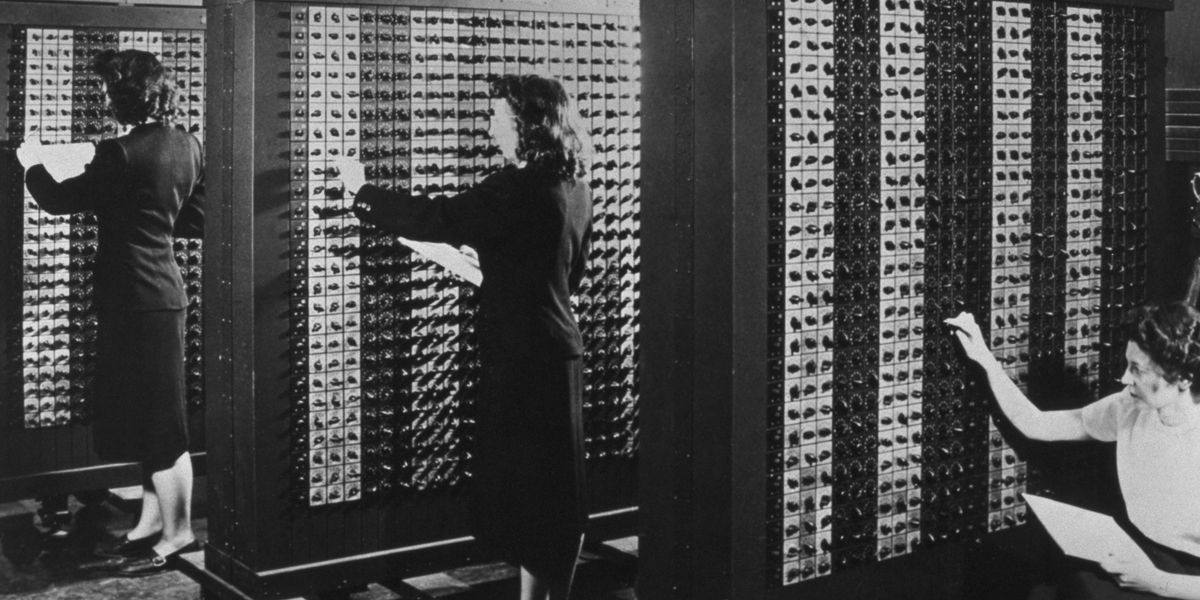 The Computers Who Brought ENIAC to Life

The Electronic Numerical Integrator and Computer—better known as ENIAC—became the world’s first programmable general-purpose electronic computer when it was completed in 1945. ENIAC’s hardware was designed by John Mauchly and J. Presper Eckert, but the programs it ran were largely the creation of a team of six women. For decades, these women were largely unknown, except only as unidentified figures in photographs of ENIAC. But as an undergraduate, Kathy Kleiman—who would later help found ICANN (Internet Corporation for Assigned Names and Numbers)—started looking into who they were. This weekend at the Vintage Computer Festival East in Wall, N.J., Kleiman will be screening her short documentary The Computers, about the programmers. In advance of her talk, IEEE Spectrum spoke to Kleiman about the ENIAC women and her fascination with them.
[…]
You’ll be showing your documentary at VCF East, which features interviews with four of the programmers conducted before they passed away, but you’ll also be releasing a book later this year, called Proving Ground?

Kleiman: The documentary raised as many questions as it answered. So I was kind of persuaded to tell the rest of the story, and really sit down and talk about the incredible work, not just of the ENIAC programmers but of millions of women on the home front during World War II. It turned out that is not a story we know very well. I had always known women went to the factories, they went to the farms. I didn’t realize until I sat down in front of newspapers of the period and saw the ads that there was an enormous push for women with science and technology backgrounds. If you had the interest, the aptitude, and some training, these articles made it clear they’d teach you the rest, not just for the military but for industry. That was just a whole part of the story I’d never heard, that women also filled in these gaps in science, technology, and engineering.