Continuing the discussion from Be the change you want to see: there are two great posts by Ken Shirriff about TI’s four-function calculator chip, which is in effect a very early microcontroller or self-contained computer, with just 320 words of ROM for the firmware. In the first post he shows how TI used the chip for their own four-banger:
righto.com/ti “Simulating a TI calculator with crazy 11-bit opcodes” 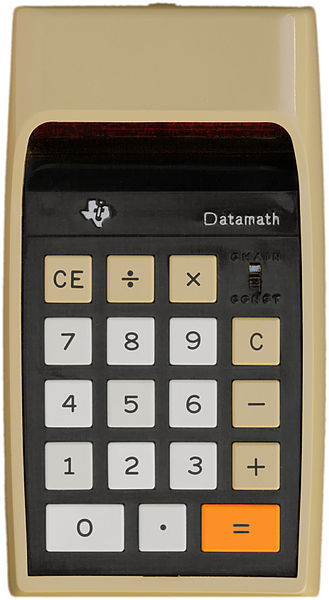 and in the second he shows how Nigel Searle, working for Sinclair, squeezed the code for a scientific RPN calculator in the same space.

Fortunately Clive Sinclair, head of Sinclair Radionics, had a secret weapon - programming whiz and math PhD Nigel Searle. In a few days in Texas, they came up with new algorithms and wrote the code for the world’s first single-chip scientific calculator, somehow programming sine, cosine, tangent, arcsine, arccos, arctan, log, and exponentiation into the chip. The engineers at Texas Instruments were amazed.

With no subroutine mechanism, but shared code nonetheless:
righto.com/sinclair “Reversing Sinclair’s amazing 1974 calculator hack - half the ROM of the HP-35”

In both cases you get an in-browser emulator which acts as a usable calculator as well as a source level debugger. Well, relatively usable: the Sinclair just about meets the accuracy of a slide rule replacement.

As a bonus, Nigel himself showed up to comment (several times) on the hackaday article: see here:

It was the most challenging thing I ever did. If Clive Sinclair hadn’t told me otherwise, I would have believed it was impossible. ???

There’s a teardown of the Scientific here on hackaday, by Jenny List.