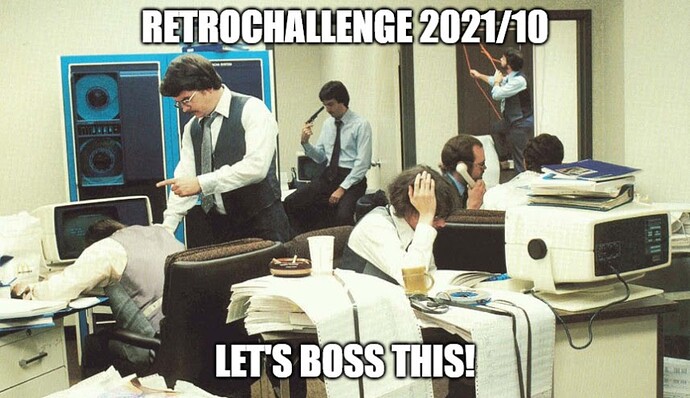 We are excited to announce the return of the RetroChallenge for the month of October 2021! Brought to you by veteran host Mark Wickens and r...

… a loosely disorganised gathering of RetroComputing enthusiasts who collectively do stuff with old computers for a month.

The event is very much open to interpretation… individuals set their own challenges, which can range from programming to multimedia work, hardware restoration to exploring legacy networking, or just plain fooling around. It really doesn’t matter what you do, just so long as you do it.

The deal is that you say what you’re going to try to do, try to do it, and post your progress somewhere visible.

I see systems as late as 2002 are accepted this time around:

Rather than turning up our noses at these systems’ garish GUIs and baroque data bus widths, we are showcasing them! So, pull that 1st Gen iPod out of your desk drawer, fire up your trusty Zaurus SL-5500, drag that iMac G3 out of mothballs, or go find your old ThinkPad 570, and get computing like it’s 1999!

And here’s a pageful of entrants:

Fill out the Entry Form to join the fun and get on this list! Check back soon for more updates!