Norsk Data got off to a good start, with their 16-bit 1967 NORD-1 mini - it had hardware floating point (48 bit) and virtual memory, and was the first to do so. Some 142 were made, and 10 survive. First one went into a ship for collision avoidance - real time control with high stakes. Lots of technical info here:
http://www.ndwiki.org/wiki/NORD-1

And even more in the manual (PDF) - it seems the page size was just 256 words and the virtual memory size 64k, compared to the physical core memory which could be as small as 4k. Paging was to disk or drum. There was also memory write-protection at a 1k granularity, or 1/16th of a larger core. It looks like the instruction set offered an 8 bit signed address field, for references relative to PC, to a base, to an index, or to sum of base and index. 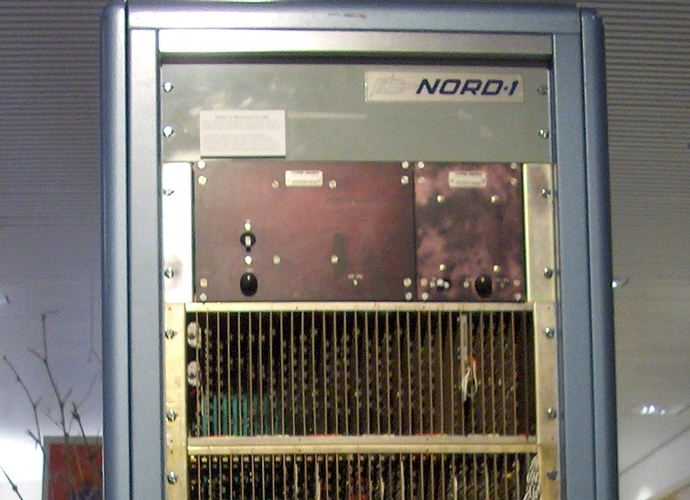 The company seemed to do very well all the way into the 32 bit era, but was initially anti-Unix and more hardware-centric than vertically-integrated, so the bubble burst and they went into decline. There’s a history article for the company on Wikipedia:

Norsk Data (ND) was a Norwegian manufacturer of minicomputers which operated between 1967 and 1992. The company was established as A/S Nordata – Norsk Data-Elektronikk on 7 July 1967 and took into use the Norsk Data brand in 1975. The company was founded by Lars Monrad-Krohn, Rolf Skår and Per Bjørge, three computer engineers working at the Norwegian Defence Research Establishment which had just built the minicompter SAM 2. ND's first contract was the delivery of a Nord-1 computer to Norcontrol. ...

And then, in 1986 or so, they took their successful 32-bit ND-500 supermini from 1981 and knocked a few bits of address space off, to meet CoCom export controls. The machine allows a process to have up to 256Mbyte rather than 4Gbyte of space. Apparently this was a matter of snipping a wire - the ND-505 (PDF) is variously described as a 31-bit, 29-bit or 28-bit machine. Of course, the instruction set architecture is still 32 bit.

I found this company during research for the unknown word processor and the Tandberg keyboard
-Unknown device word processor ? Unknown characters, interface - #25 by mainframetom

I then found a page of manuals, but the library has 4,503 items with 79,700 pages (7 GB, since yesterday 30 more) and also some software downloads including an ND 100 CPU emulator (I don’t know where to find files for that, maybe some are printed in one of the manuals) 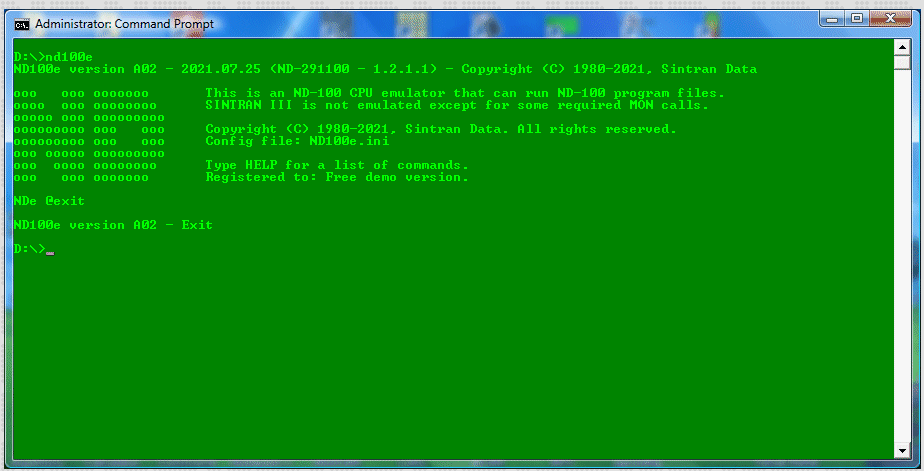 The Wiki has some more info and good photos like this one in SINTRAN (nice 70 fashion and few students, showing a NORD-10 including panel) 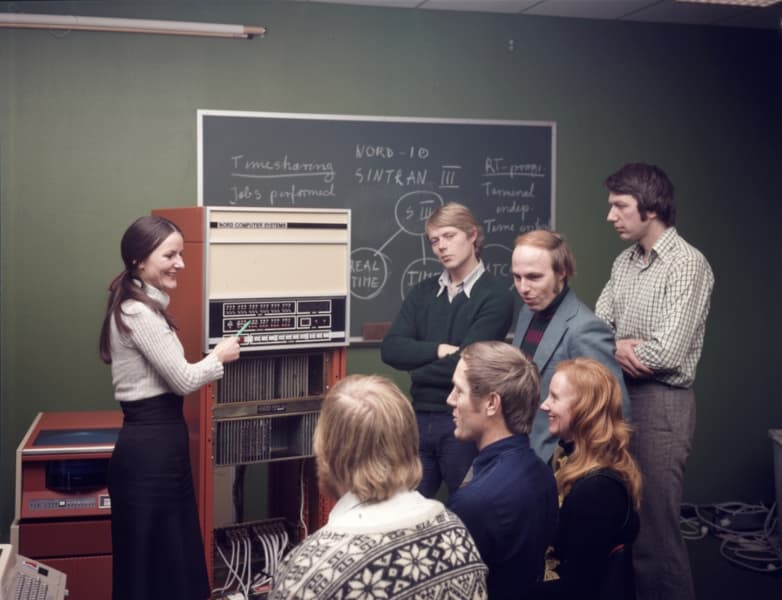 782px-Undervisning-nord-computer-systems-norsk-data-crop782×600 41.3 KB
On commons I found this large DBM2 keyboard with printer control