The Nixdorf 8870 and similar were famous systems. The computer itself is maybe not that spectacular (rare anyway) as you mainly see 70s/80s office photos of the terminals DAP3 DAP4 (DAP =Displayarbeitsplatz, display working place). I like the low amber displays and also the turnable one, link below also note the main pages there, also manuals 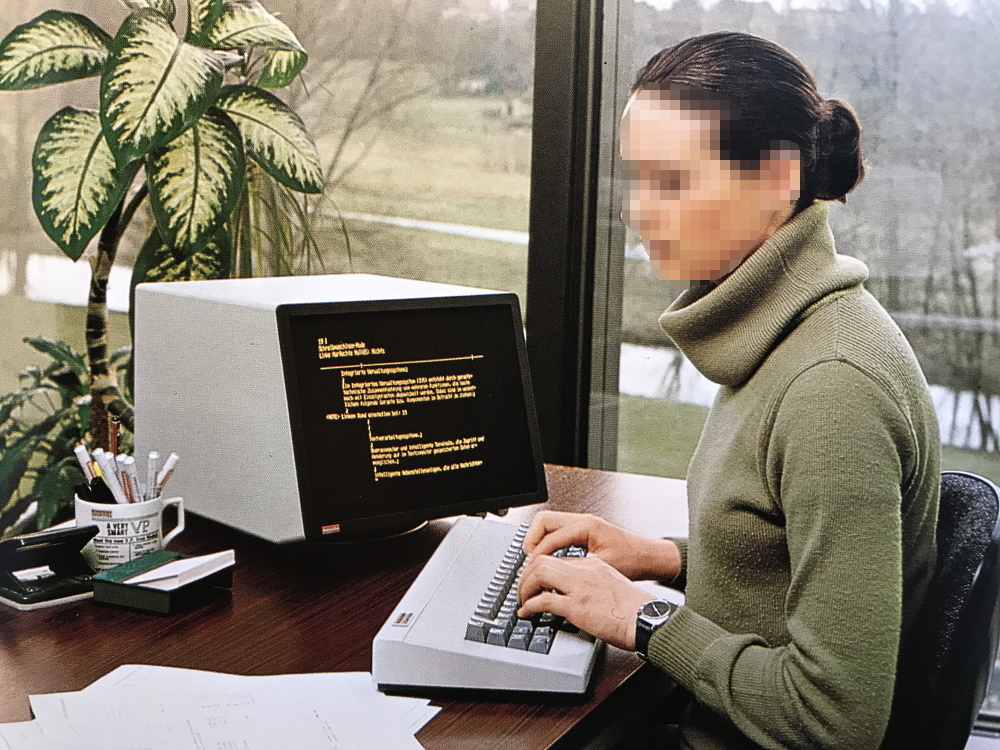 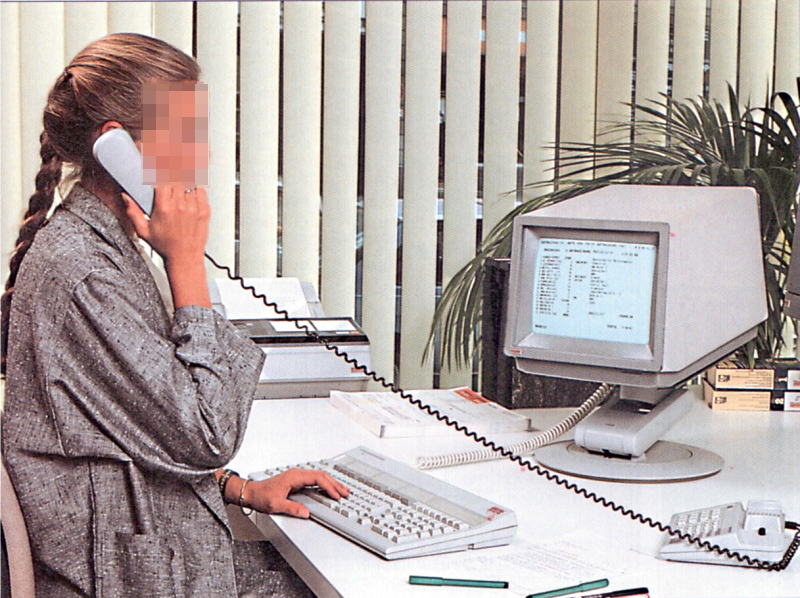 Also of interest the OS and other software which are even rare. The OS is NIROS Nixdorf Interactive Real-time Operating System, based on IRIS by Point4Data.
Another good site is this blog with many photos and manuals

Adventures with the Nixdorf 8870 Mini-Computer

How to sell in the UK - simple flattery and some national stereotyping: 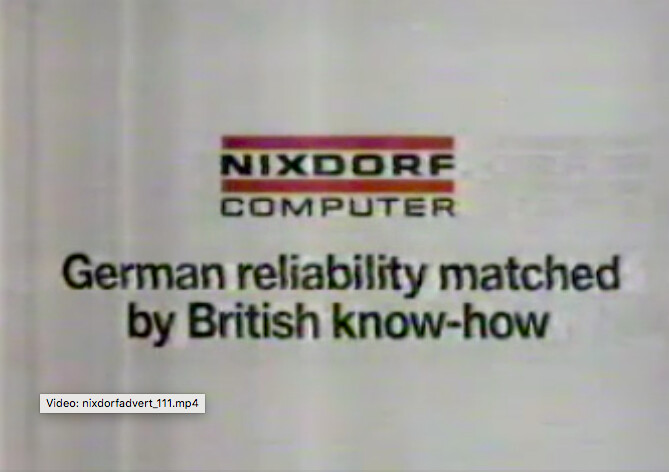 From the giant photo and video collection.

And I wonder why he puts the monitor on the kitchen sink.

Hmm, it rather looks like that sink is being used to rinse enormous PCBs…
(Fourth photo in the series “Screen Shots of my M25 working (well… sort of working)…”)

There are rather few infos on the web. In fact only the (German) manuals. The NIROS manuals have some drawings of screen contents. Interesting, but without hardware or emulator with (system) files you can’t do much.
Also disappointing, that they mainly used Business BASIC. There was also a software called COMET.

I found interesting file header contents in this 8870 manual. On memory location 17 (octal) there is a value of COST, the amount of money in DM another user has to pay when opening a file. Up to 990,90 DM. And a cumulating amount of 99k DM. Probably for banking computers/cash machines. Or less likely for BTX. Both are supported by NIROS. There is also an account # but I somehow doubt that this is a full bank account #. 16 bits. But who would pay (at an office) for opening a file? Nixdorf did have cash machines.
Page 324

On memory location 17 (octal) there is a value of COST, the amount of money in DM another user has to pay when opening a file.

That’s quite unexpected in a file system! But it speaks to a certain kind of commercial computing.

Or less likely for BTX

Just as a footnote: Bildschirmtext a videotex system not unlike Prestel (where pages did indeed have an access cost.)

BTX wasn’t only a videotext system, it was, as envisioned, an entire eco system and Germany’s approach to popular networking. Lots of studies were entertained in preparation and it was probably the last great technological vision to emerge from Germany (other countries would have been on board, as well), but, compared to the vision, it was a dramatic failure. As a result, German researches later often adopted a wait-and-see attitude towards the emerging Internet. (I met some of them personally and they were all like, “we erred on BTX and we won’t expose ourselves again”.) I suppose, the failure of BTX left many scars in the related fields. And it (at least) coincided with the beginning of the decline of the German computer industries.

Seeing that COST field, I’m not sure, if I’m sorry for this not having been the supposed success.

Nixdorf computers were used in many different fields of industry, commerce, office, banking, telephone systems etc. But cash machines I think are not 8870 and probably don’t use NIROS. And as you can’t get 0,99 DM from a regular cash machine (shops do need coins) I thought of other banking or BTX software. (Some) telephone systems used NIROS, but aren’t 8870/1 either. And 99k limit for using BTX was also quite high.

I now found an answer on an 8870 brochure with a close-up of a display. A cash transfer, I think when ordering and paying parts for some industry. There’s also a deb/credit account number. There are also other purposes named like
purchase, accounts, sales, wages/salaries

I wonder why it is not detailed explained in the big manuals. Not even the file format/name or the purpose is mentioned.
But Nixdorf had their own file format(s). And I think they all were encrypted, probably with different codes, banking software anyway.

Another interesting thing is this programming aid for the Nixdorf 8864