Very interesting presentation by Robert Wills recorded in October 2019 at The National Museum of Computing, TNMOC at Bletchley Park, UK.

Robert first describes the AGC and then focusses on the role it played on the final decent to the touchdown on the Lunar surface.

Lots of good explanation about how the DSKY was used interactively, and how the AGC was tied into the various lunar lander systems.

Robert dispels some of the myths about Armstrong “heroically” switching to manual control after the computer failed - he didn’t and it didn’t.

Some discussion about computing in 1969 with such minimum resources, compared to today, where Robert says “I would struggle to write Hello World in under 100K…”

Um, not to be nit picky, but you do know that “Light Years” is a measurement of space, not time?

I had an idea that “Light years ahead” was at one point a much-seen marketing slogan by Philips, the lighting and electronics company. To the great annoyance of many, no doubt. But I was wrong, it seems, it was “Simply years ahead.” (There was a much more recent Apple laptop ad with the tagline “Light. Years ahead.” Which makes me think there must be a cultural reference nearby, but I can’t find it… it does appear as a tagline in the 2000 A.D. comic book annual from 1985…)

(Anyhow, I see @monsonite’s title comes from the talk title.) 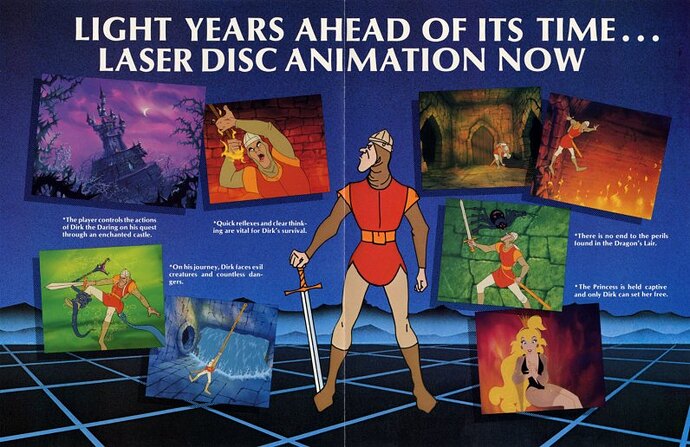 I took the talk title exactly as it appeared on YouTube.

Had the title said “Miles Ahead” it would have equally valid.

That’s funny, I had the same feeling that this had been once been a slogan with some notable presence, worthy of a cultural reference. But I fail to recall, what this may have been, and search engines do not return any signicicant results.

Found a Zippo lighter advert from 1981 - not in my culture, but around. 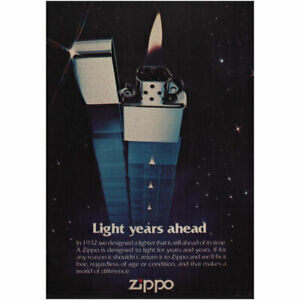 Edit: and Scrabble Lexor electronic game from 1980 is also light years ahead - we must be within 12 parsecs now… 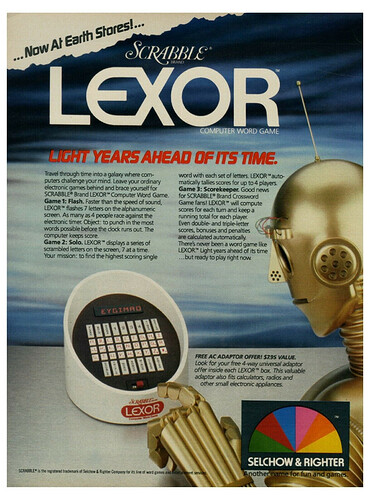 Edit: and a skateboard from 1979. I do apologise for this becoming unrelated to retrocomputing… 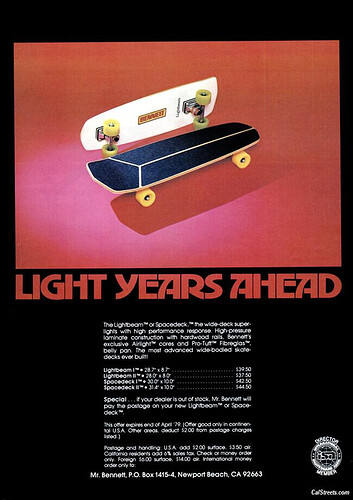 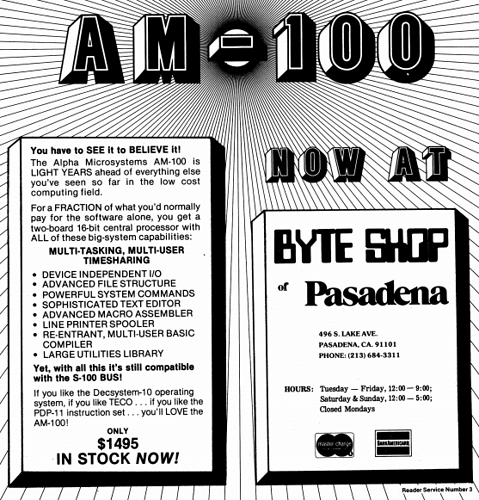 The first Alpha Micro computer was the S-100 AM-100, based upon the WD16 microprocessor chipset from Western Digital. Later computers starting with the AM-100/L and the AM-1000 were based on the Motorola 68000 and succeeding processors, though Alpha Micro swapped several addressing lines to create byte-ordering compatibility with their earlier processor.

It so happens that yesterday we were walking around in the nearby areas, and I reminisced to my wife that wow, that tiny little mall had in the mid-1980s for some unfathomable reason in a corner of a grocery store the fancy Dragon’s Lair game. Oh, the amount of coins I wasted on arcade games…

I liked the talk as it gave me a gentle introduction into the AGC world.

But this talk from 34c3 blew my mind: 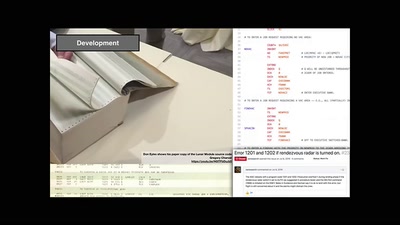 The Apollo Guidance Computer ("AGC") was used onboard the Apollo spacecraft to support the Apollo moon landings between 1969 and 1972. Th...

A video from the mid-1960s describing the development of the Apollo computer at MIT.

Lots of information about the construction of the logic modules and the weaving of the core memory modules.

This is the early version of the AGC - known as Block 1.

By the time it came to flight tests the requirements and the technology had moved on significantly so a Block 2 version was constructed for the moonshots.