HP's handheld Basic machine, the 71B

Apparently there was a big rollout of 71Bs in the UK’s DHSS, and so, some many years later, those machines appeared in the second hand market at very affordable prices. Lots of detail on the machine here at the hpmuseum. 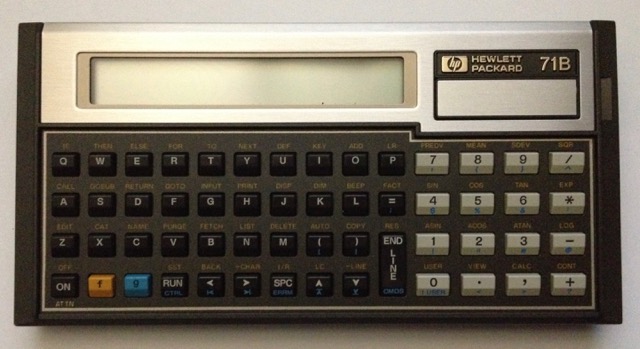 The DHSS module turns the HP-71 into a terminal for a one-off file tracking database system that was used to track paperwork within several hundred DHSS offices from about 1985 to about 1992.

Every document had a barcode (type 2 of 5, I think) on it, and possible locations within each DHSS office were also coded. Moving a document required the user to scan the document barcodes, and the destination code, which updated the database. Users could also enter keywords, such as claimant name, on the HP-71 to search the database to find the location of the relevant document. I think a simple messaging system was also included, but I might be misremembering.

The database system was custom-written software on a PC running Concurrent CP/M (or maybe MP/M). The HP-71s were networked via HP-IL, and connected to the PC through an RS-232 interface. Because of technical restrictions, one HP-71 was designated as a master, and dedicated to handling the communication between the PC and the network. Up to 42 terminals per network were required to be supported, for reasons which later turned out to be related more to Douglas Adams than actual requirements; I think the maximum installation in any one office was about 30.

All the software was custom-written, and used a wholly custom communication protocol and database query language on the RS-232 link. Without the back-end database, RS-232 link, and separate HP-71s running both master and terminal ROM modules, the HP-71 side is basically useless.

How do I know all this? I was one of the developers of this system when I worked at Zengrange, which supplied the HP-71 software and all the barcode wands.

Brilliant history there, mate. I had a 71 back in my college days, and it was already dated back then. Loved it, though. There’s rumor that at least one of them went up in one of the space shuttles. Not sure if that’s true.

Turns out there’s an excellent web site aiming to catalogue and collect all space calculator information: 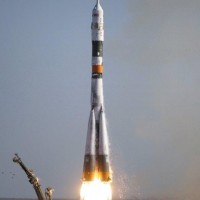 Documenting the use of HP calculators in relation to space exploration 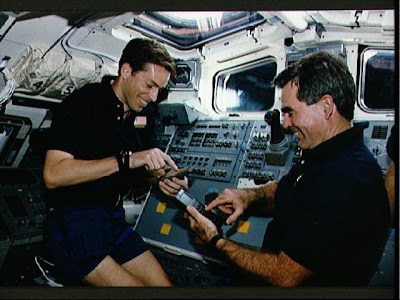