My father recently passed away. He had a serious collection of old SPARC systems (workstations and “pizza box” servers mostly). I’m just looking for resources on what operating systems I can run on them and resources for hardware.

The systems I’m most interested in getting working are an ultra 10 work station (400ish mhz chip and 2 gigs of ram!) As it was one of the first UNIX computers I worked on professionally. The ultra 10 also used off the shelf memory, and had a pci bus, so it should be the easiest to start with since I can use a lot of old PC parts.
I also have Sunfire 120 I’d like to get working as I worked on a horde of web servers running on these systems in the early 2000s. There are also a bunch of others dating back to the earliest SPARC systems of the 80s I’d like to play with.

I’m sorry if the post is vauge or off topic and I’m new to retro computing and looking for a good place to start.

I’m not sure what the state of play for Linux is on SPARC these days, but NetBSD has a … “fetish”

Yeah way back when I still worked on SPARC I’d run netBSD on cast offs. Didn’t know it was still supported. I’m just wondering if there’s any way to get a hold of old Solaris, 8 or 9 for the ultra, and the Sunfire was 10 for sure (it tells me so on boot before it hangs). Not against running netBSD, I’d just like to get the full nostalgia seeing CDE show up on it again!

Ah sorry, I misunderstood “looking for resources on what operating systems I can run on them”. I guess the best bet is hoping someone here still has the install media for the hardware in question (I used to have some Sun kit and install CDs, but long gone now).

This doesn’t directly answer your question, but the source code for CDE was released a few years ago. I complied it and had it running on an old Thinkpad, so if you can’t track down the right version of Solaris that might be an option.

Welcome! It looks like the Internet Archive has ISO images of the installation media: 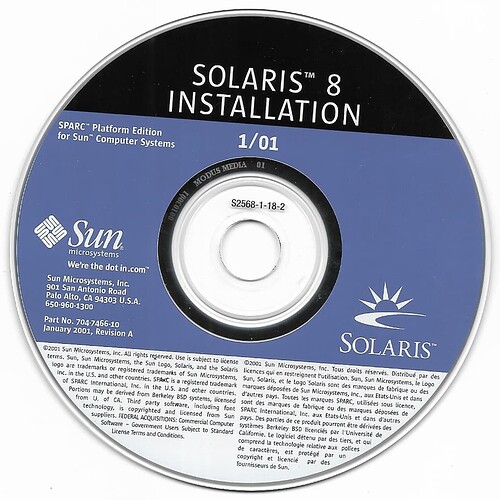 Awesome thank you guys so much!

Didn’t know CDE had I!

Also no apologies needed netBSD would be great too! Just looking for a nostalgia hit if I can get it. My father worked for at&t on system III and system V (and early releases only used inside at&t). When he left at&t he moved on to working on mostly sun (and some SGI) kit.
So I was raised with system V as my UNIX religion and in the 90s our home computer was always a cast off SPARC (we also had an SGI Indy for a minute).

If I get these running I may take a crack at the at&t 3b that was in the pile, I even have a BLIT terminal to connect to it and all of the manuals.

While it’s a little off topic I have tons of UNIX (and pdp/vax!) Manuals if any one is interested. 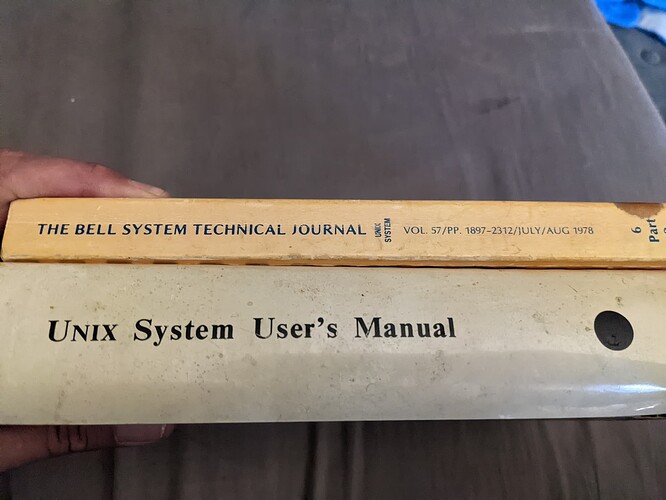 The Unix Heritage Society mailing list on minnie.tuhs.org promotes communication between those people who are interested in the preservation, maintenance and development of historical, orphaned and existing Unix systems. Unix is defined as the set of operating systems who can trace their source code ancestry back to the 1st to 7th Editions of research UNIX from Bell Labs.

Yes. But until my recent discovery of a horde of UNIX gear I had not thought about it. Thanks for reminding me!

If I get these running I may take a crack at the at&t 3b that was in the pile, I even have a BLIT terminal to connect to it and all of the manuals.

A 3B and a BLIT is a dream system, if you ask me! Keep us posted on that one.

Thanks for the help I finally got both SPARCs up and running!