I was called on to speak for 20 mins or so on the nature of high performance CPUs the other day, in the context of Apple’s latest platform shift, and I opened with a nice diagram from this excellent short work:
How it Works: The Computer (Ladybird books, 1971 edition) 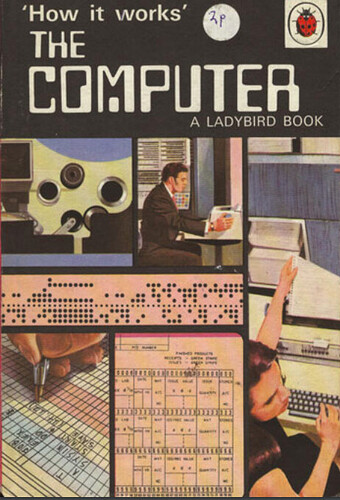 This was the diagram I felt I needed: 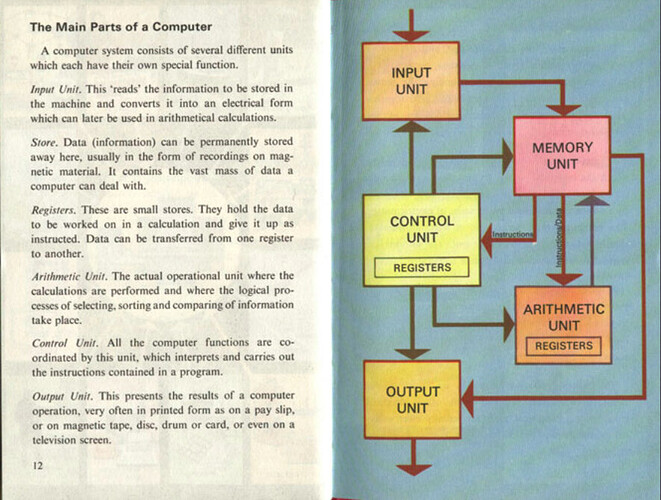 The completist might want to compare with the 1979 edition. Of course, I have both!

(Ladybird books were initially aimed at children, but they were never condescending, and this particular one was bulk-bought by large companies to educate management about the new thing - computers. There’s a fascinating documentary about the company - it was highly unusual, in that a printer decided to become a publisher and arrange its own content. The books are short because of paper shortages, and arguably better for it. They have become somewhat collectible.)

Will have a closer look.

Edit: Even at a cursory look, wow, it gets even better inside. What a treasure trove of illustrations!

Ooh. I believe I must have read a translation of this as a kid, before I knew English.

Looks at the 1979 edition. Any clue to what machines were depicted?
I wonder how much memory that "washing machine " was. I guess
about 20 Mb.

Reflections on the ICL 2900

ICL 2966 — The National Museum of Computing