so tonight I opened one of the two “speedup kits” that I have acquired in a mix match box of parts.
this kit is simple, a board that will end up plugs into the Model 4 U3 and the U3 chip onto the board, and swapping out the Z80A (4mhz) for a Z80B (6mhz) CPU. simple… well, in reality, take a lot longer to take apart the computer internal to get to the mainboard than apply this kit. simple it IS!
NB: I have 150ns 4164 chips in the system already installed and strongly suggested to get good speeds 120ns would be better.

step one: I found a program called “clkspeed/cmd” for the model 4 (runs on TRSDOS/LSDOS 6.x) and ran a benchmark to get an idea, 3 mins later the result was on the screen, 3.62Mhz at top speed.! with the Z80A stock from TRS. 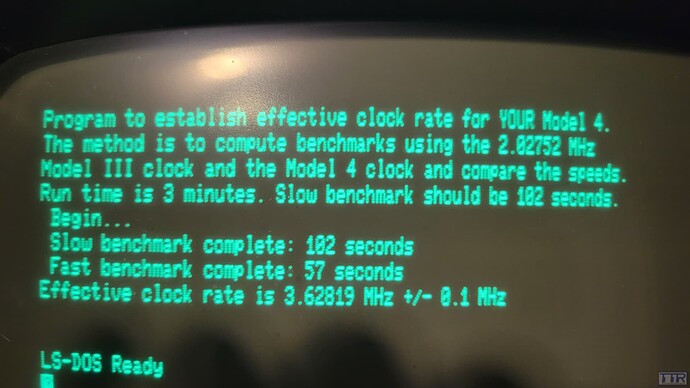 turned off the machine, found the U3 chip, removed it carefully (notice some mod already one it) and put it on the alpha speedup board and reinserted the board in the place where the U3 was pulled from 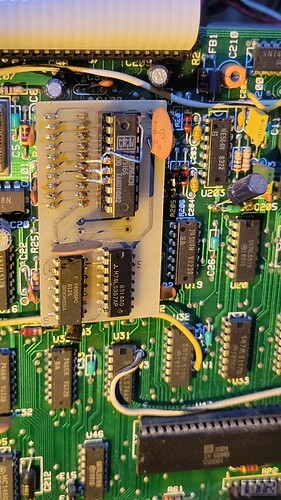 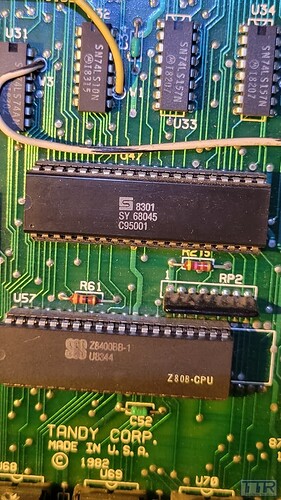 closed her up and ran again the same test and low and behold “speed”… Seriously, now calculations at 2 Mhz took 103 seconds, 57 seconds in 3.66 Mhz now barely take 45 seconds in 4.64Mhz ! the kit claim to fame only 5.x Mhz speeds, so I am close and better speed would be acquired with faster ram I am sure but happy anyway.
Maybe I should put a heatsink or a water cooling system. Kidding aside, 1Mhz was a lot in 1982, and at 65$ this kit WAS the easier and cheapest kit available on the market at the time. 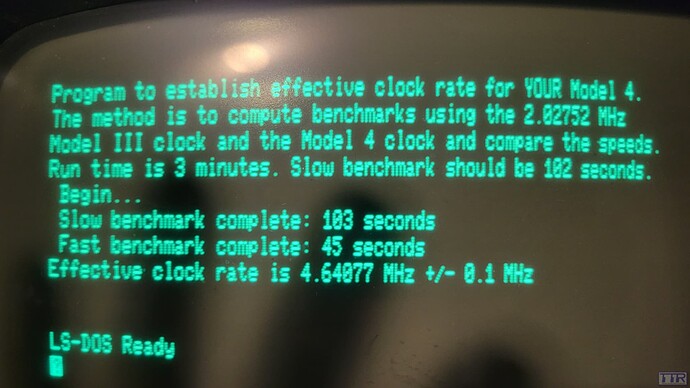 Story brought to you by me Patrick B from Texas Tandy Restorations.

A clip on heat sink could not hurt. Now you need floppies with a fast head seek time.
Ben.

Nice speedup Patrick! There was sometimes a bit of headroom in those early machines - my Compukit UK101 would take a very simple mod and bump up from 1MHz to 2MHz. Unfortunately I can’t remember doing anything on it which was significant enough to notice! I probably did run a Basic prime number program, I know that’s something I used to do on programmable calculators previously.

I like that the replacement chip you’ve fitted is from 1983. Very authentic!

(And we shouldn’t forget, a doubling or near-doubling is always very significant, regardless of where you start…)

Two things I will be changing in the near future and report on it here will be to have zero “wait” modification and change the ram from150ns to 120ns and test again I think I should get closer to 5Mhz at that point.

I tracked the article that mentions for Model 4 NGA (not for 4GA models) motherboard that lifting the Pin 27 of the CPU would remove the wait states of the CPU (article can be seen at https://archive.org/details/computer…p?q=z80+pin+27) so here we go, pulled the new Z80B chip and bent gently the 27th pin and then re-instated it back unto the board, after reassembly. ran clkspeed again so now from the base 3.66 to 5.17 Mhz ( +41.25% CPU speed increase) with a little kit and a bent pin… still running 150ns chips as RAM. 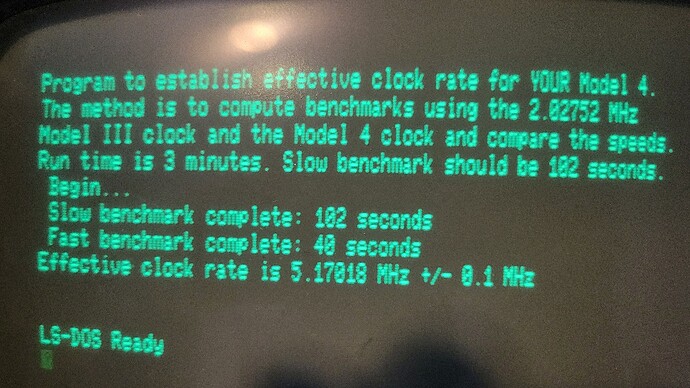 So how much faster is the Z80 and the IBM PC running BASIC?
Idle minds wish to know.
Ben.

How’s this for blistering - about 20X faster

Some times it is nice to run at Orginal Speeds with realistic I/O.
Ben.