This reduces the total number of CPU cycles for every repetition from 10 down to 7, enabling the pixel bitmap to be updated every 21 pixels instead of only every 30 pixels – quite a nice improvement.

Pitfall II was released in 1984. Despite the major effort that doubtless went into designing the DPC chip, Pitfall II was the only game to ever use it. No other Atari 2600 games from the original Atari era 1977-1992 ever included a DPC or other coprocessor. The DPC was an impressive one-off, and remained the pinnacle of Atari 2600 hardware acceleration tech for 25 years, until rising interest in retrogaming eventually rekindled interest in the Atari console.

Here are some visuals from the game: 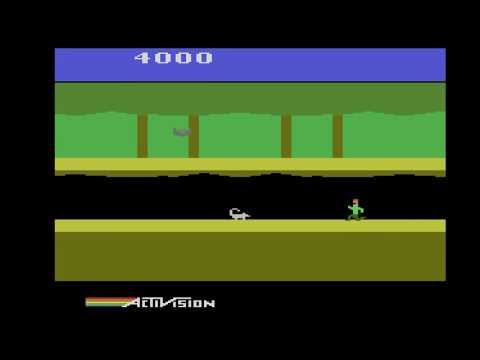