Here’s a rarity, only some dozens made:
http://www.cpcwiki.eu/index.php/Aleste_520EX

The Aleste 520EX is a clone of the Amstrad CPC 6128 developed 1993 by Patisonic in Omsk (Siberia). The Aleste is rare, according to Patisonic themselves, they “produced several dozens of the model, some of them were in ‘kit’ form” .

It’s compatible with CPC6128, with extra graphics modes, ability to support more RAM, improved expansion port, and so on. Here’s a photo of the machine (the board) fitted into an MSX-compatible case: 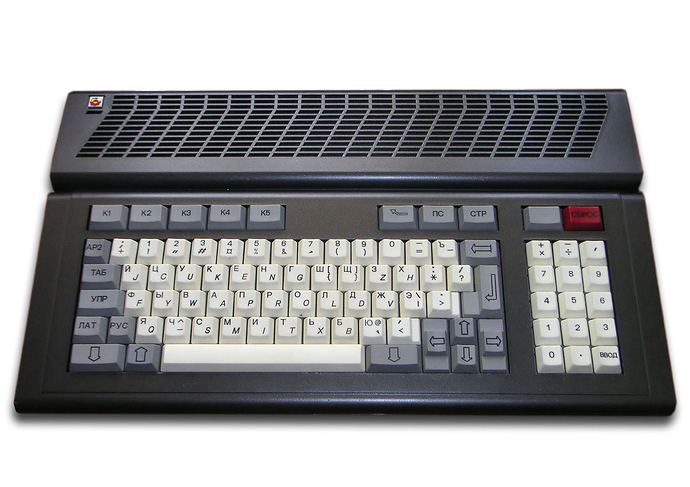 Cool machine, and late to the table, if you ask me. Yet I bet there were a small market for it, compared to the more powerfull computers of that time. Yet something keeps floating around in my brain. Did the soviet union not end in 1991 and not after 1993? I mean. That would make it a Russian and not Soviet computer.

A very good point - Russian not Soviet. That’s something I try to get right! Title amended.