Richard T Russell shares some info on the systems he used and designed at the BBC:

…John Oakley and I developed a range of standard modules that could be used in various configurations to construct microprocessor-based systems. These modules included EPROM, RAM, Z80 CPU, VDU and floppy-disk interface. This range of standard modules was christened Zeus, standing for Z-Eighty Universal System, and it became the basis for many later projects. Not least of these was an in-house software-development system called Zelda (Z-Eighty Linker, DOS and Assembler), based on a previously purchased Mostek development system. 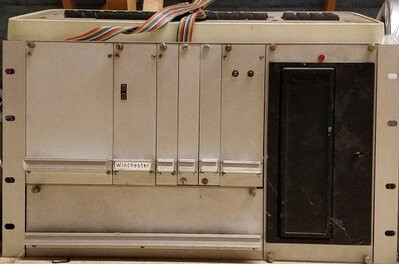 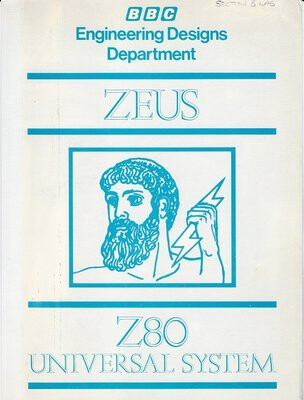 Images, with permission, from stardot:

Richard wrote and still maintains the now open-source BBC Basic for x86 and ARM. He wrote the Z80 BBC Basics used by Acorn, Amstrad, and Clive Sinclair’s Cambridge Computer, and he wrote the original on his own initiative, on his own Z80 machine:

I was already writing it in June 1981, much earlier than I realised and well before the 6502 version was finished.