What a beast. The '040 was a substantial upgrade over the '030 that had previously been used by Apple. It featured 1.2 million transistors, over four times as many as its predecessor. This processor increased the L1 cache size by a factor of eight to 4096 bytes, and it was the first 68k processor to have an on-board floating-point unit (FPU). While not without its drawbacks, the '040 processor was an obvious candidate for Apple’s next line of premium workstations at time. And this line would become known as “Quadra,” starting with the Quadra 700 and 900 models in late 1991.

Photo from the linked article: 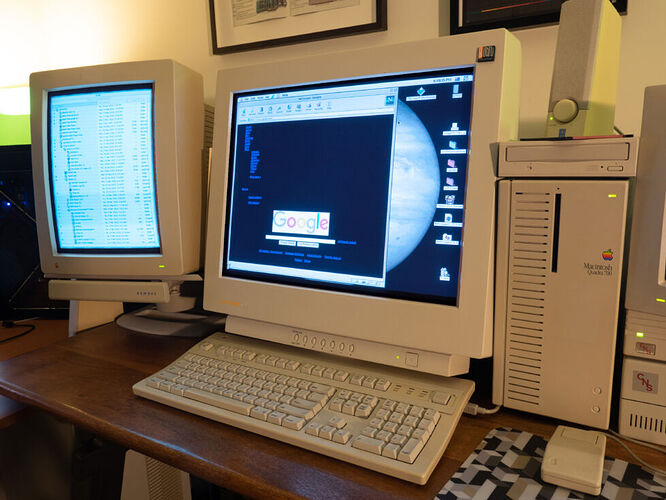 Word processing, email and web browsing all possible, with some difficulty:

Any site using https is strictly off limits for these browsers, shrinking the usable Web significantly. The websites that do load, however, can be surprisingly responsive. Proxy services such as theoldnet.com are a simple way to load websites as they were from various years past (using the resources of archive.org, and removing SSL to just make it work). Loading the Ars Technica homepage from 2001 was a slog, taking several minutes to load in all the text and images and eating up a good chunk of memory 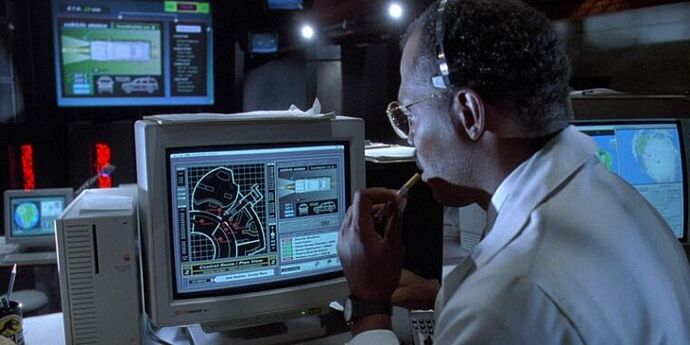 Famously, Apple's Quadra 700 once helped track dinosaurs. Is it stuck in amber nowadays?

Fun read. 68040 is a real power hog. I have a number of them on hand, but I’m reluctant to design board with it without think through the power management. 68030, on the other hand, is a real pleasure to work with. 24MHz 68030 with 64meg RAM is do-able in economical 100mm X 100mm 2-layer pc board. Getting application software for 68K is biggest problem, however.

As I wrote elsewhere, it’s a bit of a shame it glosses over many interesting things. One of them is that there’s no mention at all of A/UX’s groundbreaking capabilities of providing a UNIX system and also being capable of running Mac OS software.

Regarding everyday tasks and productivity software: It should be mentioned that this was quite a happy time for Mac software. Standard software was still lean and the Quadra coped with it with ease.

(E.g., while MS Word had gone from a version 4 on Mac, which fit onto a single floppy disc, to a respectable 5+ MB in MS Word 5.1, this was still solid software. Windows office was generally lagging an interaction behind, which abruptly changed by the mid 1990s, when Mac office software was switched to become a devaritive of the Windows path, with highly questionable results. Similarly, software like Photoshop, which had been tuned to machines like the IIci, became snappy, like it never had been before.) Moreover, cooperative multitasking (System 7!) helped sharing scarce resources, while favoring the front application, which was not just a bad thing, – that is, as long as everything went well. (Otherwise, the entire system bombed, for the most. Especially entertaining with notorious memory leaks in certain software – I’m speaking of you, Quark XPress –, which penalized you mercilessly for not hitting Command + S in regular intervals.)