“Very rare detail, part of the computer of the VOSTOK spaceship. The ferrite cube of memory, the data carrier is made of material - Ferrite. Were used by the first VOSTOK ships of 1959. It was produced in Design Office of the electronic equipment, under the leadership of Philip Georgiyevich Staros, memory on 11560 bits divided into 20 matrixes of format 34х17. It was applied in the alphanumeric terminal with vector display of RIN-609 symbols. The cube contains information of coordinates of landing and coordinates of maneuvering. Analog of modern random access memory of the computer. Very seldom. It was used only by the VOSTOK ship, it was never used in aircraft. The price is over one piece.” 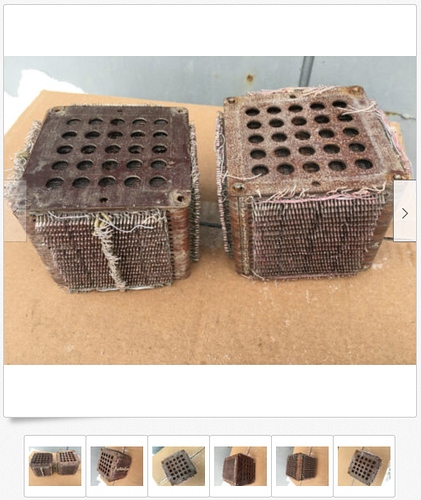