For those who wish to try a ‘real’ UNIX OS.

V7/x86 is a port of the Seventh Edition of the UNIX operating system to the x86 (i386) based PC. UNIX V7 was the last general distribution (around 1979) to come from the Research group at Bell Labs, the original home of UNIX. The port was done mostly around 1999 when “Ancient UNIX” source code licenses first became available, and was revised for release, with some enhancements, during 2006-7.

Seen in the discussion on HN (as linked elsewhere by @sohkamyung):

v7 Unix occupies a unique place amoung Unices, that is, it’s

(earlier versions have much more assembler code and less C) – so anyone interested in learning Unix or one of its derivatives from the ground up is well advised to study this source code!

Although it’s noted nearby that there’s not enough C source here to bootstrap everything:

"The following limitations apply to the distribution:

And of course there’s always room for an alternative view:

I would argue that Unix v6 (when you consider excellent book Lion’s Commentary on UNIX 6th edition) takes that trophy.

I think Minix I was the better Unix clone for the x86.
It ran on almost any PC’s . Ben.

I think I’d call Minix more of a workalike or maybe only a lookalike - but it’s certainly of great interest. I know I couldn’t quite believe that I could buy a book all about an OS and containing the source code - but I could, and I did.

COHERENT 3.0, a clone of the UNIX V7 operating system 286+
https://www.autometer.de/unix4fun/coherent/

I grabbed a copy of the source from here when Rob Swartz (father of Aaron) initially released it. I always intended to port 3.2 (the last of the 16 bit versions) to a non-Intel platform, but I still don’t have enough round tuits.

Tangentially related: A copy of the source code for SunOS 4.1.3 (Aug 1992) has become available.
(Unlike Solaris, SunOS was based on BSD Unix.) 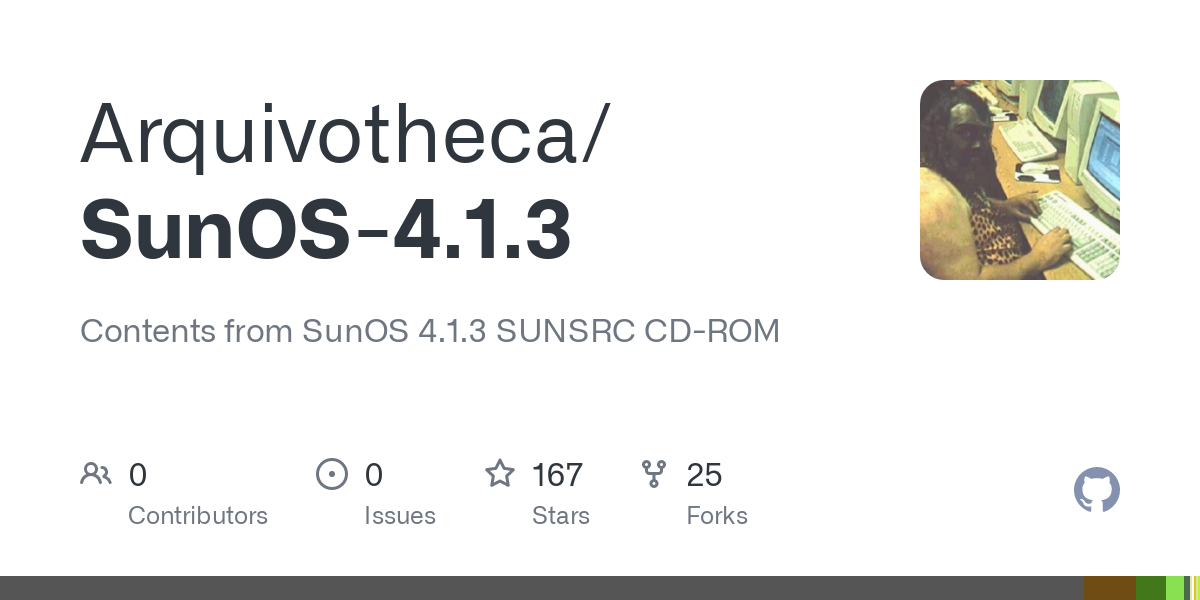 Contents from SunOS 4.1.3 SUNSRC CD-ROM. Contribute to Arquivotheca/SunOS-4.1.3 development by creating an account on GitHub.