“In 1939 Alan Turing applied to the Royal Society for a grant of £40 for the engineering of a special machine to calculate approximate values for the Riemann zeta-function on its critical line.” 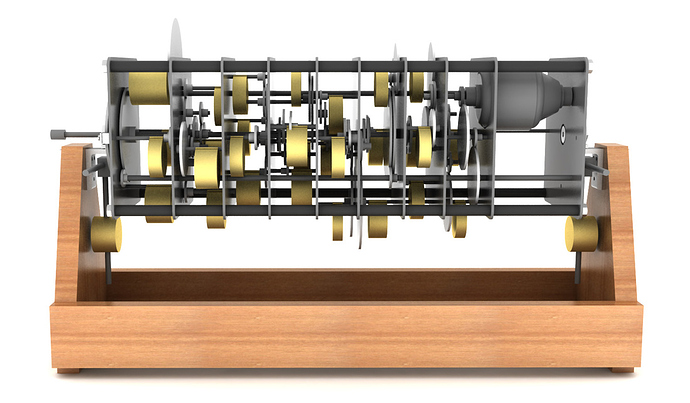 While doing my bachelor, Prof. Dr. K. Ilhan Ikeda from the YU Mathematics Department offered to work together on a presentation about the never completed "Zeta-Function Machine" for the Alan Turing...

Rendering of the never-finished machine, from the above site: 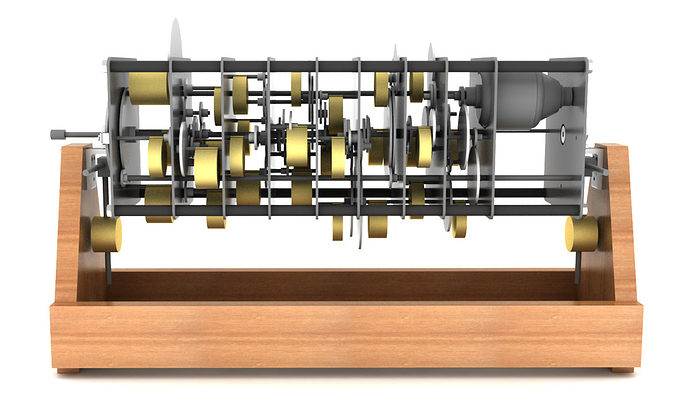 From another writeup:
“Alan made a start on cutting the gear wheels himself, taking the blanks in a rucksack to the engineering department of Cambridge University, and bringing the gears back to his room, where they either lay on the floor or were stored in a suitcase.”

You can buy a jigsaw of the blueprint for the machine: 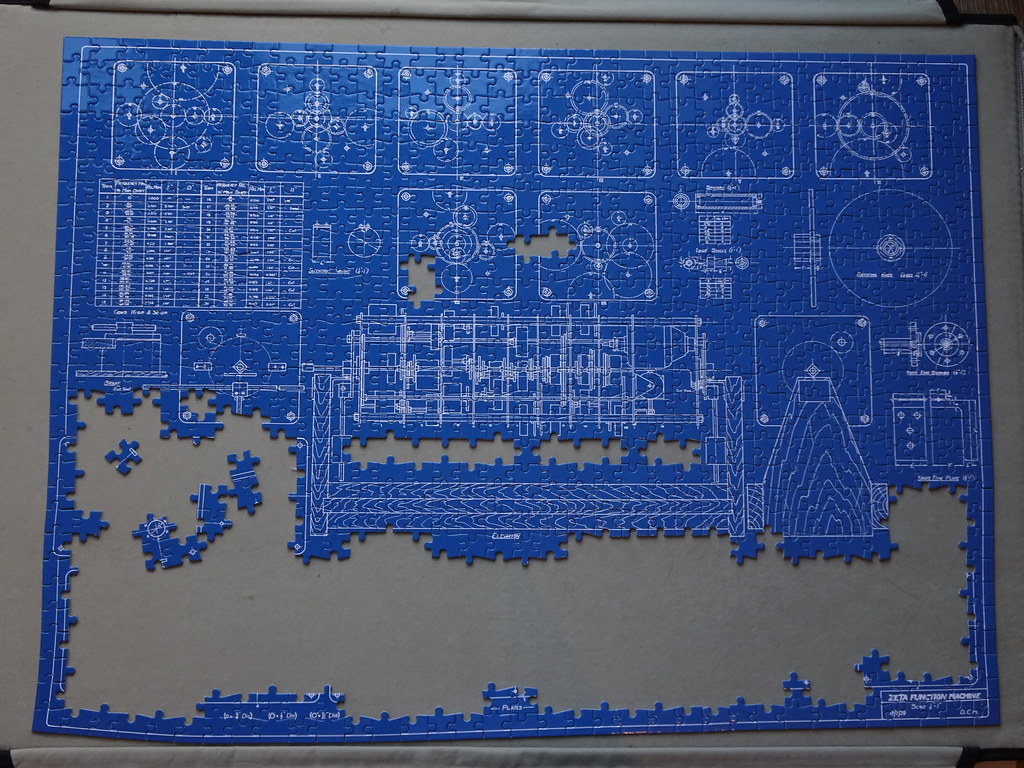 At least one other mechanism was made for these investigations - as well as several completed by hand or using calculating machine - and then in 1950 Turing was the first to use an electronic digital computer for this:

he used the Manchester Mark 1 Electronic Computer to extend the Titchmarsh verification of the RH to the first 1104 zeros of the zeta function, the ones with 0 < Im(s) < 1540. This was a very small extension, but it represented a triumph of perseverance over a promising new technology that was still suffering from teething problems. In Turing’s words, “[i]f it had not been for the fact that the computer remained in serviceable condition for an unusually long period from 3 p.m. one afternoon to 8 a.m. the following morning it is probable that the calculations would never have been done at all.”

via this talk by Dermot Turing.

(See also Tide computers - analogue futurology - “The calculation required summation of a trigonometrical series, and Turing knew of the Liverpool tide predicting machine which performed the summation of a somewhat similar series.”
)

Hey retros! I have logged in to say thanks for all the postings. It’s probably the one single newsletter i get in my mailbox which i actually read. Thanks!

Glad you’re enjoying it, @abc123! A lot of weekly mails go out, so it’s nice to get some feedback.