My daughter and I built the first working Memex. The outside of the desk sized machine looks and acts like it was built in 1945, the year that Vannevar Bush wrote “As We May Think”. This week I’m finishing Tiny Memex #5,a 1:6 scale Memex with an SBC inside that drives the displays and accepts input from the lever and buttons.

But announced today a project for a UK museum:

Ok, I now have permission to talk about this project in full and in public. I’m working with Alan Kay to build six replicas(1) of a Xerox PARC Alto display for use in a museum exhibit(2). Visitors will see a real Alto and then walk over to one of the replicas to futz with Smalltalk '78(3).

(1) by “replicas” I mean that they’ll look and feel as close to the original as possible but inside will be modern technology. I’m not replicating the original CRTs and driver electronics.
(2) the museum is in the UK (where Kay now lives) but I’ll leave it to them to make their own announcement.
(3) this version of Smalltalk was thought lost but then was saved by a dumpster diver who found Alto drive cartridges in the trash!

In the meantime, if you’re into the Alto then definitely swing by this link to see a metric boatload of photos and document scans like this one from the hardware manual.
Index of /pdf/xerox/alto 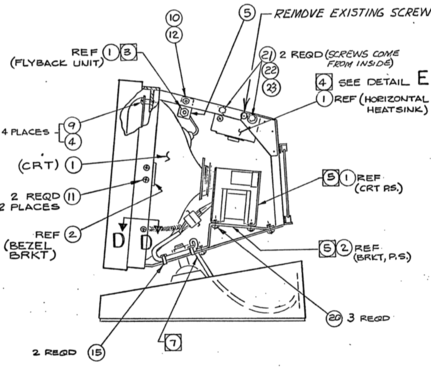 And as a bonus:

Here’s a nice writeup of a different project that rejuvenated an actual Alto.

Here’s a video of the Memex #001 replica in action: 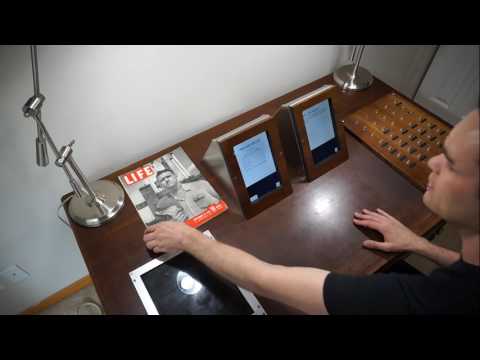 Edit: I’m curious about the photographic process.
(Apparently, this involves flooding the chamber with some gas and an exposure mechanism. In the original, this would have been a dry film process – and the resulting scan looks much like this.)

curious about the photographic process

In Bush’s original article (well worth reading!), he sketches a process:

Will there be dry photography? It is already here in two forms. When Brady made his Civil War pictures, the plate had to be wet at the time of exposure. Now it has to be wet during development instead. In the future perhaps it need not be wetted at all. There have long been films impregnated with diazo dyes which form a picture without development, so that it is already there as soon as the camera has been operated. An exposure to ammonia gas destroys the unexposed dye, and the picture can then be taken out into the light and examined. The process is now slow, but someone may speed it up, and it has no grain difficulties such as now keep photographic researchers busy. Often it would be advantageous to be able to snap the camera and to look at the picture immediately.