My grandma bought herself a newer model, МК-61 so the good old Б3-21 was given to me to play with. And so I spent several long summer vacations climbing trees, fishing and hacking the first soviet programmable calculator. 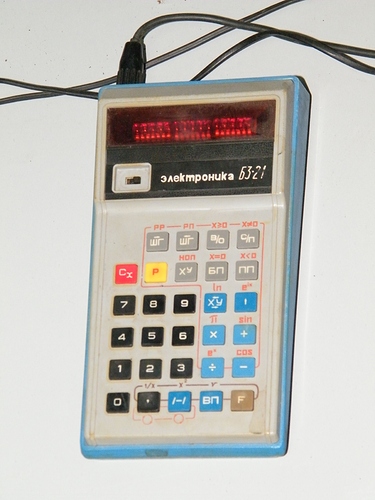 And there was a huge pack of popular science magazines in the house. Such as Science and Life, Technology for the Youth packed with programs and programming tricks. The was a problem though. Most of the magazine publications were for the later models, such as Б3-34 and subsequent ones, but not for such early model as my Б3-21. Б3-34 looked similar, had a similar instruction set, but was significantly more advanced. For example, it had 98 instead of 60 instruction memory “steps”.

So instead of just using whatever was given to me by the authors, I often had to adapt or back-port or simplify. Or just write something entirely different in the spirit of the original. That required lots of hacking to fit in 60 steps and other reduced capabilities.

The device was slow. I started a program and had to wait sometimes minutes for it to complete. It felt quite like the long software builds of present times. But with one significant difference: there was no internet to spend time until the execution completes. So I borrowed another piece of hardware from my grandma: the VEF-202 radio: 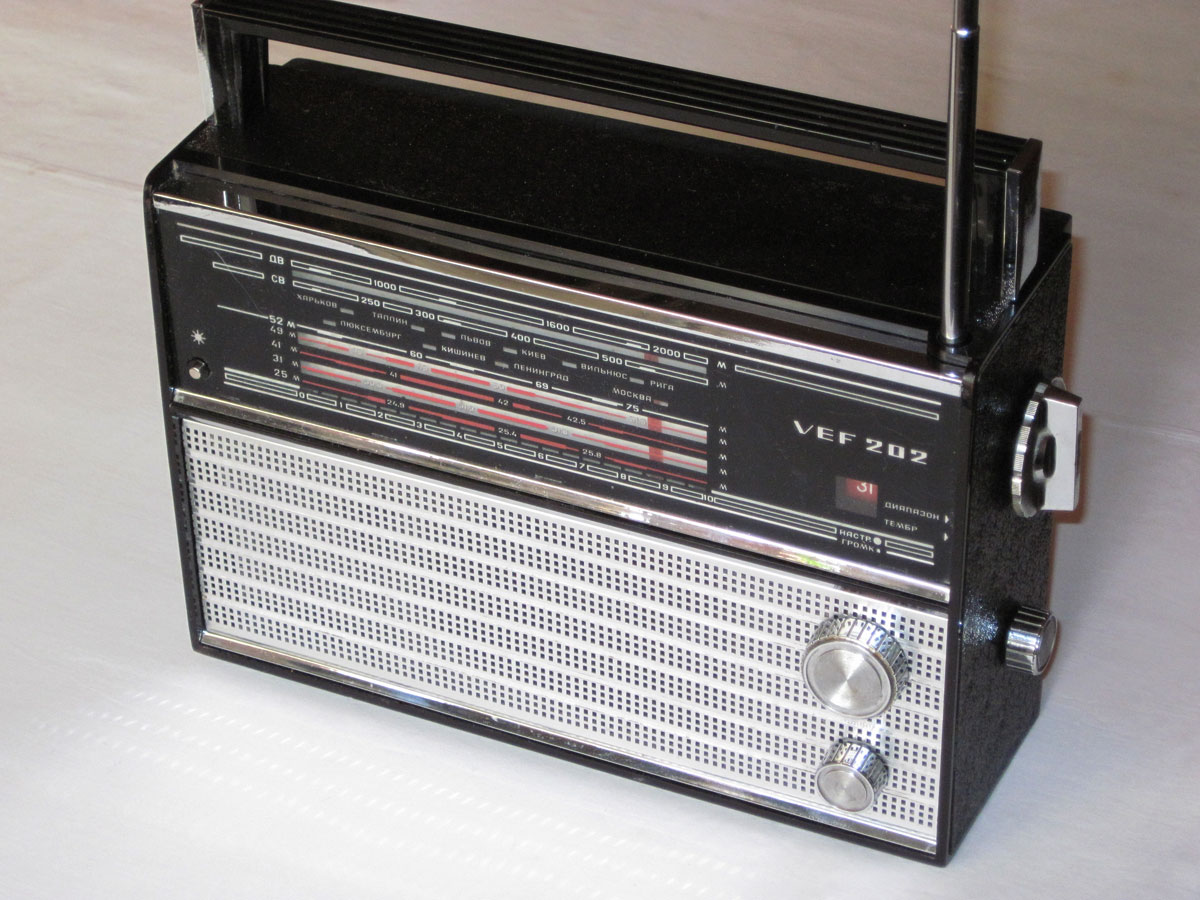 Instead of the internet, I was browsing the radio. And eventually I found the voice of my calculator.
It appeared I could tune into a particular frequency and hear the program execution. It was like

Gradually I realized the power of my invention:

First, I could read magazines without having to keep a look for the calculator screen and just hear the moment when the execution completes.

Second, I could tell when it went into an (infinite) loop. Just because the sound pattern was repeating all over again. In general, different kinds of instructions sounded differently.

Third, I’ve got a metronome and a kind of drum machine to play guitar with. Wow.

I was never good in doing all those things from the magazines like “attaching a speaker to your calculator” or a weighbeam or a cash register printer and all those soldering excrcises. But suddenly I had a very nice piece of wireless (!) technology available to me that has never been mentioned in the literature.

An excellent adventure! Great to make your own parallel discovery of the radio interference - there’s a good tradition of using that, I think, especially for early computers. I’ve a feeling I tried it, but I would bet that I’d read about it in a magazine.

I loved that immersive dedication one could put into programming a calculator and learning its quirks when in ones earlier years. I’ve bought calculators more recently and it’s just not the same.

If I ever buy an Elektronika machine, it’ll force me to learn a bit more Cyrillic…

Awesome story! I have always pondered connecting a speaker to a calculator… no wait, that never happened

Not uncommon in older systems - as a summer project while at uni, I had a job to re-write/update some old code written on an Elliot 903 … It has a coil and amplifier inside and you could listen to it running - and (importantly!) tell when it had gone into a loop…

There was one algol tape that could play tunes too.

There are stories, I think it’s about the MIT memory test computer (MTC)*, where engineers actually tuned into the computer by radio while having dinner at home. (I guess, this is only feasible with vacuum tubes.) Also, some of the early music applications worked by radio coupling, – However, this prior art doesn’t take anything away from the autonomous invention by the isolated soviet youth. Great story, nicely told!

*) Source: Dream Machine by Mitchell Waldrop (I’d have to look up the particulars)