HP’s 41C was quite a leap forward from the previous generation of programmables: it was alphanumeric, used a low power LCD display, had a plug-in module system, had non-volatile memory, had communications capability. TI’s response was planned and built but never released - apparently it would compete with another coming-soon product:

In the memo, Herb announces why the TI-88 is being discontinued. TI lost $3M ($8.2M today) by cancelling the program. They are concerned that the TI-88 would interfere with their long range strategic product, the Advanced Language Calculator.

More on the backstory of the TI-88 here, with lots of tabulations of the state of play within TI and the wishlist of features:
Project X

And here is an image and the stats of the machine itself. 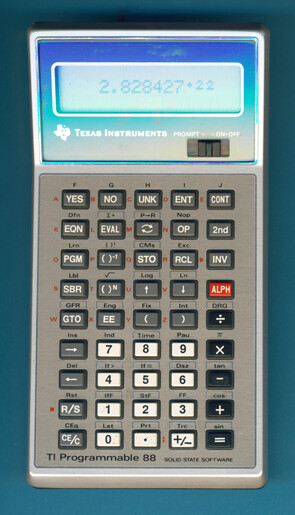