This is quite a beast of a machine, from 1982. Based around a 1MHz 6809, optionally 2MHz, it supports up to 512k RAM (with the use of 8 MMU chips). The OS is in ROM: OS9 or optionally Flex. There’s a version with 40x24 text or 240x240 colour graphics and also a headless version, and supposedly supporting multiple users - 4 serial lines expandable to 8. Oddly, it can output to a monitor or a TV.

Many photos and some details from Adrian Graham on this page:
Binary Dinosaurs - Positron Computers Ltd 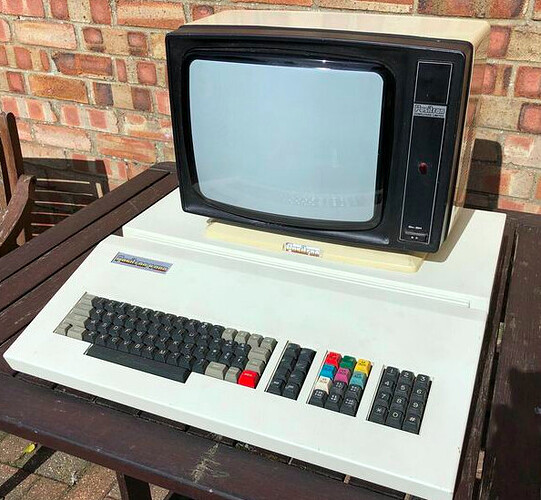 Also links on that page to a PCW review, which gives us this look inside: 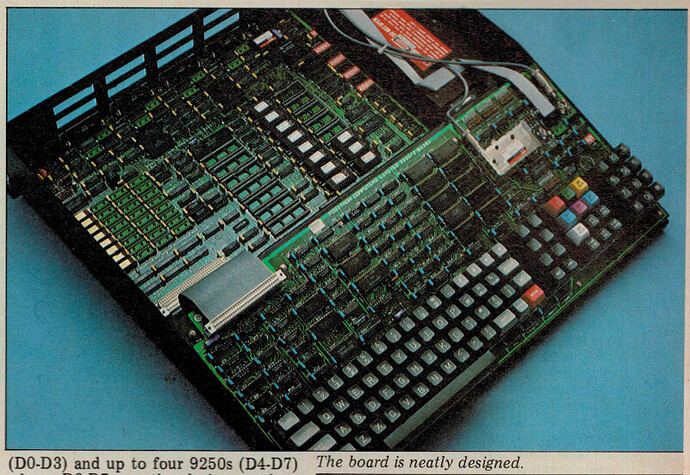 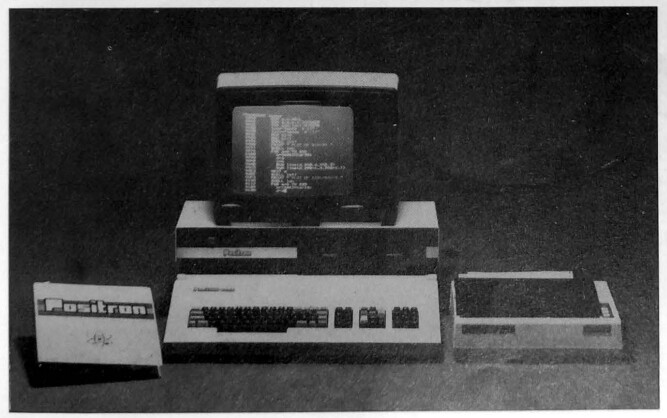 And from 1985’s Microcomputer User’s Handbook (“The Complete and Up to Date Guide to Buying a Business Computer”): 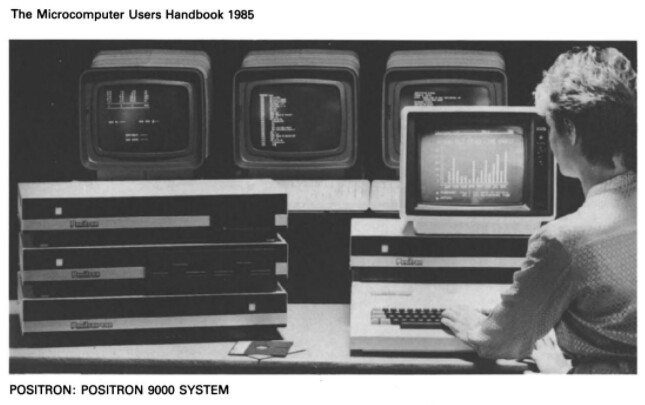 It also has an IEEE-488 interface using a Texas 9914A. This is designated as a bus system controller and shares seven Positron 9000/900 processors as controllers with eight Positron disk drives

although I don’t quite know what that means…

How prevalent was using a microcomputer as a multi-user system? Seems like a bit of a contradiction.

The machine looks cool regardless but I’m just curious.

OS-9 always made me curious, especially compared to UNIX: any people here who used it enough to comment / make comparisons?

How prevalent was using a microcomputer as a multi-user system?

Moderately, I’d say. That is, of course, defining a microcomputer as a computer based on a microprocessor - to be compared to a minicomputer. For a multi-user setup, you’d of course be running certain kinds of applications, probably business applications, probably from multiple smart terminals. Tandy’s versatile TRS-80 brand encompassed the TRS80 Model 16 which was a departmental-sized machine, or a small-business machine.

MP/M was a multi-user version of CP/M. I once visited an accountant company to help saving their files after they experienced some internal disaster. They had a number of terminals connected to their Z80 micro running MP/M. I think MP/M was used quite a lot back in the day, so yes multi-user microcomputers was a thing.

Interesting. The image of a computer with a keyboard and monitor severing as a host for terminals just seems a bit odd to me. My image of multi-user terminal based systems is a large cabinet computer that has limited interactivity on its own and then terminals connected to it in order to provide that interactivity.

I guess it would probably be more cost effective to buy one “computer” and several terminals. Especially if the computing needs of each individual user are relatively low.

This would be a box with a number of serial terminal ports, e.g. 8 ports. No keyboard and monitor. Not all microcomputers were like an Apple II or a C64.

Note also that, even if it had a keyboard and monitor, a CP/M (or MP/M) system was structured like it was a serial terminal, and all of the OS console operations were essentially terminal I/O. Many CP/M computers did include a keyboard and display driver (at least as an option), but in that case the CP/M BIOS presented them as a faux serial port. (To the extent that, like a modern virtual terminal on Linux or the BSDs, the BIOS provided some level of cursor control and terminal emulation; for example, the Osborne 1 emulates a Televideo 920.)

In some cases the video screen was also available via, e.g., a memory mapping (and this was often used for games!), but such interfaces were non-portable.