The Mythical 3M Workstation and the 68000

I listened with interest to the Oral history by the 68000 Team.

One line spoken by Jack Browne - the Marketing Manager on the 68000 project, described the environment that the 68000 was being introduced into:

Browne: That’s what really got us to the—at that point the mythical point was one meg for performance, one meg of memory and one mega pixel of black and white.

This is a misquote of an observation that had been made by Raj Reddy of Carnegie Mellon University - the mythical 3M workstation. The minimum specification for academic/technical workstations:

at least a megabyte of memory, a megapixel display and a million instructions per second (MIPS) of processing power. It was also often said that it should cost no more than a " megapenny " ($10,000). 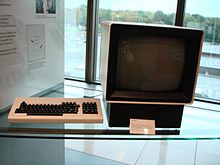 3M was a goal first proposed in the early 1980s by Raj Reddy and his colleagues at Carnegie Mellon University (CMU) as a minimum specification for academic/technical workstations: at least a megabyte of memory, a megapixel display and a million instructions per second (MIPS) processing power. It was also often said that it should cost no more than a "megapenny" ($10,000). At that time a typical desktop computer such as an early IBM Personal Computer might have 1/8 of a megabyte of memory (128K),...

This was an approximation to the specification of first workstations that were being introduced around that time - and the 68000 was a key enabling factor.

The principal manufacturers at that time were Apollo, HP and Sun, and they were priced at around $10,000.

Workstations were sold initially to large corporations and University Research departments with large IT budgets. They were frequently networked together using Ethernet and to the corporate mainframe which often provided secure storage and archiving. Some were without harddrives, as the culture in industry at thay time was cautious or nervous about distributed storage of sensitive corporate IP.

Typical tasks were mechanical design, system modelling and EDA (electronic design automation). The IBM PC had yet to evolve into a machine powerful enough to do these memory and processor intensive tasks - an evolution that would take several more years.

With the release of the 1 megabyte Atari 1040ST in the spring of 1986 again using an 8MHz 68000, it was one of the first consumer grade machines to offer performance similar to the early 68000 workstations. When the price was lowered to $999 it was the first machine to break the $1000/megabyte barrier.

In the late 1980’s my employer introduced the Atari1040ST to many of the engineers on a “one per desk” basis.

Prior to that we had being using dumb terminals connected to the company’s DEC 10, MicroVAX and PDP-11 machines.

A lot of the technical equipment was based on VME hardware - again with various flavours of the 68000 family.

For small jobs such as wordprocessing, there was a plethora of aging BBC model B micros scattered around the department.

The Atari machines were popular amongst the engineers for a few years, but by 1990 a decree from top corporate management insisted that the central Corporation IT purchasing department would only entertain purchase requests for Compaq x86 PCs.

As a consequence of this decree, my first PC used as a workstation was around 1990 - a 20MHz Compaq 386 which was a “hand me down” from another engineer.

It was fitted with a 387 maths coprocessor to make it a usable machine. I spent a couple of years designing PCBs using OrCAD capture and layout products running under Windows 3.0 and 3.1.

All a long time ago, and compared to the computing power we have at our finger tips these days, it almost appears like ancient history.

I remember at my first job (Plessey Semiconductors in the UK) my second manager talking about the 3Ms (MIP, Megapixel, Megabyte) and there was some evaluation of smart graphical terminals and possibly workstations, to move on from the VAX cluster and VT320 on every desk. (I think he also had a DEC Rainbow. And he thought engineers should get MBAs and move into management.) But I wasn’t sufficiently au fait with the possibilities to keep good track of what was going on - I joined in '84 and left in '86, and my second employer (Philips) had a VAX or two but also a token ring network and a goodly number of Apollo workstations. Not quite enough to have one each.

I don’t think I had a PC on my desk until the late 90s - and then it was a laptop, running Windows but with the aim of providing X11 display, or ssh connections. Maybe even telnet, but don’t tell anyone.