"The Machine to Build the Machines - NeXT"

In 1986, NeXT saw the possibility of fitting all the power and technology of the most advanced computer workstations into a one foot cube. To accomplish this, we aggressively pursued Surface Mount Technology, a process which would allow us to build an entire computer system onto one printed circuit board. This set into motion a plan to build the most sophisticated manufacturing system ever employed for Surface Mount Technology. The system would be fully automated to fulfill NeXT’s goals: High quality, high consistency, high yield, low cost. It would also mount components closer together on a computer circuit board than ever before.

I’m not sure of the timeline here, or when this promo might date from. However, the high volumes didn’t materialise.

" The first machines were tested in 1989, after which NeXT started selling limited numbers to universities with a beta version of the NeXTSTEP operating system installed. Initially the NeXT Computer was targeted at U.S. higher education establishments only, with a base price of US$6,500 (equivalent to $13,407 in 2019)" 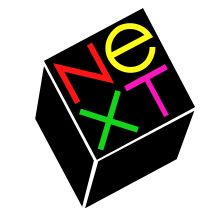 NeXT, Inc. (later NeXT Computer, Inc. and NeXT Software, Inc.) was an American computer and software company founded in 1985 by Apple Computer co-founder Steve Jobs. Based in Redwood City, California, the company developed and manufactured a series of computer workstations intended for the higher education and business markets. NeXT was founded by Jobs after he was forced out of Apple, along with several co-workers. NeXT introduced the first NeXT Computer in 1988, and the smaller NeXTstation in...

However, the high volumes didn’t materialise.

I doubt the lack of high volumes were a production issue, however.

I bought my NeXTStation slab via a University program, it was, like, $3500.

Truthfully, at the Uni price it was actually competitive with “high end” 386’s at the time, which I was eyeing to run some other Unix. Out of the box, it was underequipped, however, with 8MB of RAM and 120MB hard drive. I quickly bumped it up to 20MB and a 400MB drive. Later I was able to grab the laser printer and CD ROM for it.

But while everyone else was getting PCs and such, I bought this instead. It wasn’t until, oh, 1998 or so that I bought my first real PC. I had one for a short time earlier, but donated to a cause. I didn’t use it much.

The NeXT did what I wanted, USENET and Mail. Plus the other just amazing-ness of it at the time.

Of course, I’ve always said if I spent my computer money on carpentry shop tools, I’d a) probably still have them and b) have a better equipped shop than Norm Abram.

Mind, on the other hand, I’m a much better programmer than I am a carpenter…