"The digital computer as a musical instrument"

Some videos here about the genesis of FM synthesis, the technology found in Yamaha’s DX7 as recently explored by Ken Shirriff: 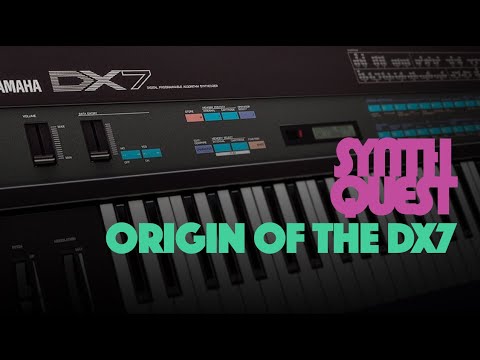 (In which you’ll find half a dozen big hits from the 80s, and four DX7 patches crafted and shared by Brian Eno.)

The 1963 paper which titles this post can presently be found here - it’s only 6 pages.

Hat-tip to @sohkamyung for this starting point.

This book explains the background how FM synthesis was invented, and much else about music research at Stanford. CCRMA was colocated with the AI lab for many years and used their PDP-10.
http://www.thesoundofinnovation.com/

When the AI lab moved out of the D.C. Power building, CCRMA stayed behind for a while and kept running the WAITS operating system on a smaller Foonly computer.

Oh, that’s great - and free to read online too!

Chowning estimated the cost of the computing system at $298,000 (about $960,000 in 2014 dollars). He divided it into three phases [memo]: the first phase, which he labeled “Bootstrap,” would involve acquiring a Foonly F2 and associated storage, terminals, and interfaces for $156,000. (The F2 was a mainframe computer compatible with the DEC PDP-10. Dave Poole, the tuba player and hacker who first enabled Chowning to run Mathews’s Music IV program, founded Foonly.) The second phase would acquire more storage, terminals, a printer/plotter, and interfaces to achieve “independence from SAIL” for $96,000. Finally, the third phase would involve more memory, storage, and terminals for $46,000 to complete the system. In essence, Chowning plotted out the minimally necessary system for continuing with CCRMA’s work and the system that would allow this work to flourish. All options, however, required funds that CCRMA did not possess.