IC logic devices had been available from about 1960/61 but at a cost that was prohibitive to all but the aerospace industry. Examples of early use are the Apollo Guidance Computer (AGC), and the D-37C guidance computer built for the Minuteman-II missile project.

The D-37C (D37C) is the computer component of the all-inertial NS-17 Missile Guidance Set (MGS) for accurately navigating to its target thousands of miles away. The NS-17 MGS was used in the Minuteman II (LGM-30F) ICBM. The MGS, originally designed and produced by the Autonetics Division of North American Aviation, could store multiple preprogrammed targets in its internal memory. Unlike other methods of navigation, inertial guidance does not rely on observations of land positions or the stars...

As the 1960s progressed, costs reduced and the IC manufacturers found new markets for their product, which included the mini and mainframe computer industry. Design Engineers were encouraged to incorporate the ICs into their new designs, and sold the concepts of greater reliability, lower assembly costs, higher performance and greater logic density. However for a company like DEC, that had a lot invested in discrete transistor modules, since 1957, the breakeven point between discrete and integrated logic would be a complex business decision and not reached until about 1967.

By the late 1960s, all three logic families were available from multiple vendors and in a variety of packages, flat-pack, DIP and metal can. Plastic DIP packaging would provide a lower cost option for commercial grade devices.

Fairchild Semiconductor, Texas Instruments and Signetics were the principal manufacturers, but there were several European suppliers including SGS, Ollivetti and Telefunken.

This article by David Laws of the Computer History Museum describes the state of the semiconductor industry in the 1960s as TTL eventually became the dominant family. 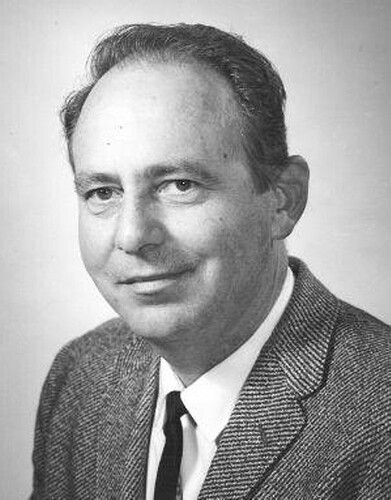 The Rise of TTL: How Fairchild Won a Battle But Lost the War - CHM

The rise of TTL to dominate the IC logic business established a pattern familiar to observers of the semiconductor industry with its succession of DRAM, Microprocessor, and Flash “Wars.” Battles for supremacy for their products raged for years...

For those interest in the costs of ICs, I have located a price list from Lafayette component distributors from 1967, which offers some representative prices.

The TO-84 flatpack is a surprisingly compact package, approximately half the size of the DIP. It’s the forerunner of SMT packaging, with a 0.050" pin pitch which would appeal to the aerospace industry, where high density and reliability would be paramount. 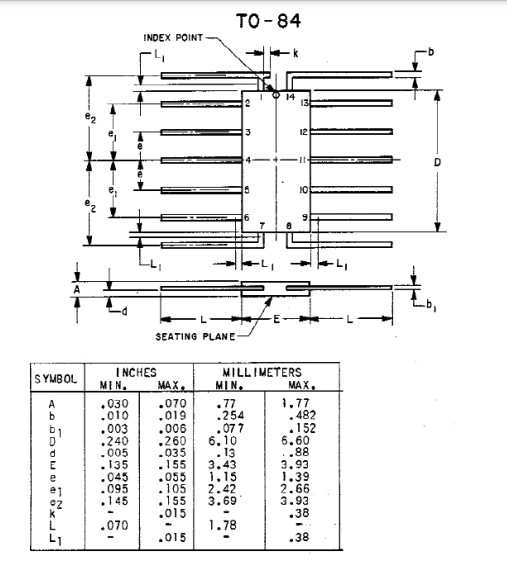 The chip industry is so focused on Moore’s Law that people forget there are other sources of price reduction. As products go through a learning curve the yield goes up and as time goes on the fixed costs get more and more diluted. In addition, competition forces margins to go down. So even though the same chips are being made year after year in the same process node (so same number of transistors on the same die size) they get sold for less and less.

The cost of CORE memory was a hidden factor in computer prices. Do you buy a new computer
with slower but lower cost memory (a), or a new faster computer with the fastest high cost memory (b)?
Very few salesman promoted option A:

Having read the recent feature on the Wireless World transistorised computer, I wanted to compare the discrete transistor logic used there, with integrated circuit logic of the same era.

I knew that integrated logic had been very expensive in the early 1960s, but wanted to know how much costs had reduced by 1967 - the year that the Wireless World computer article was written.

I was also curious why minicomputers such as the PDP-8 remained as a discrete logic design until the PDP-8/I was introduced in 1968. Although it used ICs, DEC were still heavily invested in the new “M - series” plug-in modules inserted into a large wire-wrapped backplane.

So purely based on component cost (not labour), an assembly of a quad 2-input nand would be $1.20 whilst a 7400 integrated version would be $6.50 or more than 5 times the price.

By 1971, the cost of IC logic would be very close to that of discrete transistor logic.

A GOOD VIEW of the 1970’s state of the ART, by DEC. This is why PDP-8/11’s are still around
and the latest PEE CEE gets replaced every other tuesday.
http://www.bitsavers.org/pdf/dec/_Books/Bell-ComputerEngineering.pdf

Gordon Bell’s Computer Engineering is an excellent resource - 600 pages of it. Also available as a web site here within Bell’s extensive collection of papers and publications. I notice the book is dedicated to Ben, and that would be Ben Gurley, designer of the PDP-1.

Bell’s oral history at the CHM is here.