Both the Apple II and TRS-80 versions originally came on cassette tape. The Apple II version was updated in 1981 with minor improvements. Note that the first PC version, Microsoft Flight Simulator (v1.0), was released two years later and is more similar to the 8-bit versions of Flight Simulator II.

In later years, SubLOGIC also created versions for the Commodore 64, Atari 800, TRS‑80 Color Computer, Apple Macintosh, Atari ST, and the Commodore Amiga. But the most famous and popular version was the one licensed by Microsoft for the IBM PC. Known as Microsoft Flight Simulator, it sold millions of copies and was updated many times until the final version was released in 2006. It was one of the last programs sold that at one time had a TRS‑80 version.

which I think I found via a reference in Matt Barton’s book “Vintage Games 2.0: An Insider Look at the Most Influential Games of All Time”:

The TRS-80 version was lacking in some respects—there was no sound, and only black and white visuals at 128 × 48 resolution, which explains the lack of a graphical instrument panel. On the other hand, Artwick introduced an additional overhead, or “radar” view. As with the Apple II version, contemporary critics hailed it as a technological breakthrough. Roxton Baker, a writer for The Alternate Source (a magazine for the TRS-80 owners) is particularly effusive in his 1980 review of the game:

This is a superb program. It is so innovative and advanced that it must be praised in parts; its whole effect is beyond comparison with any existing TRS-80 software. First, FS1 is a highly realistic simulation of small aircraft flight. It combines with that a sophisticated, ingenious, and breathtaking 3-D graphics display. Finally it provides an exciting and challenging real-time dogfight game. In any one of these aspects FS1 must be rated well ahead of its competition. Indeed for the graphics display it has no competition.

Indeed, the prehistory goes back to PLATO… 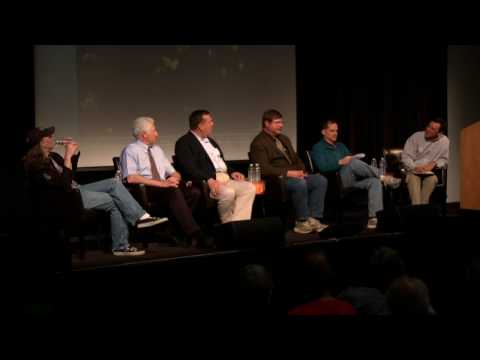 Artwick might have been inspired by a PLATO game called Air Fight, a flight simulator using the platform’s vector graphics. Air Fight was programmed by Brad Fortner in 1976, and it’s a sophisticated 3D simulation. As the title implies, it’s focused on combat, and could host up to 30 other pilots. Of course, this game ran on a far more powerful computer than the Apple II. When his colleagues suggested that he make a version for home computers, Fortner said, “It is flat out impossible to do a flight simulator on an Apple II. It can’t be done. It doesn’t have a floating point processor; it is impossible.” Artwick, obviously, disagreed, and felt that the home computers’ crude displays (compared to PLATO’s) would lessen the need for such intense calculation. In 1979, subLOGIC published Flight Simulator with British Ace 3D Aerial Battle Game for the Apple II, followed a year later with a version for the Radio Shack TRS-80. Both versions of FS1, as it’s come to be known, were completely coded in their respective machine code (6502 and Z80, respectively). SubLOGIC’s plan was to advertise the product in magazines and sell copies by mail. The Apple II version had a painfully low frame rate, rendered in only four colors, and shipped on a cassette for the 16K (RAM) Apple II

Yup! I played with this. I was dabbling with 3D graphics on a PET (no, really), and my math teacher had a TRS-80 and this program. So I got to go over to his house and try it out.

The 3D math was simple enough (there was a great article(s?) run in an issue of BYTE that gave the basic math for 3D manipulation (rotations, scaling, etc.). But I couldn’t find a way to draw the lines very well. I should have worked on my step function for Good Old y = mx + b.

40x25 graphics on a PET are not ideal for 3D display, and I didn’t have a way to really plot 80x50 (which could be done on the PET), but, hey, it was enough to show my cubes moving. Good enough for the time.

I had this on my C-64 back in the day – it was a later version, in full color, and was a giant pain to control with the four-button joystick. Spent hours on it.

Got Bruce Artwick’s book, too. “Microcomputer Displays, Graphics, and Animation”.

Yes, I bought A2-FS1 on cassette through mail-order in 1981, and was mildly impressed, but could never come close to mastering the “dogfight” sub-plot. I spent much more time with Apple Invader (also on cassette) … it was more “playable”, and seemed to showcase the Apple ][+'s natural abilities (as well as my own) a bit better.