From 2015, a Geek Out event at Oxford’s Museum of the History of Science: 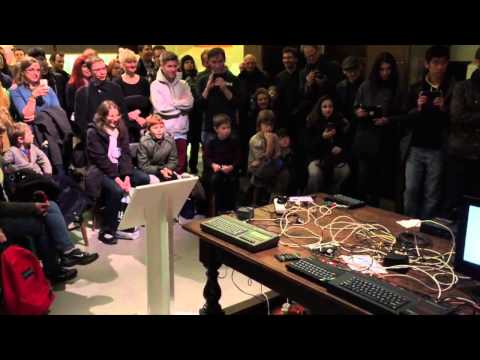 As written up on ElReg:

The result isn’t going to put any orchestras out of business, but is rather lovely if only because the creator of Spectrum Basic, doctor Stephen Vickers, approves.

The video concludes with Vickers saying the project “is fantastic, and gave me great pleasure.”

via Keith Clark’s post to the G+ Retrocomputing community, where he asks:

So, they can network a bunch of 8 bit machines to play music, which is very cool, but this got me thinking.
If one could have used this technology back in the day, could they have made a beowulf type cluster and competed with the era’s super computers?

And garnered these comments, among others:

Also, not much later, the Atari ST had MIDImaze, which used MIDI as a peer-to-peer networking protocol.

Something similar was shown with Apple II machines at this year’s KansasFest?

The Merganthaler-Linotype System 5500 that I used to work on in the early 80’s had upwards of 45 CPUs:
2 Data File Processors,
10 Input Processor Modules,
32 Terminal controllers
and a handful of Microbee Z80 PCs doing character set conversion at the front end of the wire service IPMs.

There were always 2 DFP’s to handle disk IO and a variable number of IPMs we had 2 wire service, 3 editorial and 5 classified IIRC but the number would vary depending on the paper. The DFP’s and IPMs were Prime 200 CPUs. The terminal controllers were custom processors programmed in microcode. The terminal controllers contained all the terminal smarts and they were connected to the terminals via 50 Ohm coax. We used mirrored pairs of CDC 80Mb removable pack Disks. Each DFP had a primary and mirror…

If we’re considering special purpose hardware, the Fairlight CMI Series III used up to 8 6809s in parallel for polyphonic sampling, plus two 68000s to run everything.

Back in the eighties i remember pyramid servers running dual flavor unix (at&t and bsd) on partly microcoded risc cpus. The first ones with multiple bit slice io processors each handling 16 serial terminals, one main cpu and one system diagnostics cpu. Later ones (still eighties) had up to 4 risc cpus. It was considered one step down from supercomputers of the time. In the nineties i worked a little on a 8192 processor maspar where all processors were “slaved” and did the same instructions…

The maspars had awesome blinkenlights. The whole front, showing node and link activity. The maspar had 4bit cpus and each cpu had 8 neighbors. Max 16K cpus, but each one was more powerful than the 1-bit ones. The SIMD architecture wasn’t a perfect fit for all problems, though.

Amusingly, Danny Hillis didn’t think a 2D network would be any use. But then, he wanted fast LISP, not fast FORTRAN.

I programmed the maspar in c. Never thought about lisp while playing with it.

I did some lisp programming on xerox lisp machines. They used a cpu that ran interlisp byte code natively if my memory serves me right. Sadly(?) the xerox interlisp environment ran faster on a sparcstation than on the dedicated xerox workstations…

I made a follow-up post in the Retrocomputing community:

+Keith Clark mused about multiprocessing with 8-bit micros. Here’s a DIY Z80 machine with 16 CPUs - is that enough?

I was previously aware of the Micromind, a very early 15-way 6502 machine but I don’t know if it was ever run fully expanded.

Micromind, an overambitious product in 1977 had 15 CPUs and 64M RAM

Brad Rodriguez details a 3-CPU 6809 system in 1993:
Multiprocessing for the Impoverished: a multi-6809 system

Looks like North Star’s Horizon 8-16 system scaled up to 8 CPUs (one for each of 8 users) - the software, TurboDOS, is now free:
TurboDOS An operating system for multiprocessor networks of Z-80-based computers.

Any other aggressively parallel 8-bit machines you know about? At least three CPUs, I think!

(While you’re on Duane’s site, check out his homebuilt clone of a fancy graphics system
MicroAngelo Clone Graphics Subsystem
“Sixty wire-wrap sockets and several copyright violations later, I was the proud owner of the coolest home S-100 graphics board on the block.”)

Although not particularly retro, this reminded me of some interesting stuff I read years ago about another problem amenable to massive parallelism: TU Dresden solving the Q26 problem using FPGAs.

We can make this interesting question retro! See here: 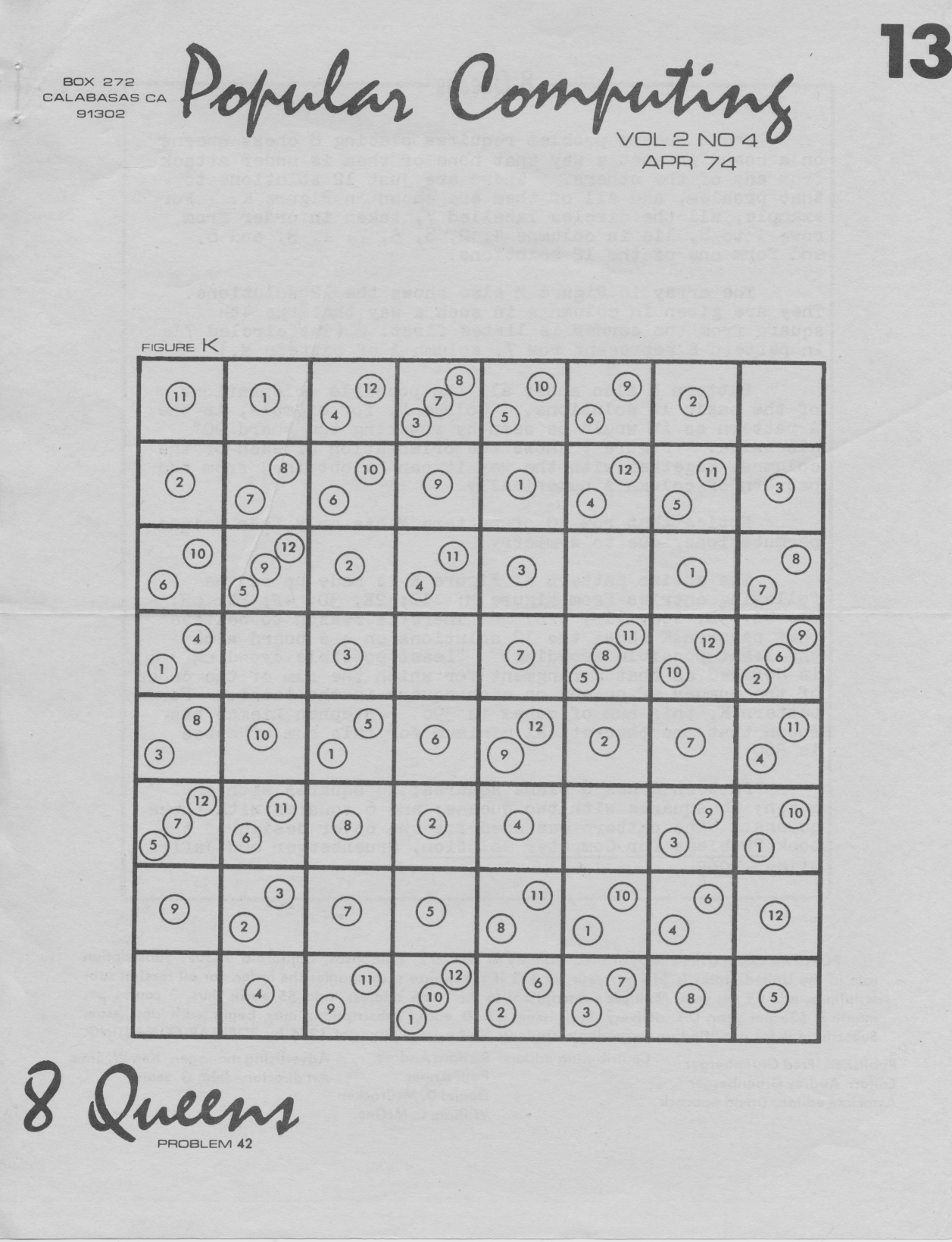 That’s a really nifty gadget. I had dreams in those days of doing something similar, but my skills and wallet weren’t up to it. This whole discussion reminded me of the Mandelbrot set parallel processing calculator Steve Ciarcia built in Byte magazine around the same time. Finding references is a bit difficult, but I found this:
Multiprocessor - robotti

But archive.org doesn’t seem to have the crucial issues.