I found this interesting interface on the main Siemens S5-95U device (for automation systems, introduced in 1979). Often, you see the interface in the middle missing. Not sure how this bus is called. You put single wires into the 2 rows in the middle. 16 digital input and 16 output, but there are 20 holes each. 4 might be alarm/counter inputs. Analog i/o is on the right. Optional L1/L2 PROFIBUS. 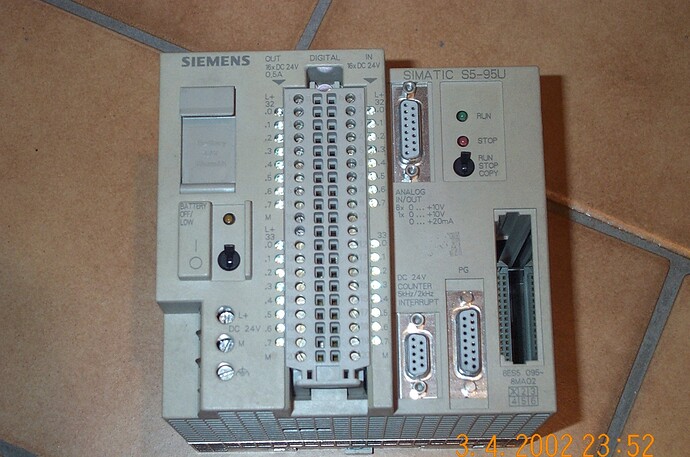 Pages for logged out editors learn more SIMATIC is a series of programmable logic controller and automation systems, developed by Siemens. Introduced in 1958, the series has gone through four major generations, the latest being the SIMATIC S7 generation. The series is intended for industrial automation and production. The name SIMATIC is a registered trademark of Siemens. It is a portmanteau of “Siemens” and “Automatic”. As with other programmable logic controllers, SIMATIC devices ar...

More infos and photos on the German Wikipedia