As a German, I’m interested in vintage Siemens devices.
Information and manuals are quite rare.
Displays are called Datensichtgerät (DS) in office-like German.
I think a standard one was 8150. There’s a photo in a Siemens 4004 brochure, but it’s not spectacular.
There were also 8151 and 8152.
For the TRANSDATA 810 series, there was an 8161 announced in 1975 for model 4004 and Unidata 7000 series (like 7.700), numbers had a dot now.
The only separate photo I found on the web is this (design award 1978), note the key

I have been working with Transdata 9750 display devices and Siemens computers of the 7.5xx series with BS2000 from 1980 to 1985, but I can also remember older models. The key switch was well intentioned, but as far as I know nobody used it. Transdata was Siemens’ RDT concept, comparable to IBM’s SNA. The manuals that stayed with me are now in a private computer museum. But maybe I can answer one or the other question.

Thanks very much for your offer!
I currently don’t have any questions.

BS2000 is still active and (modern) manuals are available on fujitsu.
More interesting and rare is BS1000 and earlier BS for 4004.
But it’s sad that there are very few manuals online.
Some are for sale, mostly expensive and maybe most want to make profit rather than scan them and upload them.
Maybe it’s also due to copyright.

After finding the term Konzentrator, this is some sort of networking device (I think in the Siemens 6.610 manual) the Siemens device is 8161 (the display is 8160), I found some even better photos in color on stackexchange.

In the evolution of modern telecommunications systems there was a requirement to connect large numbers of low-speed access devices with large telephone company 'central office' switches over common paths. During the first generations of digital networks, analog signals were digitized on line cards attached to the telephone exchange switches. In an effort to reduce local loop costs, it was decided to push this conversion closer to the customer premises by deploying small conversion devices in cust... 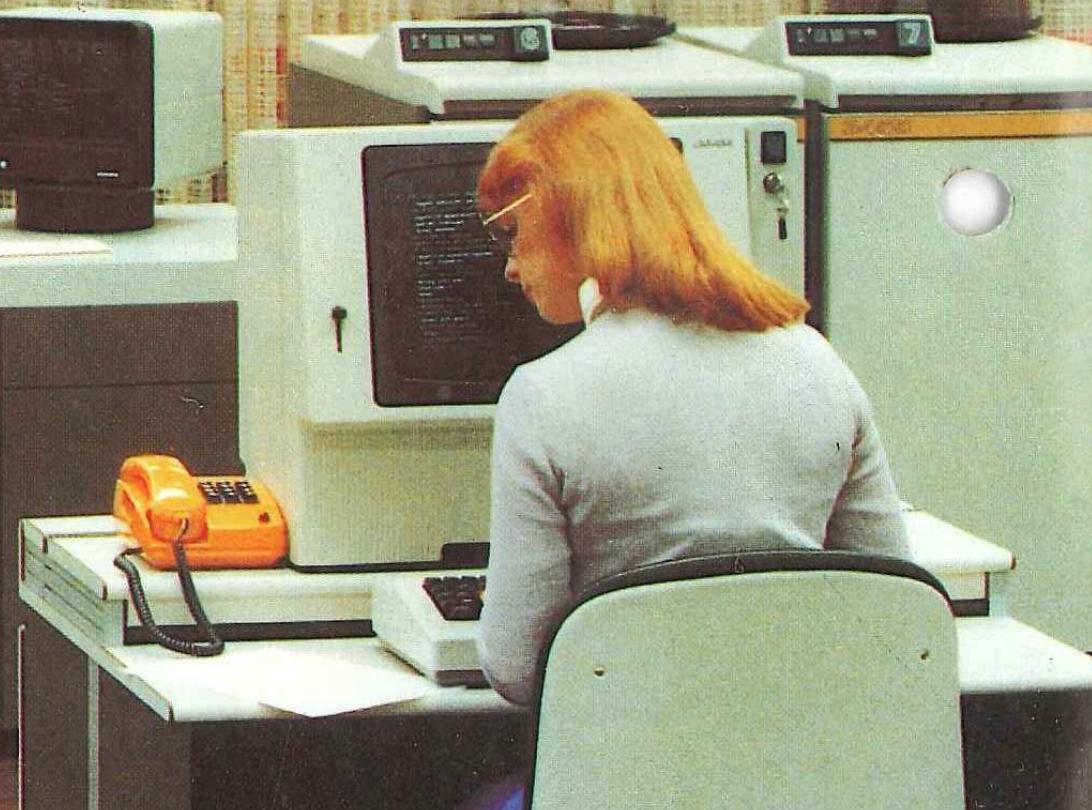 Typical office scene with a lady (maybe early 80s). Note the orange phone and the small display on the background maybe a 8150 and the disk stations with the yellow line.

What were the characteristics of the Siemens 8160 and 9750 terminals?