Those on the watch for retro-computing content on YouTube may already know this, the amazing story of user ‘Usagi Electric’ acquiring an tinkering with a Centurion mini computer from 1980. What makes this now 10-part (and on-going) series so interesting is that those machines, of which there is now only a single one, came with a Phenix hard drive, which has sadly suffered a severe, irreparable head crash. So there is no operating system and no software. — So what can you do with a machine with no software and an unknown custom processor? Well, reverse engineer it!

I looked at some of the older videos and glanced at the most recent one where he seems to have made substantial progress. I believe there was someone providing some key information about the instruction set in use.
I was slightly more intrigued that he managed to pick up a minicomputer that matched the colour scheme of his car. Very nice!

What he got and what came to the rescue is a special hardware diagnostic board, used by Centurion for testing (also, just a single one remaining). While this board came without any instruction, it contains a few ROMs with the diagnostic code. A small team managed to reverse engineer the instruction set from a simpe hex dump of those ROMs. Which is pretty amazing!

On a more philosphical level, once in a while, I keep asking myself what may be left of our digital world, once the context of the files is lost. Since binary is really the lowest encoding level possible, there’s no way to transport context on its own and any context is only attached to it by convention. (E.g., file extensions or magic numbers that tell us which file definition to look up.) What, if those conventions are gone? (Yes, there’s still “Contact”, where you look at a binary stream and say, yes, this part is encoded video, let’s play it… But, at what resolution, what frame rate, what frame encoding, what color system, and, how do you discern this, in the beginning?) – That you can reverse engineer an entire instruction set from just a few diagnostic ROMs (well there’s a bit of context there, as we may expect the code to do a few things, thus patterns, for which we could look for), is rather soothing.

If you have followed the story so far and thought this was weird, don’t miss the newest installment, as it becomes even weirder! Even, if you haven’t seen any of the previous episodes, this one is well worth seeing on its own. So, without further ado or spoilers, 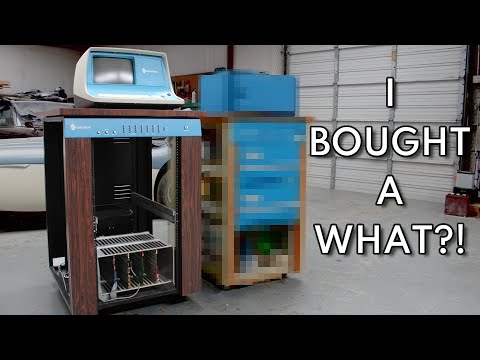 So, a short update on this: in the meantime ‘Usagi Electric’ & friends not only managed the get the Centurion mini running, they also manage to rescue the OS and accompanying software, which had been thought lost.

Here’s a celebration video, which shows what has been accomplished since we covered this last. Also, even if you were not interested in this story at all, a nice retrocomputing feel good video. 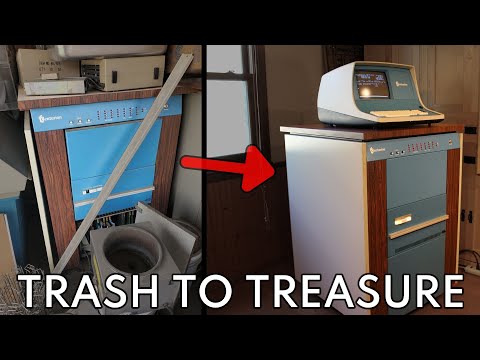 P.S.: here’s the full playlist with every epsiode (so far): https://www.youtube.com/playlist?list=PLnw98JPyObn0wJFdbcRDP7LMz8Aw2T97V

Very interesting!
But as probably nobody else has this hardware, there are mainly the emulators of interest.
There are different GIT users. 2+1 emulators. Most notably this one Contribute to Nakazoto/CenturionComputer development by creating an account on GitHub.

Unfortunately the OS images (TOS + CUETOS, both test OS) haven’t been published.
There is this WIP disassembly but no other software either, so someone can’t do much with it, except some ROM testing.

Contribute to Nakazoto/CenturionComputer development by creating an account on GitHub.