This mastodon thread chronicles the fascinating development of a game called Neut Tower. I haven’t played the game, but I love the story of its creation: the author got out a 286 laptop with Borland Turbo C and, in 2018, started writing an EGA game as it would have been done in the early 90s! 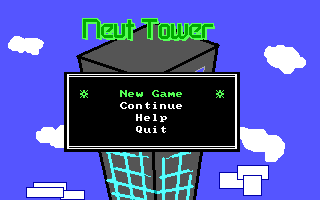 Hack your way to safety after a devastating earthquake!

Along the way, he creates a Forth-like implementation for programming game logic, Jorth, which has its own implementation thread. The source code for the effort is available for the curious.