Pros and cons of BESM-6 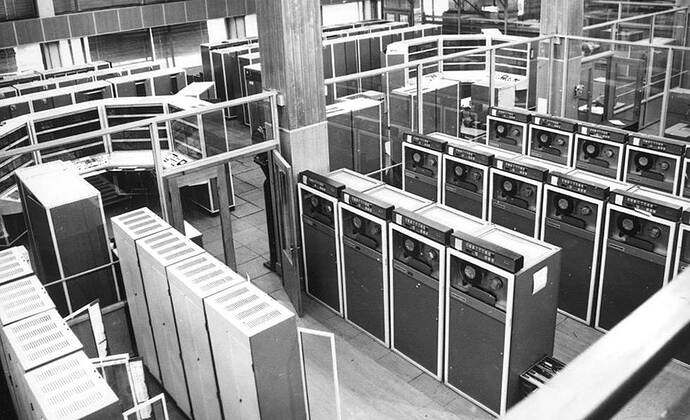 The birth of the Soviet missile defense system. Pros and cons of BESM-6

CDC 6200 In those years, the BESM-6 was no longer a fountain either, since 1960 computers have gone far ahead, we had to look for a solution to this problem as well. The USSR swallowed pride for the second time and went to ask to sell him CDC 6600 as...

I read that computer research in the Soviet Union lagged behind the US because in them 1950s some politburo member got wind of a popular essay published by Norbert Weiner of MIT that proclaimed that the ultimate goal of AI was the replacement of human workers and the reduction of human toil. The party member interpreted this as anti-worker, and it became very difficult for Soviet scientists to get approval for computer purchases or research projects for several decades.

oops had this in draft but hadn’t posted it: Lots of details in there, including: having to use floating point for address calculations; needing to run hour-long programs on a machine with MTBF of 15mins.