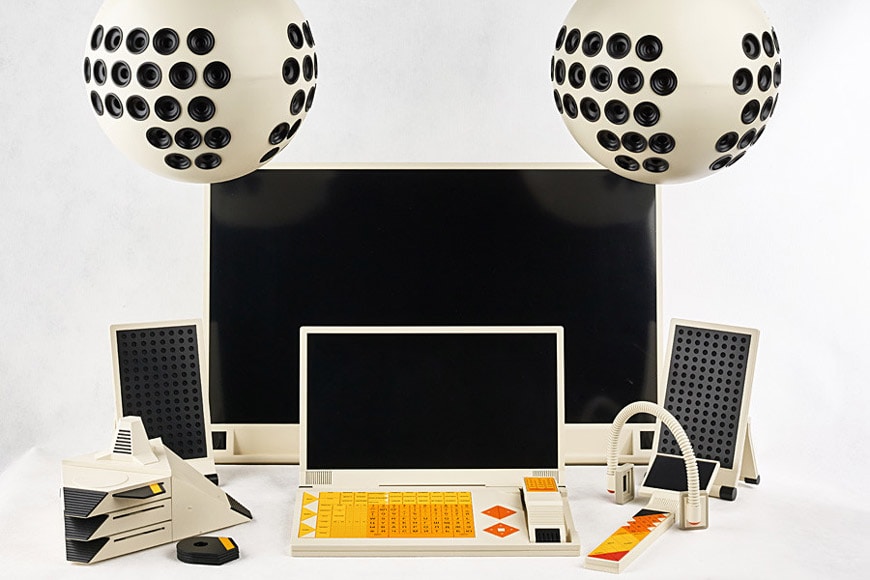 The legendary SPHINX, the high-tech system designed by Dmitry Azrikan in 1986 with which the Soviet Union tried to subvert the computer world

Ok, I just can’t get over this photograph, which is incongrous to me in so many ways: 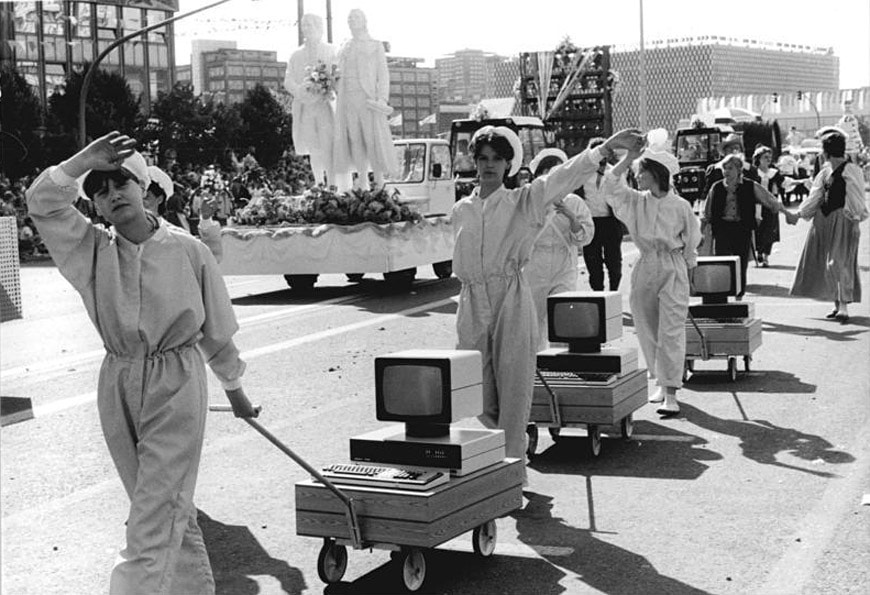 Though I suppose that if you live in a country where PCs are special enough that you’d display them in a parade, it might also be the sort of country where a child’s toy wagon is all you’ve got to carry it on.

On the one hand the hardware was too ambitious to work. On the other? I kinda wish it had happened. Has this shole art deco thing going on and the three plugin limit would have hampered the platform, but i could also see a way to exploit that hardware modularity to have several of the computers working together much like you being able to slot raspberry pi together.

The idea of all this bring able to do what it does over a phone line though? Phone lines never had the bandwidth. I mean you can cheat a lot of it, but still.

Aa for the wagon parade? All i can think is highly organized heavily scripted propaganda trying to say ‘look how ubiquitous these will become’ and ending up saying something else 'look how poor we as a people actually are. ’