Mention here Shelfies: bookshelves with a retrocomputing angle - #15 by rlauzon of pocket computers with some “shelfie” images, so thought I’d share a few I have here:

The Sharp PC1211 was well-used by me in the early 80’s - more for fun, but I did have a few programs in it - along with the cassette adapter (now lost, sadly). Very limited, slow, 1500 bytes (count them!) of RAM but fun. The one I had back then was the Tandy TRS80 pocket computer which was more or less a re-badged version of the PC1211 - and I subsequently got an original 1211 recently, although the display is suffering slighty… 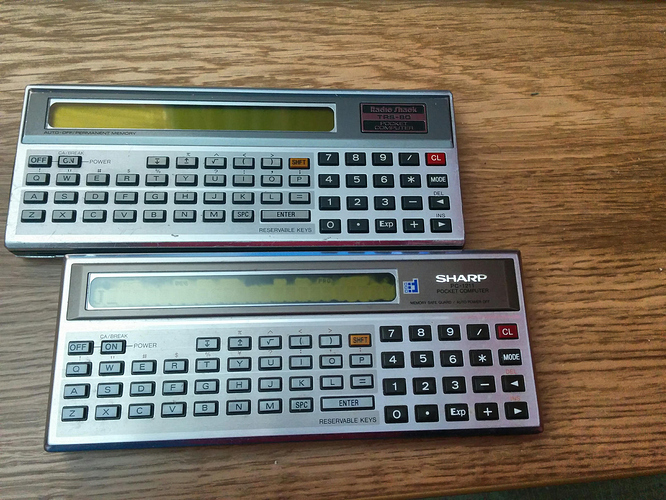 The other one was the big brother - the PC1500 - more RAM, a bit faster and a colour plotter! (Which I have, but need pens for - which I know are still being made today) 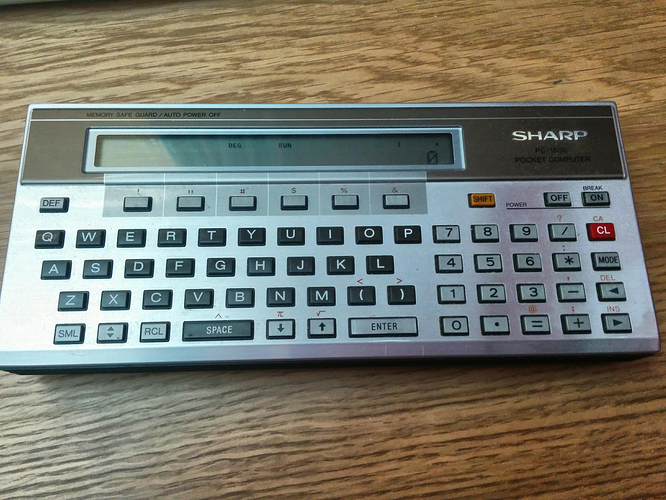 There were many others in that era too - programmable calculators (I have a Casio fx501p) then little address-book computers in the days before smart phones. It all seemed quite novel back then…

My constant companion through college was my TRS-80 PC-4. Only 1.5K (I had the memory expansion), but it did what I needed it to do. My collection now includes some PC-2s and a PC-3. 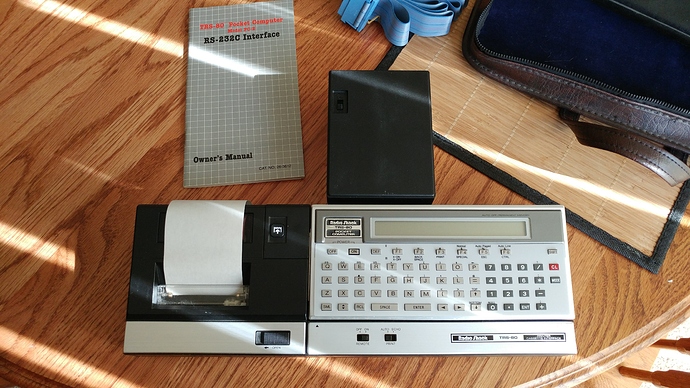 FYI: I recall someone having new PC-1/1211 screens manufactured to replace the ones going bad in working units.

Here’s the picture I was looking for: https://photos.app.goo.gl/TRLLDA2eTwutPtSv6

Here’s the picture I was looking for: https://photos.app.goo.gl/TRLLDA2eTwutPtSv6

About the Sharp PC-1211, I have the same problem. A guy is trying to make new LCDs Designing Custom LCDs To Repair Retrocomputers | Hackaday, perhaps could be helpful to you in case that you want to replace the display.

That’s fairly amazing, really. I’ll follow his progress… I’m not that fussed about the display although I didn’t know it was due to air/moisture getting in. The display on my original one is still fine, it’s just the one I bought via ebay recently (for next to nothing) that’s damaged.