Only a few hundred of this Russian machine were made, in the latter part of the 80s, but it looks pretty special. Apparently non-rectangular windows were supported too, by whatever special hardware was in the machine.

At 8MHz it has, apparently, slightly less performance than the Amiga 500.

Some photos at the Soviet Museum where we learn it had, or could have, 1M Byte of memory. (Via twitter)

This looks like it’s using another variant of Angstrem’s PDP-11 die (I thought it was a KM1801BM2, but that can only address 64K). Man, I’d love to know more of the story behind this architecture and the company that produced it. They’re not direct clones of any known PDP-11 chip, but more of a “homage” (at some point in this microprocessor’s history, the microcode was rewritten to emulate a PDP-11).

Hmm … the menu font looks like it’s taken from the Amiga, and of course the artwork is from the Amiga game Defender of the Crown.

It looks like it can mix different graphics modes in a way more advanced than the Amiga. Normally, Amiga graphics mode is not changed in the middle of a scanline (it can be, but it normally takes too many Copper commands for this to be useful). But in this computer, it seems graphics mode transitions take place quickly enough to only involve a small amount of black blanking (the left and right borders).

There are a few tiny demos I made for this machine recently: 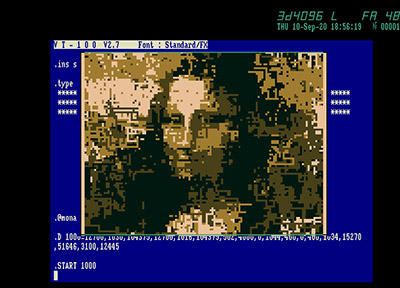 Also there is the article I wrote about graphics system: https://manwe.pdp-11.ru/?/neon-programming/windows. Russian language, though. 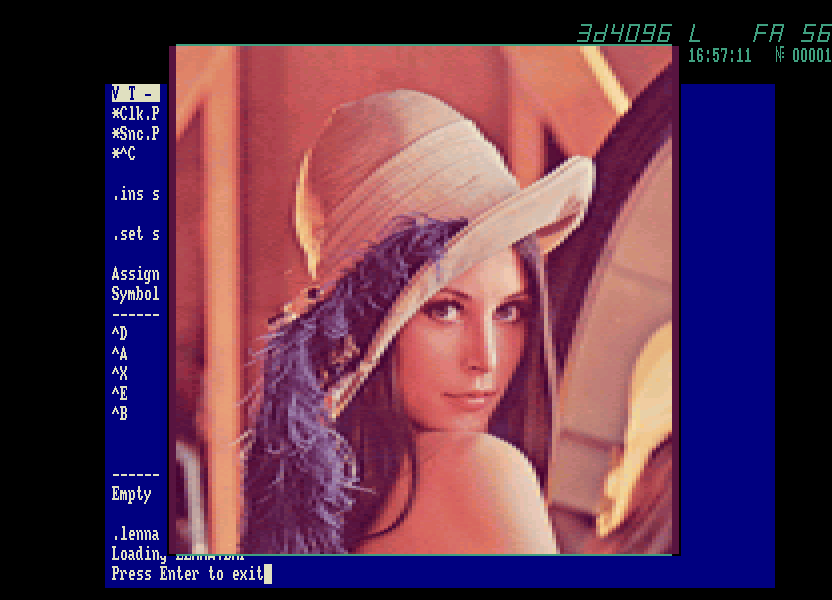 The Мона Лиза picture is generated by an algorithm of only 256 bytes?