The PiDP-11 is a high-fidelity scale model of a PDP-11/70 front panel, powered by a Raspberry Pi running the SIMH emulator. In this blog, we see a video where the PiDP running BSD 2.11 drives an emulation of a Tek vector display terminal:

and here’s its description:

I was lucky enough to use Tek terminals in the early 80s, in a course on LSI design. Layout of 6 or 7 layer NMOS designs on a monochrome display - but lines can have patterns, so it’s all fine!

If anyone is interested, here’s the real thing (a 4010 with a custom Tek module to give it some of the extra '14 features) awaiting restoration at my QTH: 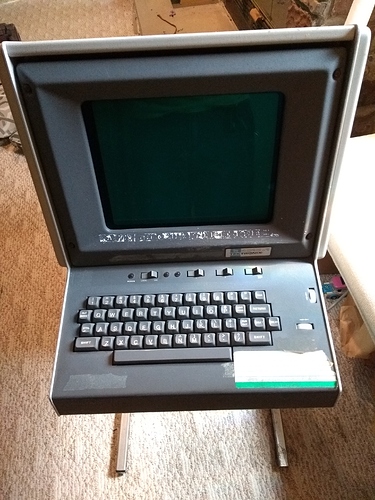 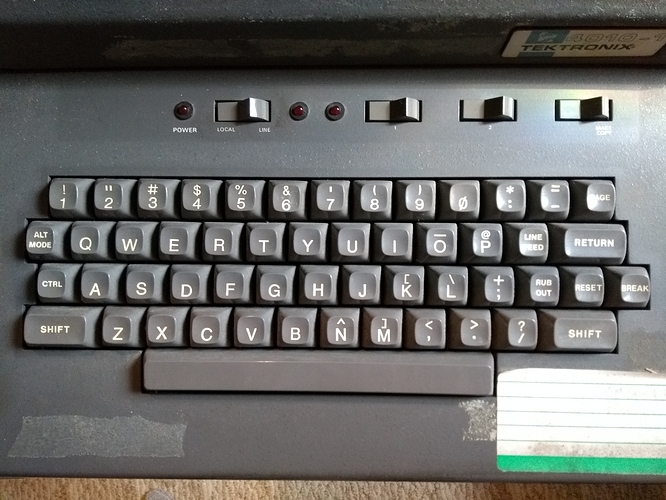 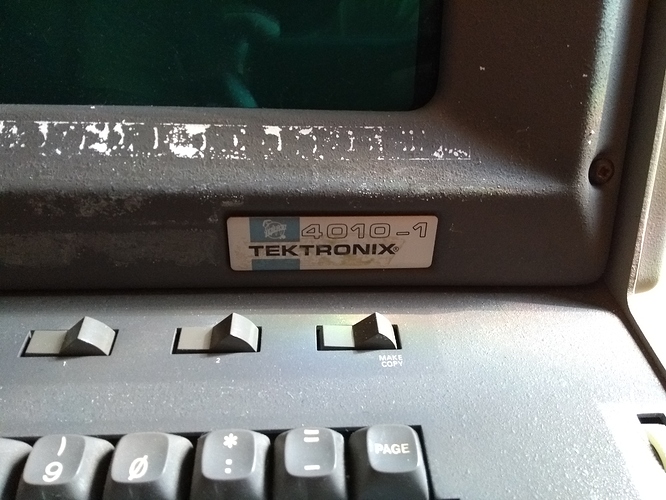 When I do the restoration I’ll get some shots of the internals. It has a bus architecture with the internal boards all wired in parallel. All terminal features are implemented in discrete logic and LSI devices like UARTs, it has no CPU.

No CPU? That does surprise me. Not even one made of LSI?

One of my strong recollections is the power switch, in just the right position to catch with your toe if leaning back on the chair to have a think. Perhaps this is why chairs now have wheels.

As I understand it there’s not even a discrete CPU as we would think of one, but I’d welcome a complete description of how it works! I believe it has a simple UART-ROM-and-glue-logic state machine.

One of my strong recollections is the power switch, in just the right position to catch with your toe if leaning back on the chair to have a think.

… and yes, the power switch is on the stand under the keyboard on the right-hand side, I can definitely see that being easy to catch! 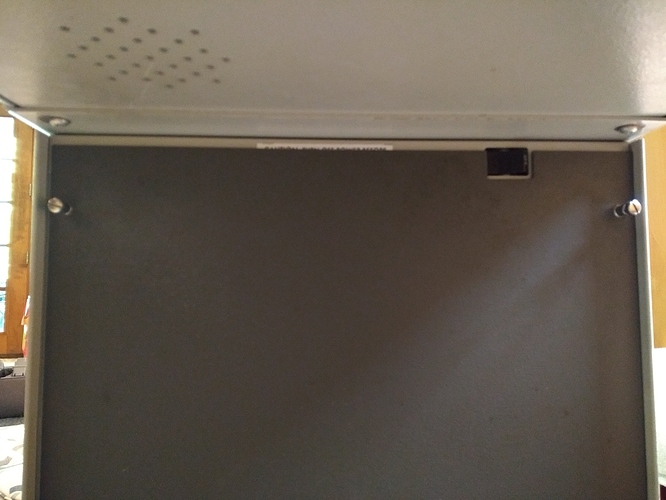 While I was down there, I got some glory shots. 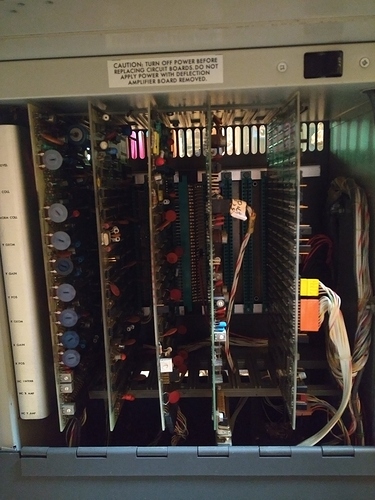 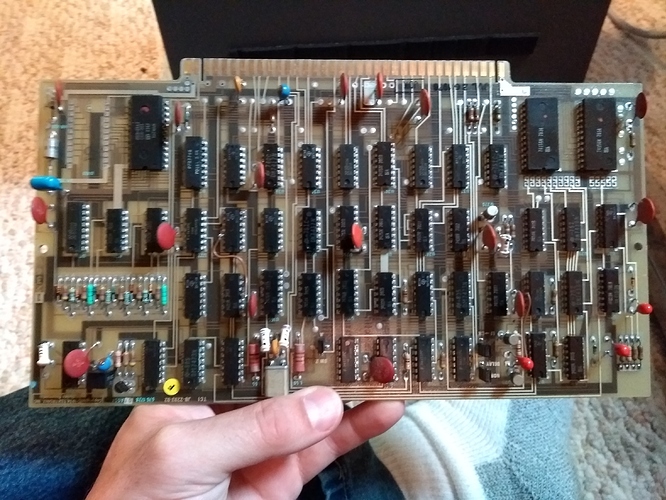 (Pardon the terrible quality, these are quick cell phone snaps. I’ll make a proper thread with real photos at some point, I hope.)