I was reading about mechanical calculators - there are so many more basic mechanisms in use than I thought! Here’s a quick speed test of four machines to get you warmed up:

Here’s a presentation in PDF explaining many systems, from Leibniz and pinwheel to the speedy silent Marchant seen above: lots of mechanical drawings, and the Curta examined too. 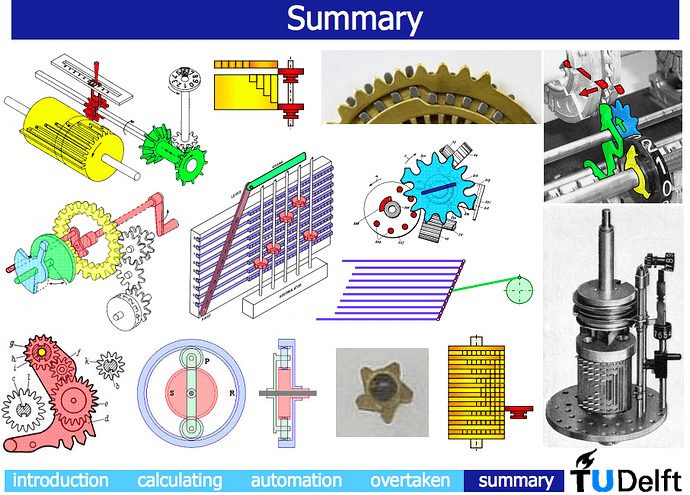 Here’s John Wolff’s Web Museum as linked from that presentation, but in a new location:
Marchant Figurematic - The Multiplier

What got me started down this rabbit hole? An unexplained mystery, a topic on a forum since deleted, titled “Amazing multiple Curta…”

Edit: a bonus, Part 1 of the calculator presentation:
Adding Machines and the Difference Engine

I have a small interest in mechanical calculators (and a small collection!)

That video is entertaining, but these are electro-mechanical devices - they have a motor! The 100 subtractions is a divide (and I think he was dividing 100 by 1). So really just a test of the maximum speed you can drive the gears at before they start to skip/slip and wear out…

Before (and well after) these types of calculator was the “Comptometer” type. These rely on a human bashing the keys, so that’s the limiting speed, however trained operators were very, very fast! Young women (for that’s what they were) would go on training courses lasting weeks to months to learn how to use them and learn all the short-cuts and tricks.

The advantage of this type is that you can push many keys at once, so to enter 123, you push the keys in the 3 right-most columns at the same time with the same (right) hand. The training was like learning to touch type, but “more”.

One thing I think we can learn from the Comptometers was the feedback - when you “zero” the device, you pull a crank - but then, there are 2 forms of feedback, one visual (the result register digits were offset and to the un-trained eye, it looked like it might be broken!) and on the very first number entry a bell would ring.

Trained operators would look and listen for this. So with 8 fingers, you can enter an 8-digit number in a single push, then add another 8-digit number with another single push. In the hands of a trained operator, this is faster than adding on a modern electronic calculator. Multiplication is the same old shift and add process, so may be slower, depending on the length of the numbers. Subtraction? Well, we all know binary computers can’t subtract, but they can add 2s compliment numbers, and the same here - to subtract you add on a 9s compliment number and hold the carry and the keys, numbered 1 to 9 up the keyboard are also numbered 0 to 8 down the keyboard.

And as a point of interest, the Comtometer in that PDF above is the similar to the one I have - note the right-most column - it goes up to 11! … This wasn’t some pre-spinal-tap subliminal message, but shows that it was a British one designed to handle Lsd, (librae, solidi, and denarii.), or Pounds, Shillings and Pence - 12 pence to the shilling, 20 shillings to the pound. Also note that it has 8 columns next to those, capable of counting up to £99,999,999 … ie. 100 million pounds! I wonder how many times the left-most column was actually used … There is no zero because.

Anyway, now where was I …

Before (and well after) these types of calculator was the “Comptometer” type. These rely on a human bashing the keys, so that’s the limiting speed, however trained operators were very, very fast! Young women (for that’s what they were) would go on training courses lasting weeks to months to learn how to use them and learn all the short-cuts and tricks.

Yes. One day I’ll do some videos of mine…

I’ve tried to find some videos of a trained operator using one - I did see one a few years back and it was quite impressive, but my search-fu is failing me right now.

(I couldn’t find any speedy comptometery either, but I did just watch some flash anzan, which was amazing.)

On the very general topic of mechanical calculators, I did find this:

This is nearby but isn’t a comptometer: