Recently purchased but not collected yet a LSI computers LTD M-Four series computer. this computer was made in Surrey England around 1982 but that’s as much as I know about it or the company itself Google brings up very little mainly earlier and later machines.

Would anyone on here have any experience with these machine or the history on the company itself. 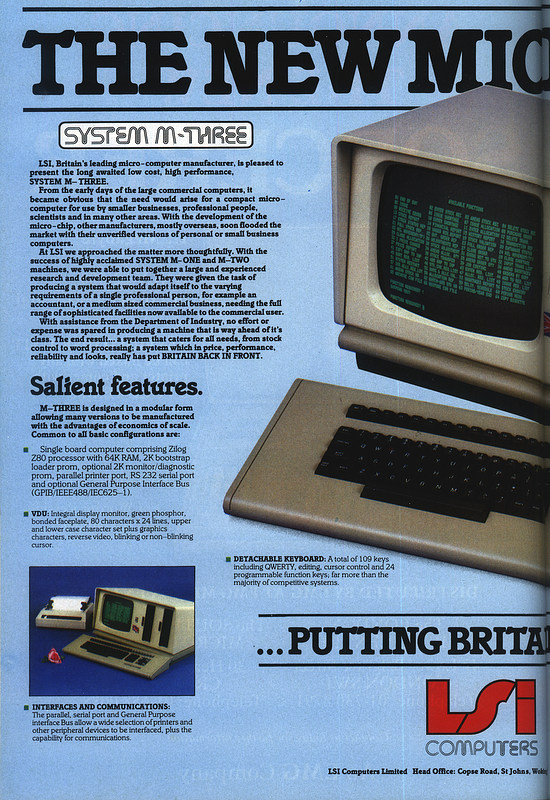 LSI advert: "The new micro from LSI - Putting Britain back in front"

Another random entry in the "who?" category, from a paid-up flag-flying British computer company (which claims in the advert to be Britain's leading micro-computer manufacturer). It's for a Zilog Z-80-based micro with 64K, together with an integral... 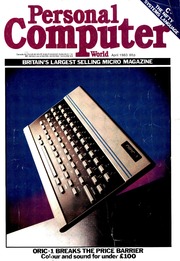 Oh, the difference is, that the M4 has 2 CPUs, Z80A + 8088, for CP/M and MSDOS.
Some few info about the company here on this M3 restoration thread, there’s another related company called C.P.U. Computers Ltd
https://torlus.com/floppy/forum/viewtopic.php?t=3453

Thanks for digging that up. that’s a big help and wealth of info. I’ll have to hunt for the systems disks, if they even exist anymore. I was hoping that it was just a basic Z80 machine and would only require a standard copy of CP/M with the BIOS modified to get it running again.