Images of Commodore floppy disk formats and data with some discussion of the sectoring and non-standard formats used for efficiency and copy protection.

I looked up how these drives managed to vary the sector count. It turns out there’s a 16MHz crystal which then goes through a programmable divider to produce 4 different clocks for the bitrate: 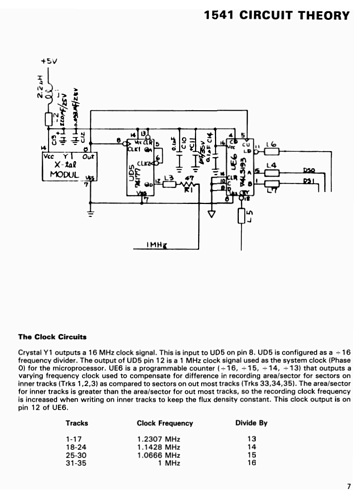 On the other hand, Apple’s floppies in the early Macs spun the drive motor at variable speed - which might give finer control but presumably also imposes some settling time. From the Floppy Emu pages:

The Sony floppy drives that are used in Lisa and Macintosh computers operate differently from the floppy drives in virtually every other computer, and these differences make it challenging to create a Mac/Lisa floppy emulator. Unlike other drives which spin at fixed speeds, the Sony drives spin at a variable rotation speed, depending on which track is being accessed. The drive reports its current rotation speed to the computer, and the computer will check that the speed is within an acceptable range before performing any disk I/O.

Here’s an odd fact. Chuck Peddle, who invented the Set Overflow pin on the 6502, later used in Commodore’s floppy drives as a very fast polling mechanism, was involved in the design of the Victor Sirius machines, which also have a variable density but this time by motor speed control:

Chuck achieved very high capacity diskettes through the use of constant bit-density. He did this on the Victor/Sirius machine through variable speed drives but he had done it before on the Commodore products through variable clock rates. 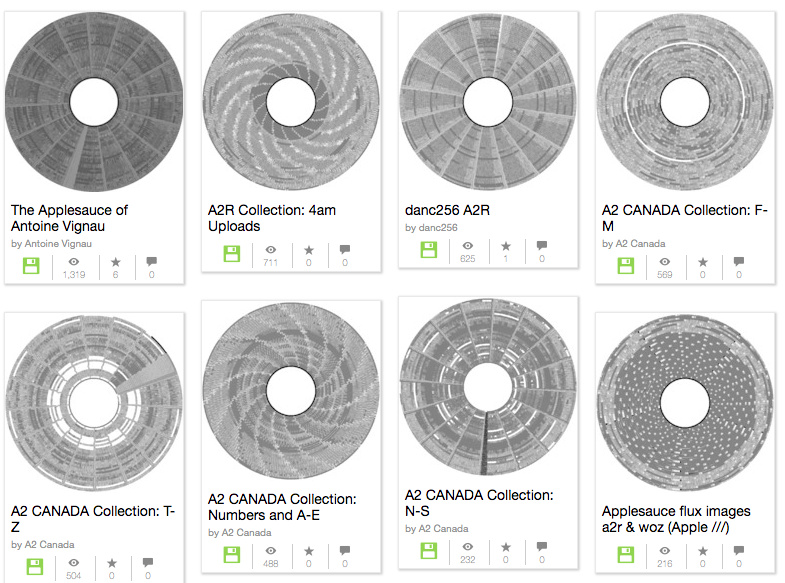 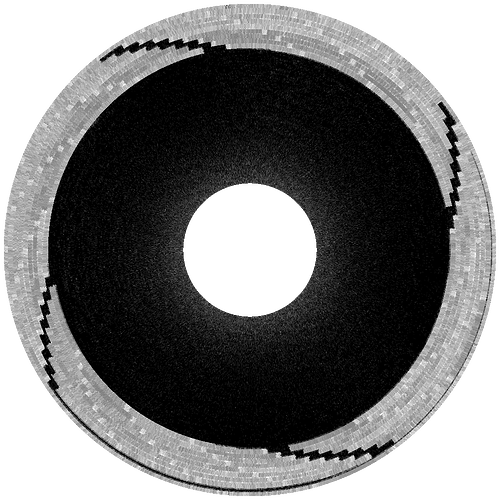 Once again, Apple II super-cracker 4am has provided us with a challenge. SpiraDisc was a complicated copy-protection system used with some Apple II games such as Frogger and Jawbreaker to prevent piracy. Every quarter-rotation of [more...] 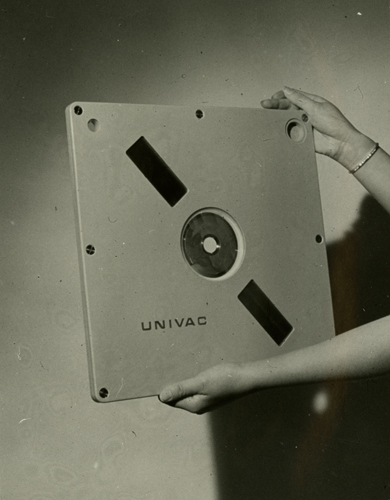 (Univac removeable disc cartridge | 102664700 | Computer History Museum)
Univac 9000 Series Disk Prototype, 2.2 MB of capacity. J. Presper Eckert describes it in his speech “Industry Science & Technology in Last Third of the Century, 1966” as “A small removable disc cartridge shown…”. Considered too expensive at the time, the technology used to develop this ended up as Univac’s 8400-series disk pack, which held four platters in a large removable drop-in cartridge the size of a washing-basket – the first removable disk based storage system to reach market, in 1971.
And to think that some people hated the 3.5-inch 1.44 MB floppy disk (“diskette”) because was too big for so small storage…

I see Michael has published a related article, on optimising the packing of data onto the 5¼" floppy: