The Digital Equipment Corporation gets credit for building the first minicomputer, the PDP-1. But did they really? How about a computer that came out three years earlier, smaller, cheaper, and used less power? In fact, “desk sized.”
The computer itself fit entirely within a cabinet 26 inches by 33 inches by 44 inches: the size of a small “student desk.” It had a single peripheral: a Flexowriter typewriter, roughly the same as a teletype. It plugged into a standard 120V mains wall outlet and used 1500 Watts, about the same as a hair dryer. It sold for $47,000.
The design of the machine is astounding. It used vacuum tubes, but only 113! With those it implemented 15 flip flops. Fifteen – for a 31/32 bit computer! Main memory was a rotating drum. Similar to the RCA Cosmac twenty years later it implemented CPU registers in main memory (on the drum.) The drum held a total of 4096 words of 31 bits each.
Amazingly, essentially full ALGOL was implemented on this machine.
The Wikipedia article is pretty good. There are some other good pages to be found through Google.
As mentioned in an earlier post about Margaret Hamilton, she started out on one of these machines.
Personally, I think this machine should be classified as the first minicomputer. But that’s just me.

A great machine! There’s a mini-version as an FPGA project which I find very appealling - it’s as small as the user interface panel on the original:
http://www.e-basteln.de/computing/lgp30/lgp30/ 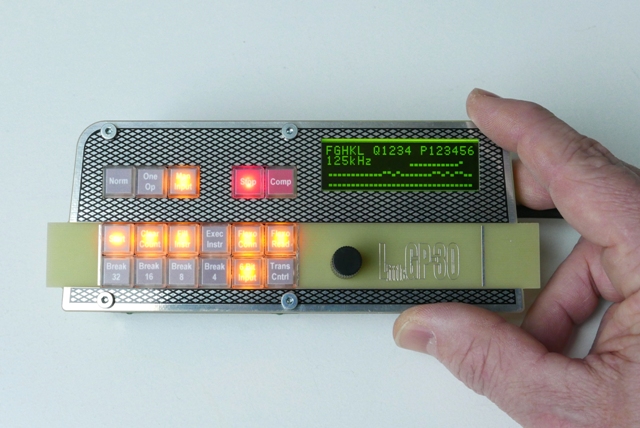 I always have the LGP-30 inextricably linked with another machine, the Bendix G-15, and I’m not sure why. They are both minimal, bit-serial, drum-based desk-sized machines from 1956. Not sure if they share a technical connection. It’s interesting to consider how expensive flip-flops were and how difficult the problem of inventing a usable computer memory: the drum-based bit-serial machines were a great fit for the available technology. And without serially-accessed primary storage, we wouldn’t now be calling RAM RAM, I think.

Oh, there’s a must-see video of the LGP-30 warming up.

I always have the LGP-30 inextricably linked with another machine, the Bendix G-15, and I’m not sure why.

I do as well. I think they were very similar machines from very much the same time, and unlike most anything else. So it’s probably natural for us 60 years later to lump them together.

Feels like it’s worth trying to draw some distinctions between the two machines. They were similar in cost, weight, complexity, and sales (some hundreds sold, very much mass-market at the time). Similar drum rotation rate and similar word lengths (29 vs 31 bits) and the same year of introduction. Both machines had multiplication instructions - surprising to a 6502 fan like me.

The G-15’s designer had worked with Turing on the ACE. (And it was the first machine Ken Thomson used.) The drum is laid out with 20 long lines, and four short lines of 4 words each - that’s somewhat like a register set. Seems G-15 had more peripherals including card punches, Mylar tape, and a differential analyser.

The LGP-30’s drum had twice the capacity at 4k words. Looks like it might have had more by way of high level language support. As claims to fame, the machine features in The Story of Mel and was used by Lorenz in weather modelling (and, it turns out, by Margaret Hamilton.)

For a proper analysis, Wikipedia directs us to Birthing the Computer: From Drums to Cores by Stephen H. Kaisler which certainly looks very interesting.

The Digital Equipment Corporation gets credit for building the first minicomputer, the PDP-1.

I wouldn’t classify the PDP-1 as a mini computer, rather, it probably was the first workstation. (A powerful real-time computer in the price range which could be afforded by an institution only, but meant for single user deployment – and it came with a visual display and light pen input for things like CAD. Something the LLNL would use for experimental work and exploring problem domains, like computer vision or voice I/O – where it also became one of the first computers to use a mouse, even before the Engelbart demo. However, there was also a mainframe aspect to it, as it was also the machine on which BBN pioneered timesharing – DEC then built a dedicated timesharing version, the PDP-1D, to BBN’s specifications and about half of the total machines produced ran headless as a server for the Canadian telecom. In specs it wasn’t much different from the IBM 1401, but more centered on real-time computing and I/O.)
When it comes to DEC and minis, I’d opt for the PDP-8, which came about 5 years later. And, yes, the price probably goes to earlier drum computers, like the LPG-30.

A lesser known story about the LGP-30: Much to its consequence, this is also the machine, which brought BBN (until then a psychoacoustics lab with close relations to MIT and Harvard) and J.C.R. Licklider into computing.
Here in the words of Leo Beranek, one of the "B"s in BBN (by this time, Librascope had transformed into Royal-McBee Co. and the machine in question is the LPG-30):

Licklider had been on staff only few months when he told me, in fall 1957, that he wanted BBN to buy a digital computer for his group. When I pointed out that we already had a punched-card computer in the financial department and several analog computers in the experimental psychology group, he replied that they did not interest him. He wanted a then state-of-the-art digital machine produced by the Royal-McBee Co., a subsidiary of Royal Typewriter.
“What will it cost?” I asked.
“Around $30,000,” he replied, rather blandly, and noted that this price tag was a discount he had already negotiated.
I exclaimed, “BBN has never spent anything approaching that amount on a single research apparatus. What are you going to do with it?”
“I don’t know,” Lick responded, “but if BBN is going to be an important company in the future, it must be in computers.”
Although I hesitated at first — $30,000 for a computer with no apparent use seemed just too reckless — I had a great deal of faith in Lick’s convictions and finally agreed that BBN should risk the funds. I presented his request to Labate and Baruch, and with their approval, Lick brought BBN into the digital era. Lick sat at that computer many hours each day, literally hoarding the machine, learning how to do digital programming.

Leo Beranek in, A Culture of Innovation – Insider Accounts of Computing and Life at BBN, Waterside Publishing, 2011; pp.33
http://www.walden-family.com/bbn/bbn-print2.pdf

Consequently (after some frustration over the limitations of the LPG-30), BBN picked up one of the two PDP-1B production prototypes (which came in 4 cabinets instead of the 3 of the final production model) and then the PDP-1D timesharing prototype, which brought BBN into networking. Without the humble LPG-30, neither BBN nor Licklider would have been in computing, nor networking – and there wouldn’t have been the ARPAnet or the Internet, either.

Edit: Since BBN was also a very important key customer (and bridgehead) to DEC and given the importance of the early acquisition of the PDP-1B prototype for DEC’s venture into manufacturing computers, without the LPG-30, there wouldn’t have been no PDPs, no VAXes, etc, as well.

So I replaced the last, rather lengthy comment by an even lengthier blog post.
It is meant to provide a comprehensive overview (and to correct some of the Wikipedia stuff). 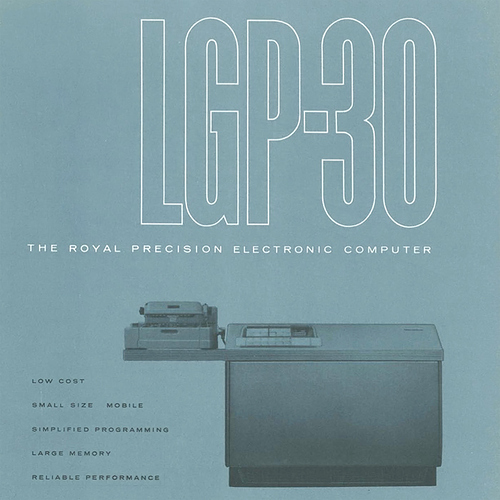 At least, there are a few nice images…