Learning COBOL: A Journey For The Modern Programmer

Am I in a blue mood, or something… 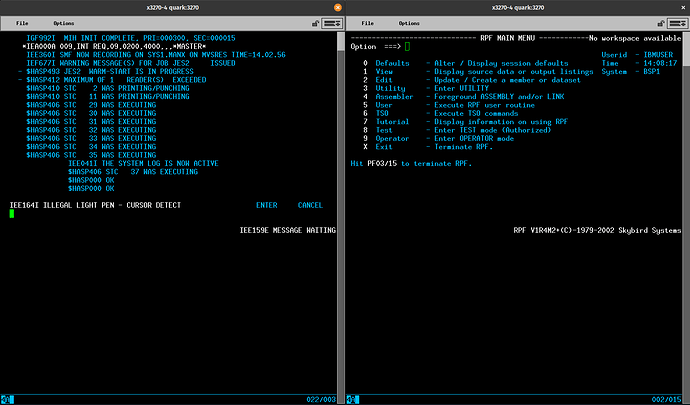 Learning COBOL: A Journey For The Modern Programmer

A guide to learning COBOL for the modern programmer.

I found it somewhat awkward at first (having done BASIC, Pascal, Imp77 and FORTRAN) however once I got off my lazy seat and actually read the book I discovered that the COBOL we were being taught was the dialect used by our lecturer when he worked for the bank on the mainframe (My course was initially aimed at churning out old style people to work in a bank or other strong traditional “mainframe” hierarchy!)

So I broke his mould - the programs I wrote worked so he couldn’t fail me, but he didn’t like it.

Then come 1999 I wished I’d kept up those old COBOL skills… Ah well!

I took COBOL in college as a “let’s learn this language too” class. As Computer Science, they didn’t require COBOL. My prof’s last name was “Aho” (No relation to Alfred Aho). He used to tell us that the correct way to pronounce his name was “Ah-ho”, unless you were mad at him, in which case it was “Ay-ho”.

But my first job out of college was all IBM mainframe and COBOL. I did that for 5 years before escaping for C/Unix and then FORTRAN/HP 1000. Never did any COBOL after that.

Now that I think of it COBOL might have been the first programming language I was subjected to, but not the first one I myself learned (which was 80s microcomputer BASICs). Namely, in his youth my father was a COBOL programmer (then later moved on to finance), and I remember looking at his books on COBOL, and I had an endless supply of tractor feed paper to draw at as a kid.

I have a book on Visual COBOL that I mean to read through at some point.

Strangely for these early computer languages I’m more inclined to learn them on modern systems just to see how the language has adapted.