Konrad Zuse and Computer Art (and the ER 56)

Some visual art, some poetry, some artistic shots of an early computer, in this 6 min short: 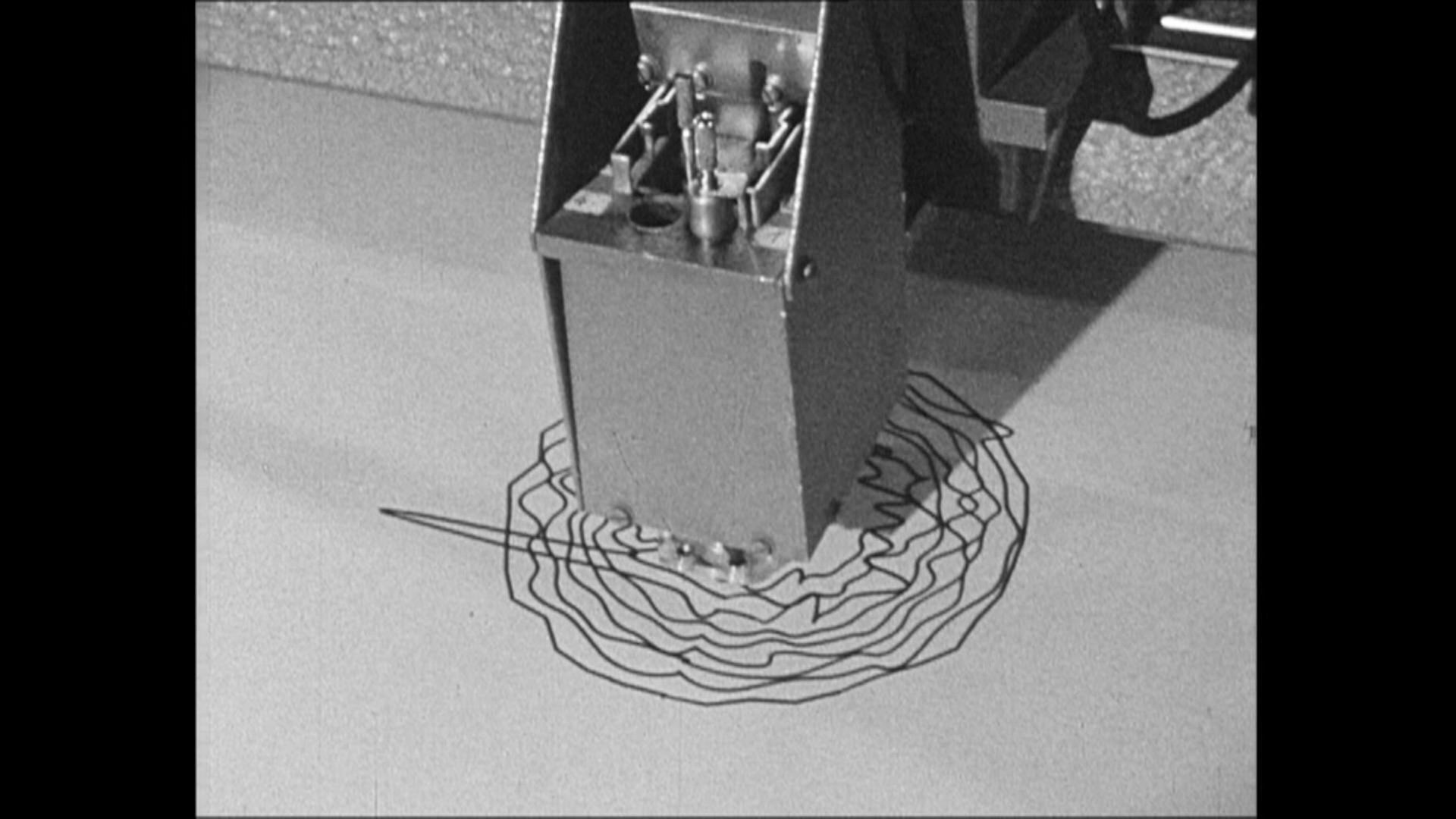 The computer is the ER56 from Standard Elektrik Lorenz a subsidiary of ITT. Details of the machine here (in German) - it’s got cores, a 12000 word drum, magnetic tape, paper tape, punched cards, printer and keyboard(?) with all peripherals connected by crossbar. The logic, according to this 1961 survey of European computers, is diodes and transistors although there’s footage of valves (tubes) in the video above. Nice console with decimal display using light projection for the digits:

Looks like the word is 7 decimals, and both single and double fixed point is supported, as well as floating point. Multiplication is in the millisecond range. It has multiple (small) core memories to be used as I/O buffers for the peripherals, via the crossbar. (See p13 of this report, via wikipedia)

Twenty ER 56’s have bee installed or are on order (Oct. 1959). Several special purpose installations have been built. e.g. for permanent stock control and bookkeeping in a large mail order house, for airplane seat reservation, for car transport reservation on a ferry boat service, etc.

Thanks!
60s arts were not the earliest ones. And the ape made better art.
Every German who lived in the 70s know the commercials ITT Schaub Lorenz for TV sets and radio. Fast spoken, German pronounced e teteh. I mainle knew the SEL Z80 trainer, similar like the ITT MP Experimenter. I think SEL and it’s logo was more known than Standard Elektrik.